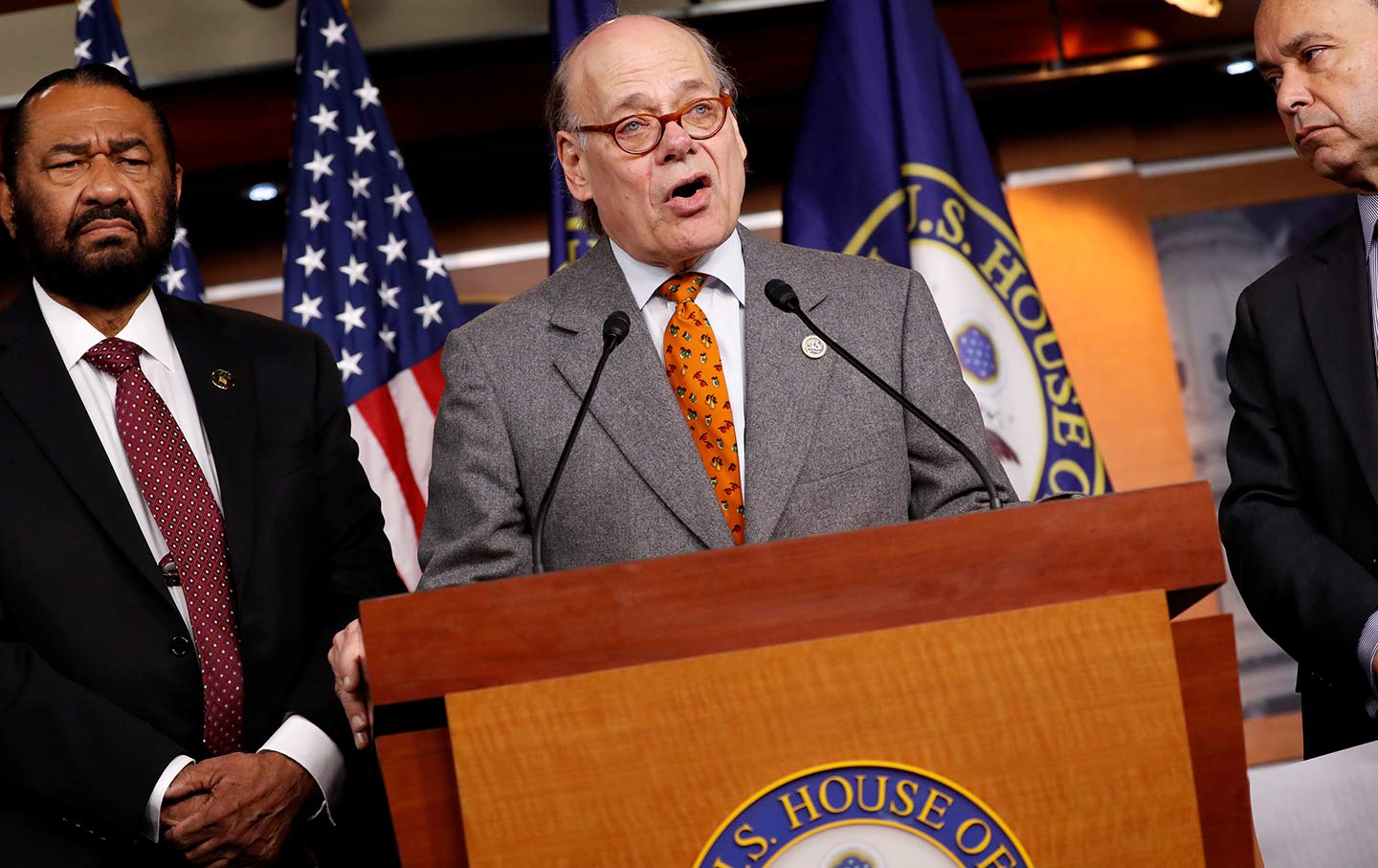 “Given the magnitude of this constitutional crisis, there’s no reason to delay,” Tennessee Congressman Steve Cohen said this week, as he and a group of colleagues announced five articles of impeachment against Donald Trump.

The Tennessee Democrat, who serves on the House Judiciary Committee as the ranking member of the Subcommittee on the Constitution and Civil Justice, explained: “There are already sufficient facts in the public record that warrant the start of impeachment proceedings in Congress.”

Cohen is correct in this assessment. And he is correct when he says, “The train of injuries to our Constitution must be brought to an end.”

The grounds for impeachment are sufficient, and they are well established. The articles of impeachment that the congressman from Memphis and five colleagues have prepared speak to concerns that have been raised and reviewed—in some cases from the first days of Trump’s presidency. It is true that the independent inquiry by Robert Mueller and other investigations may add to the list of impeachable offenses, but that is no excuse for Congress to stand aside for months or even years as Trump continues to present what Congresswoman Marcia Fudge (D-OH) refers to “a clear and present danger to our democracy.”

Cohen, Fudge, and House Democrats Luis Gutierrez of Illinois, Al Green of Texas, and Adriano Espaillat of New York are calling on the Judiciary Committee to open hearings on executive-branch accountability and the impeachment issue. That won’t go over well with Republicans who control the committee and who, like House Speaker Paul Ryan, remain fully in the service of Trump’s lawless presidency.

The proposal for opening the impeachment process will also face resistance from top House Democrats, who have adopted a cautious approach in their resistance to Trump and Trumpism.

But House members who have stepped outside the Washington bubble, and who choose to follow the dictates of the Constitution rather than an ill-thought-out imagining of political expediency, are signing on to the latest initiative. “Congress has the power of impeachment when behavior by the President puts the nation and our laws at risk and I think we are at that point, despite the ongoing, important investigations,” says Congressman Gutierrez.

Congress needs to step in when there is evidence that the President is interfering with the judicial branch, obstructing or disrupting investigations, or if the President is profiting improperly from his office. This is the start of a long process and it needs to get started now because as a Member of Congress and as a member of the Judiciary Committee, it is my job.

While Cohen and others have suggested ideas for why Trump should be impeached, the articles are specific—and damning. Their substance is presented below.

Article I: Obstruction of Justice

Donald J. Trump, in violation of his constitutional oath and obligations, has engaged personally, and through his subordinates and agents, in a course of conduct designed to delay and impede an investigation and to conceal information sought by the Federal Bureau of Investigation in the course of its investigation into Russian interference with the 2016 United States presidential election, including any possible collusion between Russia and Donald J. Trump.

Article II: Violation of Article I, Section 9 of the US Constitution—Foreign Emoluments

“No Title of Nobility shall be granted by the United States: And no Person holding any Office for Profit or Trust under them, shall, without the Consent of the Congress, accept any present, Emolument, Office, or Title, of any kind whatever, from any King, Prince, or foreign State.” —Article I, Section 9

Donald J. Trump has accepted, without the consent of Congress, emoluments from foreign states.

Article III: Violation of Article II, Section 1 of the US Constitution—Domestic Emoluments

“The President shall, at stated Times, receive for his Services, a Compensation, which shall neither be increased nor diminished during the Period for which he shall have been elected, and he shall not receive within that Period any other Emolument from the United States, or any of them.” —Article II, Section 1

Donald J. Trump has accepted emoluments from the United States other than this presidential salary.

Article IV: Undermining the Independence of the Federal Judiciary and the Rule of Law

Donald J. Trump, in violation of his constitutional oath and obligations, has engaged in a pattern of conduct designed to undermine the authority of the federal judiciary to carry out its constitutional responsibilities, including:

Donald J. Trump, in violation of his constitutional oath and obligations, has engaged in a pattern of conduct designed to undermine the freedom of the press guaranteed by the First Amendment to the United States Constitution, including:

Donald Trump is a threat to our national security and to our justice, and once and for all, we are taking a stand to formally call for his impeachment in the name of our constituents, in support of our Constitution, and for the protection of our Democracy. Trump is dangerous and nearly every month that he has served in office, Americans have witnessed some violation of our values, civil liberties, and access to opportunities that represent who we are at home and to our allies around the world. Mr. Trump is failing and has turned back the clock on the more than 50 years of progress our country has made in civil rights and equality. He has obstructed justice, violated the Constitution, and undermined the independence of our judicial system and the freedom of the press. The evidence is there, and the course of action is clear. It’s time to impeach Trump now.

Ed’s note: This post originally misstated Representative Marcia Fudge’s name, and has been updated to reflect the correct spelling.