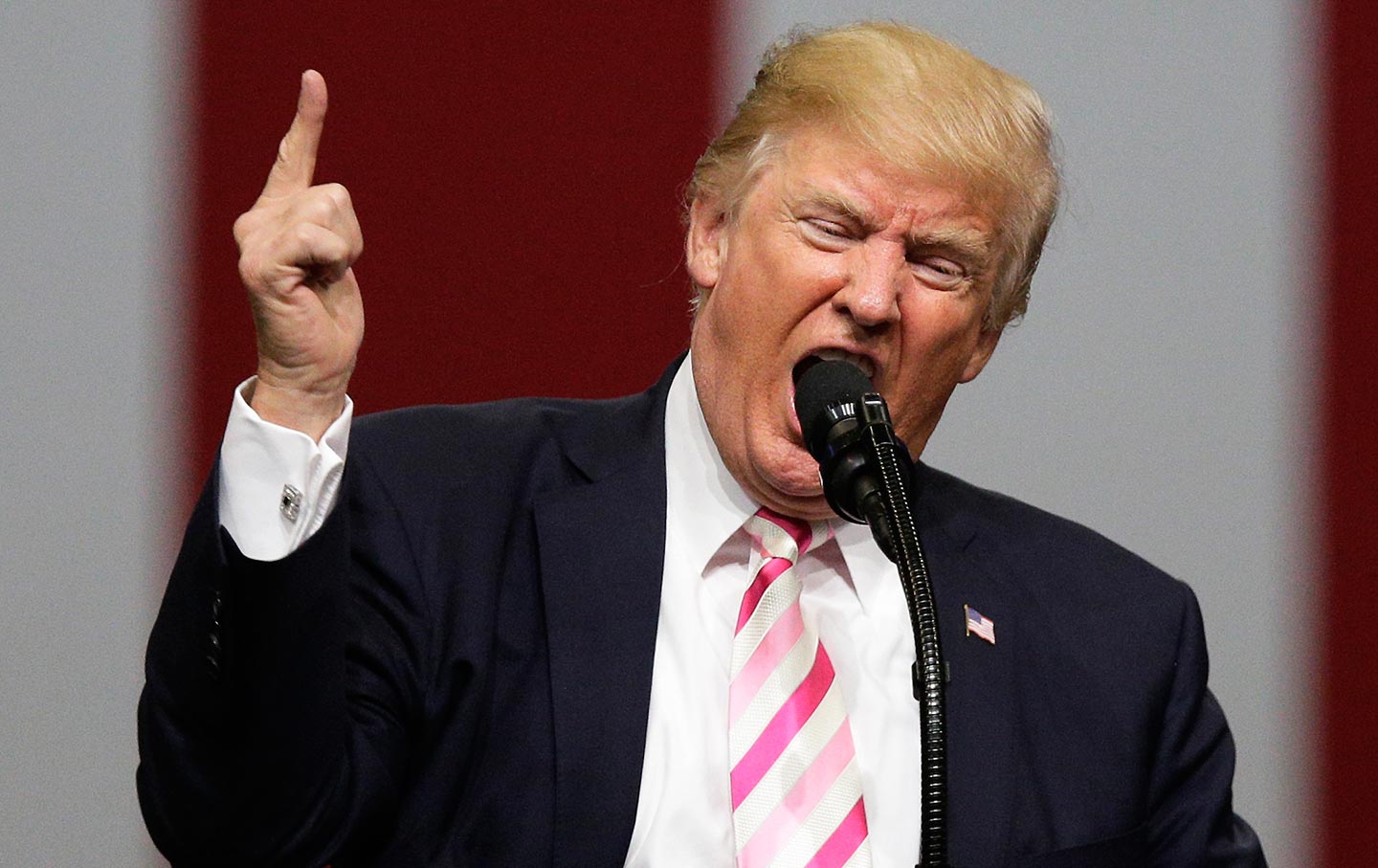 The fact that Donald Trump behaves in a fashion so profoundly inappropriate for an adult male, much less the most powerful person in the world, presents a challenge for the mainstream media. Every day the news gives journalists a new wonderment. Trump’s own secretary of state reportedly thinks that he’s a “fucking moron.” The Republican chair of the Senate Committee on Foreign Relations tweeted that the White House was “an adult day care center” for a president whose “reality-show” behavior could lead to World War III. Barely an hour goes by without Trump saying or doing something that would have been unthinkable for any president before him. And those rare moments of quiet from Trump are filled with the malevolent actions of a clown car full of his cabinet appointees, including Betsy DeVos, Jeff Sessions, Scott Pruitt, Rick Perry, and Ben Carson, among others.

Secretary of State Rex Tillerson’s and Senator Bob Corker’s statements may be opening a door to a more honest discussion. But up until now, most press coverage of the Trump administration has been to enable, rather than expose, the president. No matter how absurd his actions, he has continued to benefit from a campaign of normalization based on a combination of purposeful blindness, wishful thinking, and a commitment to outdated professional mores.

Examples of this phenomenon abound. There is The New York Times’ Peter Baker, making the nonsensical case that, although Trump was elected “as a Republican last year, [he] has shown in the nearly eight months in office that he is, in many ways, the first independent to hold the presidency since the advent of the current two–party system around the time of the Civil War.” But while it’s true that Trump bickers with Republican leaders and has enjoyed the occasional cordial meeting with Democrats, Baker’s thesis largely ignores Trump’s pursuit of extremist right-wing policies on consumer regulation, tax policy, labor rights, LGBTQ–related issues, defense spending… indeed, absolutely everything. Baker, like almost every reporter in the White House press corps, evinces little interest in policy. Personality is all, and Trump’s trumps them all.

The Times does deserve credit for its willingness to employ the word “lie” in Trump’s case—the first president ever to earn that honor. This is not true of The Washington Post, however. Despite the fact that the Post, like the Times, reports aggressively on the carnival of White House malfeasance and misanthropy, editor Marty Baron refuses to allow its reporters to provide this crucial crumb of context. “I think you have to actually have documentation, proof, that whoever you’re saying lied actually knew that what he or she was saying was in fact false,” he recently explained. And yet Baron is also unwilling to accept the only other explanation for Trump’s behavior: The president is nuts. 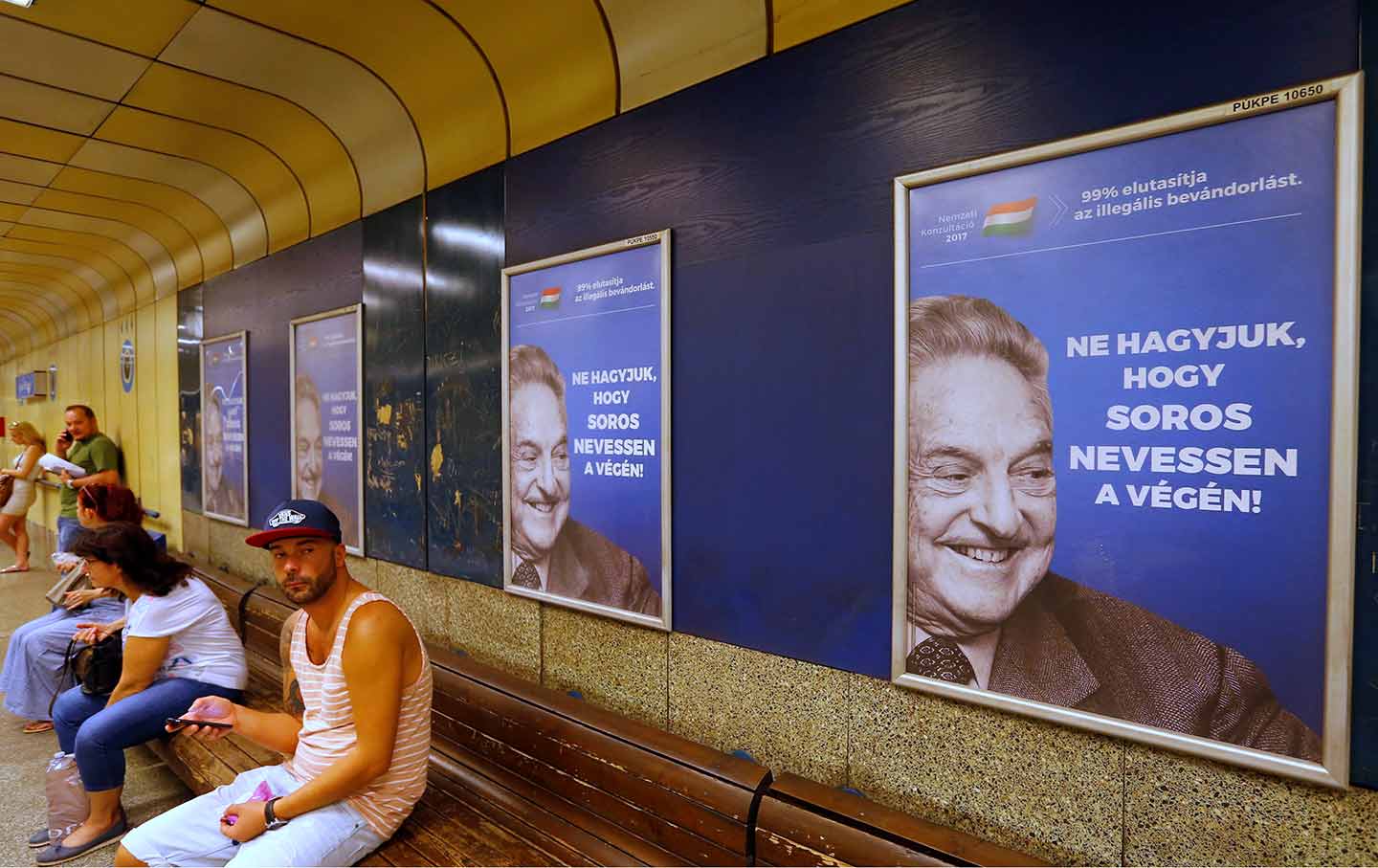 There’s no question that Trump is a pathological liar. He lies all the time, often for no discernible reason. The Washington Post has tallied 1,318 “false and misleading claims” in his first 263 days in office. You may have missed the fact that, in the space of a few days following the most recent collapse of the Republican effort to repeal Obamacare, Trump insisted on seven separate occasions that the vote failed because “somebody [was] in the hospital.”

But nobody was in the hospital. The alleged somebody to whom Trump was referring, Thad Cochran (R-MS), tweeted this himself, and his office repeatedly corrected the president. But Trump didn’t notice or care; he simply kept on lying. When asked about this bizarre behavior, the best that any of his enablers or aides could come up with was that Trump was “just, you know, doing his thing.” So which is it, Mr. Baron: liar or lunatic? (I cast my vote for both.)

The mainstream media have no language to describe this situation. It’s hard to grasp just how weird—and dangerous—it is that this maniac is America’s president. Tony Schwartz got to know Trump as the ghostwriter for his book The Art of the Deal. His assessment? “Trump is willing to start a NUCLEAR WAR & kill tens of millions of people to divert attention from his failures. He is a madman.”

Too many members of the media find themselves intellectually paralyzed by this president. Reporting on him truthfully, in context, and explaining just how outlandish his behavior is involves violating journalistic taboos that were put in place when the presidency was not occupied by a psychopath with only the most tenuous grip on reality.

Denial is the only mode in which these institutions feel comfortable operating. This explains why we keep reading stories about how Trump is somehow all of a sudden acting “presidential” when he happens to say or do something that is at least imaginable coming from one of his predecessors. For instance, following the Las Vegas gunman’s killing of 58 people at a country–music festival, Trump gave a speech in which he failed to praise Nazis, attack black quarterbacks, mock Hispanic mayors whose cities were underwater and without power, or insist that Barack Obama was born in Kenya. (Of course, the mass murderer was white and not Muslim, Mexican, or black, so the massacre did not offer Trump an opportunity to stoke his base.) Afterward, one could almost feel the combination of relief and release with which CNN’s John King told his viewers, “I don’t think that, whatever your politics are, there is anything you can take issue with [in] what we just heard from the president of the United States.” Trump’s words were, he insisted, “pitch–perfect.” The network’s Jeff Zeleny then praised the president as “a unifier,” while Poppy Harlow warned against any naysaying: “This is the time to bring the country together.” There hadn’t been such joy inside a CNN studio since Fareed Zakaria was so thrilled by Trump’s bombing of Syria.