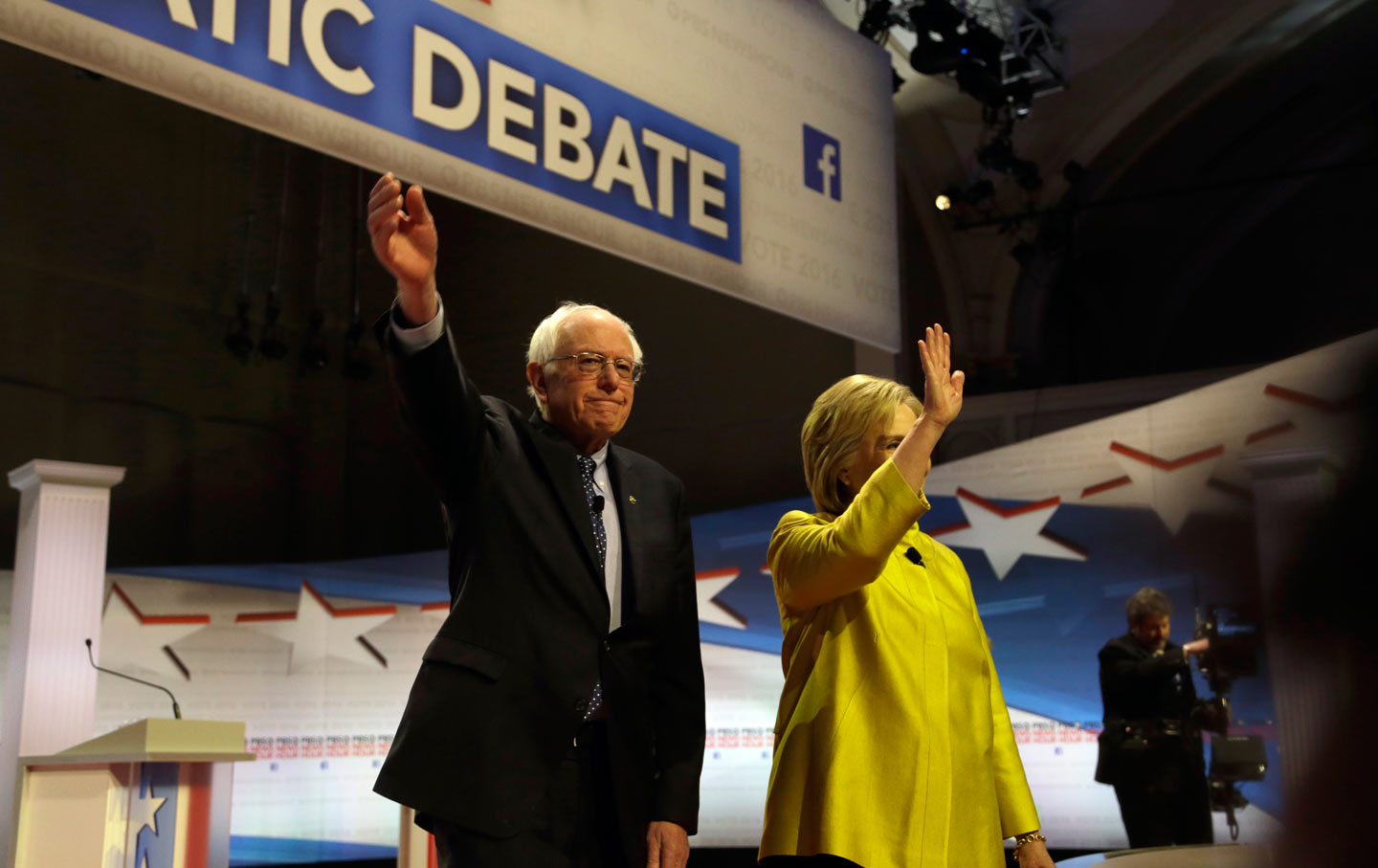 Sometimes a party has to be proud of its traditions. One of the most powerful moments for Senator Bernie Sanders in the last Democratic debate came when he was asked to name leaders whom he admired. “What [FDR] did is redefine the role of government,” Sanders said, “We are a nation which, if we come together, there is nothing that we cannot accomplish. And kind of, that’s what I see our campaign is about right now.”

For decades, Democrats have spent much of their time running away from their own shadow. They agreed with Jimmy Carter and Bill Clinton, thinking that the only way for liberalism to survive in the Age of Reagan was to concede on key principles and to shift sharply to the center. “The Era of Big Government is over,” Clinton announced in his 1996 State of the Union address. “No presidential utterance has come to me as a more unpleasant surprise,” Barney Frank recalled. Even Barack Obama, one of the most progressive presidents we have had since Lyndon Johnson, has often been extraordinarily timid in embracing his party’s traditions in an elusive quest to court the center.

The tension over the party’s identify has been behind much of heat between Sanders and Hillary Clinton. Sanders is running as an unabashed liberal, an unrepentant fan of the New Deal and its legacy. Clinton remains more of an enigma. Her opponents have painted her as being in agreement with her husband’s famous centrism. Clinton’s allies contend that the charges are unfair, insisting that she, too, is rooted in progressive politics.

This debate is not new. The civil war for the heart of the Democratic Party started in the 1970s when a number of Democrats believed the only response to the rising strength of the conservative movement was to distance themselves from the “L word.”

President Jimmy Carter, elected in 1976, was one of the prime movers in the centrist strategy. Since running, Carter had spent much of his time moving away from party orthodoxies. He rejected many of the party’s central policies, pushing for deregulation and keeping at arm’s length from the union movement.

Massachusetts Senator Ted Kennedy strongly disagreed. Kennedy, who had become a top advocate of single-payer health insurance, never liked the president. After one tense meeting about national health insurance, Kennedy held a press conference to say Carter had shown a “failure of leadership.”

Kennedy campaigned as the voice of the New Deal coalition: organized labor, African Americans, Latinos, Jewish Americans, women, and young Americans. On March 25, Kennedy enjoyed his first big victory in the New York primary. Writing in The Washington Post, David Broder said: “The longer [Kennedy] campaigns, the more he sounds like the authentic voice of 1960s liberalism, a passion for what he called ‘economic democracy and social justice’ that found expression in ambitious, interventionist, activist government programs.”

Over the next few months Kennedy scored a number of impressive victories, such as in California and New Jersey, but not enough to secure the nomination. Carter traveled to the convention in New York City that summer bruised but with enough delegates to win the nomination.

But Kennedy’s address to the delegates stole the show. He delivered a rousing speech that called on Democrats to “renew” the party commitment to economic justice. He reminded his audience in a direct poke at Carter that “our cause has been, since the days of Thomas Jefferson, the cause of the common man and the common woman.… Let us not forsake that tradition.”

Chants of “Ted-dy” filled Madison Square Garden. Many supporters left the Garden truly inspired. A 24-year-old Joe Trippi, who managed the Utah and Texas delegations, later said, “I learned that the cause and what you believe in are everything.”

Kennedy’s loss meant that Democrats would move in a different direction, even though Reagan defeated Carter in the election. The new voice of the party to emerge would be Bill Clinton, whose Democratic Leadership Council pushed an agenda that left little room for the ideas that had been created in the 1930s and the 1960s. While Republicans have continued to be enthusiastic about their history, Democrats have often tried to hide from the past.

This primary season feels different. It has been a while since Democratic candidates competed to prove who was more progressive. Regardless of what one thinks of Sanders, it is hard to ignore the fact that, just like Obama in 2008, he has run a campaign that has been defiant about the centrality of government to a healthy republic, the need to guarantee social equality and push back against all forms of discrimination, and about the need for institutions that offer countervailing power to the influence of big business.

Sanders should continue to move forward with this campaign regardless of whether experts think that he is too off-center to win a general election. Just as important, Clinton needs to make a decision as well. She is not her husband, and it has been unfair to tarnish her reputation through this association. But she has not yet made fully clear enough what she thinks of Franklin Roosevelt’s and Lyndon Johnson’s accomplishments and how she will advance what they have done. The mystery about her core values is part of what has made her ties to Wall Street that much more suspicious. Rather than reject Sanders’s argument, as a Democrat she should join in a debate about who would do a better job actually fighting for average Americans through a robust approach to government and nurturing a coalition that could help win these battles on Capitol Hill.