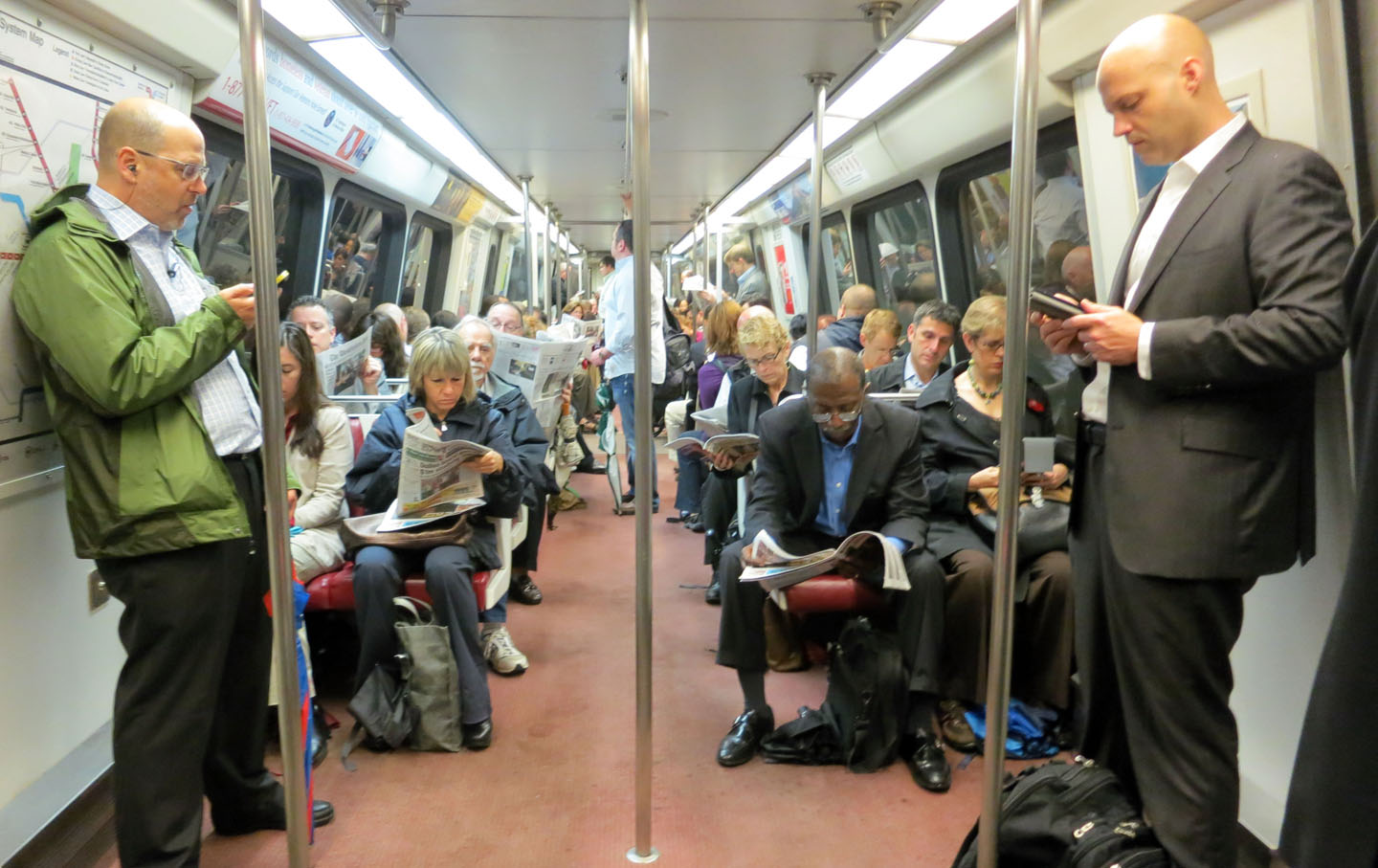 For most Americans, a sick day is a workday. If you want to get paid, you don’t stay home. Not even when you or your child are ill, not even if you just gave birth.

Most private sector workers in the US have no paid medical leave benefits; just 12 percent have employer-sponsored paid family leave. Most low-wage workers risk income or losing their job if they take a single sick day. But in the nation’s capital, workers might soon be able to take four months for medical care. A new proposal in the DC city council would offer 16 weeks of paid medical leave—the strongest such policy in the country, according to Council Members David Grosso and Elissa Silverman, who introduced the bill this week.

The program would be financed through a city-run fund based partially on fees from employers, estimated at up to 1 percent of their payroll.

The scheme would provide full wage replacement for the first $1,000 of average weekly income, and for income above that, provide half of average earnings, with a maximum weekly benefit of $3,000.

Studies on paid leave have shown that the overall economic gains significantly outweigh the costs.

The proposal dramatically extends an existing paid leave program that guaranteed eight weeks of family leave for municipal workers, covering both public and private sector employees in the city, or more than 740,000 workers altogether.

Upon first glance, the District doesn’t seem like a bastion of progressive urban policy: DC is one of the most economically polarized places in the country, with massive wealth divides between blacks and whites. Amid swelling costs of housing and childcare, about one-fifth of DC families with children are headed by single parents, most with incomes of less than $50,000 a year.

But these devastating inequalities may be exactly why DC is driving toward a comprehensive family leave policy. In a statement to The Nation, Grosso says his position as Chair of the Council’s Education Committee has made him aware that “the first years of a child’s life are critical to eventual academic success, and paid leave is a part of that equation,” complementing the city’s new initiatives to offer universal pre-kindergarten and expand child care services.

Grosso added that DC’s extreme economic and racial diversity, coupled with “a unique jurisdiction based on our governing structure and congressional control” (the municipality runs as a standalone city), spurs political momentum to “move forward on progressive policies that otherwise get weighted down in the mire of in-fighting and party politics.”

DC is at the forefront of a growing nationwide consensus that paid family leave is vital for stabilizing the labor force and modernizing workplaces.

Although some workers are covered by federal unpaid family and medical leave, only guaranteed comprehensive paid leave ensures parents don’t have to worry about sacrificing income to spend time bonding with a newborn, or to provide home-based care for a grandparent, rather than institutionalizing her in a costly nursing home.

Studies on paid leave have shown that the overall economic gains significantly outweigh the costs. The whole economy benefits from a healthier, more productive labor force, a boost in lifetime earnings for women, and reduced staff turnover.

The policy can also encourage fathers to become more involved in childcare. In California, for example, which has for about 11 years provided paid family leave insurance to support new parents, the proportion of claims made under the program by fathers has roughly doubled to about 30 percent since it began in 2004.

DC’s past experiences with expanded leave benefits have shown broadly positive effects. An audit of the District’s paid sick days law found no significant negative impacts on businesses over a four-year period. Studies on similar policies in other jurisdictions (currently, 18 localities, DC, and four states have passed paid-sick-days legislation) have further countered the business lobby’s scaremongering about economic impacts. Communities, meanwhile, benefit from healthier restaurant servers and teachers in schools.

“We are the only advanced industrialized country that does not provide paid leave for new parents.” —Jane Waldfogel

DC’s new 16-week leave proposal, which expands on the short-term benefits of paid sick days with support for longer-term medical issues, mirrors similar programs in California, Rhode Island, and New Jersey. Nationally, progressive lawmakers have been pushing for the FAMILY Act, which would cover serious medical or childbirth-related conditions through a national insurance system based on small employer and employee contributions (about $1.50 per worker per week), providing up to 12 weeks of wage replacement amounting to two-thirds of income, capped at $1,000 per week.

The gap in paid leave benefits acutely reflects racial and gender inequality. Perilously short maternity leave forces poor mothers to work before they or their families are financially or physically ready. Latino workers are the least likely of any ethnic group to have paid leave benefits. In the “two-tier” benefits system, the poorest workers, those scraping by with precarious jobs and little to no savings—the ones who need the support of paid leave the most—are ironically the least likely to have it.

For families caring for a special-needs child, access to comprehensive leave benefits can greatly increase a family’s “physical and emotional health” and protect against financial crisis, according to a Labor Department report.

From an international perspective, the current family leave policies lag pathetically behind the labor standards of Europe and Canada, where leave benefits that last several weeks or months for parental or medical care are the norm. As Columbia Professor of Social Work Jane Waldfogel observes, “We are the only advanced industrialized country that does not provide paid leave for new parents.” Children suffer intergenerational costs, either from the loss of income or from losing parents’ caregiving time; conversely, that forgone time or money for nurturing could otherwise help children overcome economic disadvantage. “More generous leave time is one clear remedy,” she adds via e-mail. Yet a lack of paid leave is a symptom of a system that forces parents to work longer for unlivable wages, at the expense of caregiving duties.

Under a comprehensive benefits structure, Waldfogel argues, “more generous income supports for families with young children would enable parents to choose shorter workweeks and/or higher quality childcare.” So having paid time off is a start, but what struggling families really need is a break from the 24/7 burden of economic insecurity.