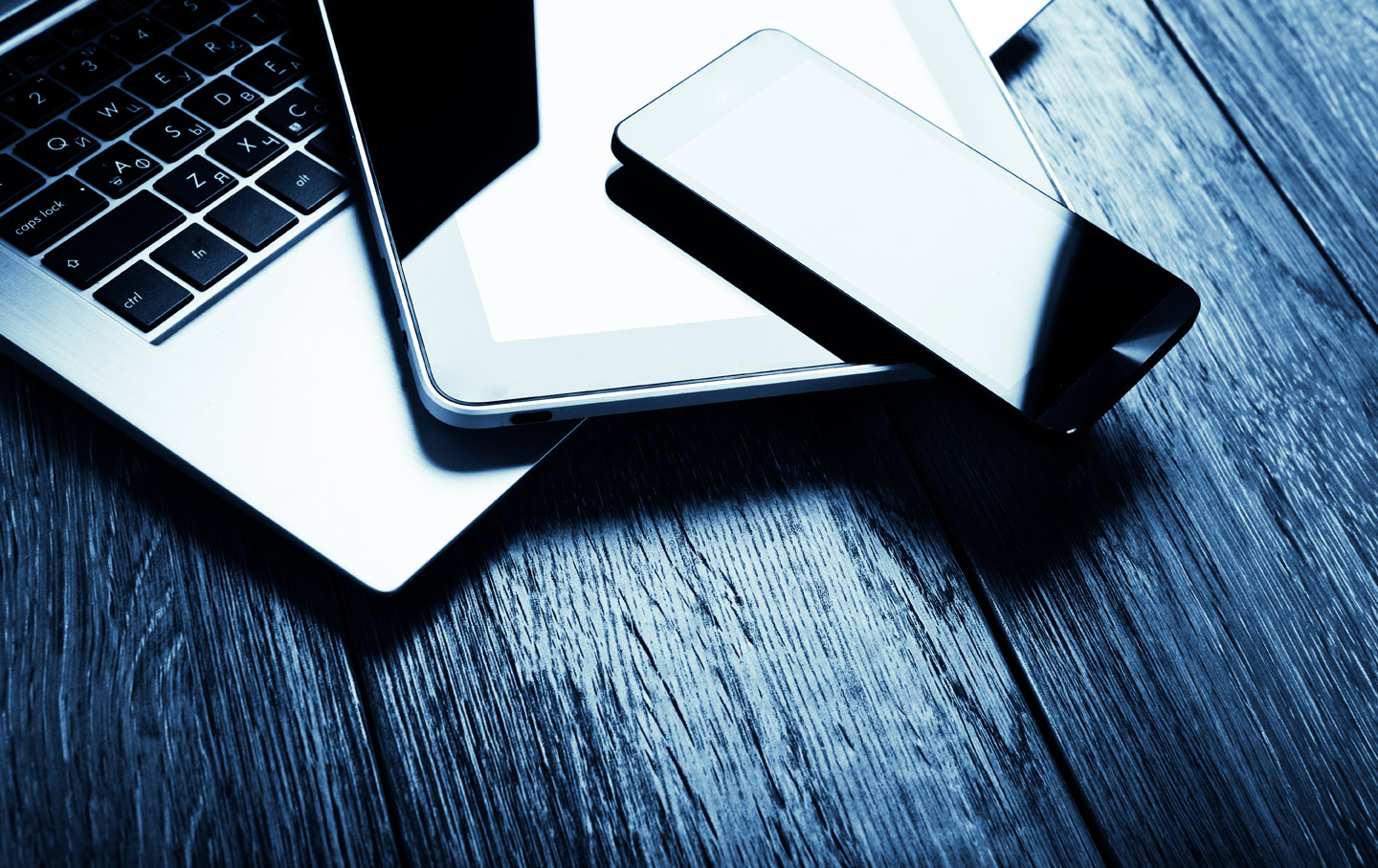 I started as a Nation intern 18 years ago, and so I remember the days when the magazine lived and breathed in a print-based world. In 1997, our website, still in beta release, consisted of a few “About Us” pages and a couple of pieces from the magazine that we’d post once a week. To indicate that this was all very cutting edge, we stuck a lightning bolt next to the nameplate.

Back then, writing for the magazine was a comparatively monastic experience. You’d work for weeks on an article, defend its arguments against vigorous but loving critiques from the editors, and gratefully accept changes from fact-checkers and copy editors. Finally, the issue would ship to the printer. And then: the vast silence. If you were lucky, a few weeks later, someone might approach you at a party and say how much they liked (or hated) your piece. Some letters from impassioned subscribers would eventually come in via the Postal Service, but encounters with actual readers were rare and cherished events.

We continue to publish the print magazine under these rigorous standards, and it will remain an essential part of our identity, offering readers a considered and curated take on matters of critical interest. The digital revolution, however, has allowed us to connect to vastly more people, and to get to know them better. Today, The Nation publishes about 70 articles a week online, which go out to more than 420,000 Twitter followers, almost 290,000 Facebook fans, and 200,000 e-mail subscribers. And believe me, we always hear back from you—in comment threads, e-mails, tweetbacks, Facebook messages, shares, pins, and likes. Analytic tools allow us to see what’s being read and shared in real time, and to hazard educated guesses why.

The more we learn about our readers, the more inspired we are to create great journalism for them.

All this data can be overwhelming and, for some publications, even dispiriting. It’s become an industry cliché to lament how the Internet rewards content mills that churn out the equivalent of digital fast food. But here at The Nation, the exact opposite has proved true: The more we learn about our readers, the more inspired we are to create great journalism for them. Last year, for example, the most-read articles at The Nation included probing long-form reports on the crisis in Ukraine, Israel’s siege of Gaza, the state of online feminism, the impunity of brutal policing, and the corrosive effect of lobbyists on American politics. The digital revolution has empowered our single greatest asset—The Nation’s readers—and you’ve responded by sharing our best work with millions of new readers every month.

That’s why, on July 6, 2015—exactly 150 years after the publication of our first issue—we’re relaunching TheNation.com. The new site, created in partnership with our friends at Blue State Digital and Diaspark, represents our commitment to being at the forefront of independent journalism for the next generation. The article page is designed with the Nation ambassador in mind: Beautiful, clear fonts (Mercury and Knockout) and a variety of image fields make the articles a joy to read—on desktop, tablet, and mobile. Prominent share tools, Twitter quotes, and a “highlight to e-mail/tweet” function make it easy to share them with others. A robust new taxonomy and a continuous scroll seamlessly connect readers to related content. You’ll also see color-coded touts that let readers take action on a particular issue, or donate and subscribe to The Nation.

Meanwhile, the home page doubles down on The Nation’s identity as a magazine of ideas and values. A variety of full- and half-width modules allows us to showcase not just today’s top stories, but the depth of our coverage and archive. Related pieces will be grouped together to help readers understand the political and historical context of today’s crises. You might find, for example, an editorial calling on candidates to refuse to accept money from fossil-fuel companies paired with groundbreaking essays by Naomi Klein and Chris Hayes, along with a petition cosponsored by our friends at 350 Action. Overall, the site blends a sense of urgency and timeliness with the provocative and prescient writing that is The Nation’s hallmark.

You’ll notice a few more changes as well. For the next few months, there’s no paywall: All of our articles will be free to everyone—our gift to you in The Nation’s 150th-anniversary year. Later, we’ll introduce a metered system that continues to put The Nation in front of new readers, but also asks our regular visitors to contribute to the cost of independent journalism. Finally, only subscribers will be able to leave comments—and they’ll be asked to identify themselves with a first and last name. We realize this will be controversial to some, but keeping the comments free of trolls and bots has taken an increasing amount of effort. We think it’s only fair that commenters stand by what they write, and give something to the community in return.

I think I speak for everyone on the digital team when I say that building the new website—a yearlong endeavor—was an absolute pleasure and privilege. We hope you enjoy it—and, of course, we know you’ll let us know what you think!