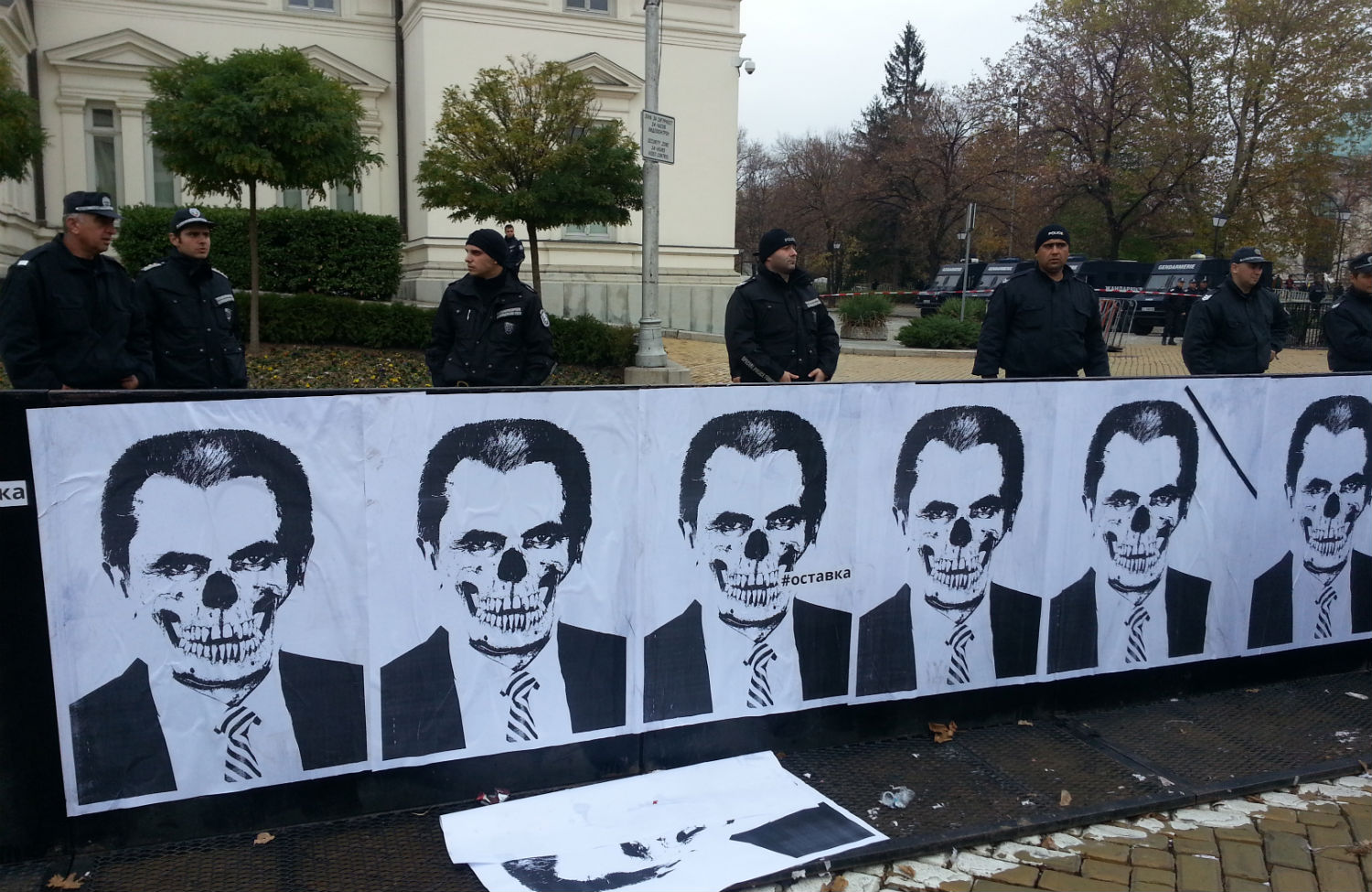 Protesting what they see as blatant corruption at the highest levels of government, Bulgarian students have occupied their national university, kicking out teachers and the media and locking the doors behind them.

In a series of protests that has now gone on for more than five months, the students at Sofia University and other universities across Bulgaria have decided to fight for their future in a nation where their outlook is growing increasingly grim: The highest rates of poverty in the European Union, a government that they claim is ruled by a “mafia” that controls the media and pillages national resources, and the wholesale flight of an entire generation of college graduates to other countries.

“As a citizen, I have to speak for myself to make a difference. That’s the reason I stayed in Bulgaria,” said law student Aleksandrina Ikosomova, 19. “I love my country and I love the people. I don’t want to run somewhere else because I’m not happy with our political situation.”

Since general protests ousted the center-right government in March of this year, students had pinned their hopes on the new socialist government led by Plamen Oresharski. When reports surfaced of the same corruption and graft that has impoverished the nation and put money and power in the hands of a few oligarchs, students reacted with outrage.

It didn’t matter who is in charge, because they are all serving the same people,” said history student Mina Hristova, 23. “We decided to occupy the university and focus on one question for the Bulgarian people to ask: Who? Who is behind the corruption? We don’t have to know the answers right now, but the answer is the most important question for our society.

Students occupied Sofia University on October 23, after the country’s constitutional court upheld the appointment of a media mogul as the head of the State Agency for National Security. When the chief lawyer of the court failed to arrive at a heavily protested lecture at the university he’d previously scheduled, students stayed in the lecture hall. Some of them brought chains. By the end of the night, everyone but students had been ejected from the school, with student-appointed sentries standing guard at the gates, blocking entrance for anyone without a student ID. Bulgarian media has been banned from the school because of widespread coverage that the students believe inaccurately reflected the protests. Almost all of the media in Bulgaria is owned by a handful of businessmen, all with deep ties to the ruling government.

We only allow foreign journalists into the school, and we do this to shame the Bulgarian journalists,” Hristova said.

Inside the school, banners hang from the ceiling and signs litter the floor, as rooms are filled with students either sleeping, eating or planning their next protest action. Contrary to the reports of drunken parties propagated by the Bulgarian media, alcohol is strictly forbidden.

Inside room 237, the school of law’s main lecture hall, an executive council sits behind the lecturer’s desk, holding almost non-stop meetings with fellow students. As the occupation has dragged on, protesting students from across the nation have begun flowing into the country’s central university. Unlike occupations that adhere to the rules of non-hierarchical rules of consensus, like Occupy Wall Street, the students at Sofia University have an executive council that presides over meetings, and ultimately decides the direction of the protests. Also, unlike OWS, they have an actual microphone.

At a meeting on Wednesday night, students debated how best to encourage more of their fellow students to join the protests. Already, a group referred to by the occupying students as the “contras” have asked the occupiers to leave the school, so they and other students could resume their classes. Most of the discussion however, has centered on the violence of November 14, when students and police clashed outside parliament as students and allied protesters attempted a siege of the national government.

As police attempted to provide passage through the crowd for departing members of parliament, riot police began beating back protesters, some of whom had knocked down barricades in front of parliament and had started throwing objects at the police.

“They started hitting people. But we can’t handle this anymore,” said law student Jordan Tsalov, 20. “We were radical and they were radical. I was taken down by the police and taken into a police van in which I was beaten. When they arrested me, I showed no aggression. I was given a black eye and bruising along my side. I don’t know which police officers did it.”

Police officers in Sofia, many of whom have been called in from other parts of the country to assist in policing the protests, have not been wearing name tags or ID numbers at the protests, which protesters say violates the law. On November 15, they delivered a signed appeal to the defense ministry to let police officers identify themselves and know who is accountable for some acts of violence.

Walking through the dimly lit school (the students don’t know where many of the light switches are and some utility rooms remain locked), Mina Hristova pointed out the custodial and security workers who are still cleaning the school and keeping it running.

“They support us. The first few days, they had to leave. But they came back when we decided we didn’t want them to lose money or their jobs because of our protest,” she said.

Food donations have poured in from well-wishers, keeping the students fed as they plan upcoming protests. This weekend, the two major political parties will rally (the students support neither), setting the stage for a particularly turbulent few days. In the School of Theater (also occupied) students stay up through the night, planning political performances to coincide with the protests. They don’t know what to do with them yet, but someone donated 100 gas masks and offered them the use of horses.

“We’re theater students, so we’ll figure it out,” student-director Lyubomira Kostova told me.

Fighting for their future in a poor country where corruption has marred development since the fall of the Soviet Union, the students at Sofia University have taken dear hold of what little is theirs: Their classrooms and their friends. They’ll take whatever else they can get, even if its the parliament.