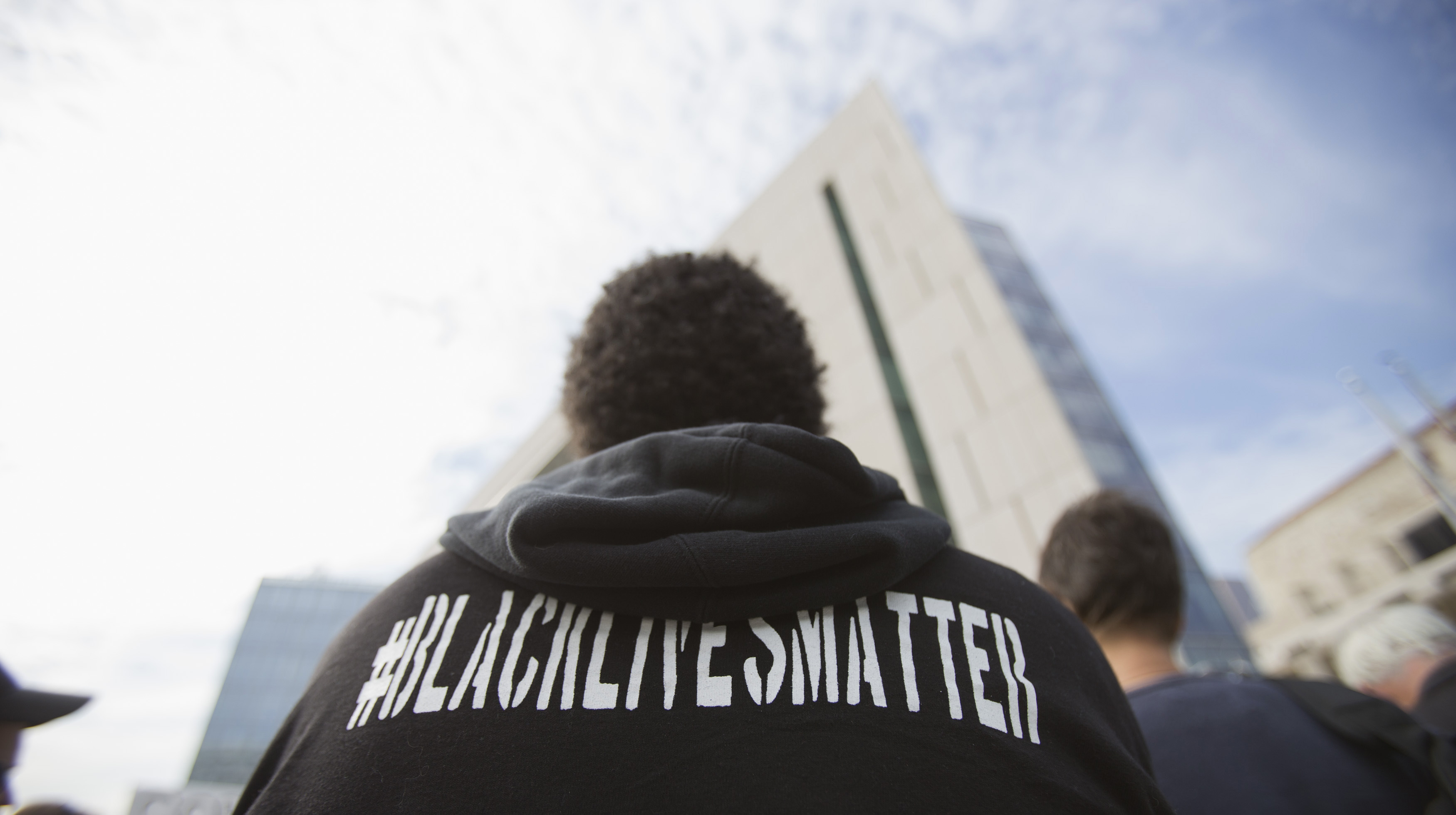 An activist stands during a news conference outside LAPD Headquarters in Los Angeles, California. (Reuters/Mario Anzuoni)

I never thought I’d run for office. Before running for the Washington State Senate in 2014, I had spent 20 years as an activist. I had always believed that we needed to push for change on the outside, through community organizing and advocacy. Along with my activist friends, we collectively demanded change, including from elected officials, while at the same time turning up our very pure noses at what we perceived to be a far too unrepresentative government. We often felt taken for granted, including by a Democratic Party that seemed nervous to talk about race for fear of alienating white voters, and too often took cautious votes designed not to upset anyone including big funders. Even though I engaged with the system of government every day, I had deep doubts about its effectiveness in serving the people I cared about the most.

So why did I run?

I questioned my theory of change. If elected officials determined so much that affects our lives, I asked, why were we organizers ceding this important political space? I decided we needed to work on the inside and think of elected office as a new platform for building a base of supporters, permanent organizing and progressive policy development. We don’t get a more representative government unless we run ourselves. We don’t get a more responsive government unless we start to systematically run organizing campaigns to change the way government works. We don’t get to understand what we are really dealing with or how to change it unless we know exactly how it works now.

Now that I’ve almost finished serving my first year in elected office, I know that every reason that I ran is more than true. I love my district, the 37th Legislative District in Washington State, where I have lived for more than 20 years. It is one of the most economically and racially diverse districts in the state, where over 100 languages are spoken; where African Americans were allowed to live when other parts of the city redlined them out; where poverty and wealth, entrepreneurship and struggle, openness and difference weave together in a giant tapestry. I’m able to work on a broad range of issues that affect people’s lives, while at the same time building trust back with discouraged people who feel like maybe they can start to trust government again.

I can also use this platform to center issues that don’t get enough attention—like race and racial justice.

I’m conscious of my race and ethnicity in the legislature—it’s hard not to be. In our Republican-controlled Senate, I’m both the only woman of color and the first-ever South Asian American member of the state legislature. My background as an immigrant and as an activist means I enter the space with the perspective that race touches every single issue. There are, sadly, not nearly enough elected officials at any level of American government who are willing to acknowledge and respond to this simple fact.

I will never forget a meeting that happened a month after I was elected. Wanting to develop and move forward a racial justice legislative agenda in the wake of the deaths of Michael Brown, Eric Garner, and so many others, I called a meeting of some leading black pastors and black activists in our state to ask for help in putting together a legislative agenda that would begin to address these critical issues of race and racial justice, specifically from the African-American community. At the end of the meeting, one of the participants remarked on how rare it was that an elected official would call such a meeting at the beginning of a term. “Usually, it’s only when people are out of office or at the end of their term that they are willing to talk about race,” he said.

Certainly, the protests by Black Lives Matter activists against presidential candidates Bernie Sanders and Hillary Clinton, among others, are speaking to this. It’s way past time for everyone, and certainly anyone who considers themselves a progressive, to center race in our conversations—legislatively and in organizing. Institutional and individual racism cuts through every single issue.

In my first term, I found ways to make a few important investments in racial equity. I was able to get $5.3 million dedicated to ensuring that people of color and women get support for pre-apprenticeship and apprenticeship programs, opening pathways to the hundreds of thousands of jobs that will be created when we passed a $16 billion transportation package. I worked to center race and equity in the discussions around underfunding of our schools and introduced a bill (which did not pass) that would have required an equity impact analysis to be conducted of all education policies, before they are implemented. I drafted a successful budget proviso that requires all public schools to get in compliance with federal civil rights law by instituting a policy to provide adequate interpretation and translation to limited English-speaking parents. I centered race and gender in discussions around my bill to raise the state minimum wage to $12, and I worked with a number of colleagues to push for reforms to our broken and usurious system of trapping those who are incarcerated in a mountain of legal financial obligations. I’ve also worked with my fellow legislators, both those who are deeply interested in racial justice issues and those who have been wary.

In the end, I’m still organizing, just with a different constituency. But it’s far from easy to do this all the time. It is tiring to be one of very few people in the room who is willing to focus our attention upon racial justice. Often, I can sense eyes rolling when I raise equity issues. Sometimes, it really is not strategic to raise race, and in those moments my own inner chorus of conflicting voices can feel deafening and confusing. Nonetheless, very deep in my core, I know that I need to keep driving the conversation, because it is urgent to me in a way that it is not urgent to too many others.

It means, too, that people of color have to recognize that white people may need to make missteps to become comfortable in talking about and dealing with racism. Legislative colleagues on both sides of the aisle have said to me that they are afraid to talk about race because they will get “pounced on” if they say something wrong. I hear that fear and acknowledge that we’re going to have to find some place where white people can do their own work. If we can point out the missteps clearly but compassionately, it will help to call people in as well as call them out.

We also have to train and elect more intersectional “movement electeds,” particularly people of color. That is my new term for people like me, who come directly from the movement and have a strong, continuing allegiance to it. The hierarchy within the existing political system is fierce, and without a strong pull toward and support from the outside, legislators can get fooled into thinking their allegiance must be only to their party and its leadership. Simply electing a person of color or a candidate who is good on a given equity issue won’t get us where we need to go if that person’s base is not derived from the movement.

I’ve always said that to be a good organizer, you have to be an optimist. You have to believe another world is possible and then be willing to work to create it. Today, as our country wrestles with the legacy of racism, we have to step up as progressives—electeds and advocates alike—to center race in our conversations. We have to consider carefully our theories of change and remember that we cannot cede important ground inside legislatures and government. And as we enter campaign season, we have to be willing to be part of the solution by articulating and then fighting fiercely for our racial justice platforms.