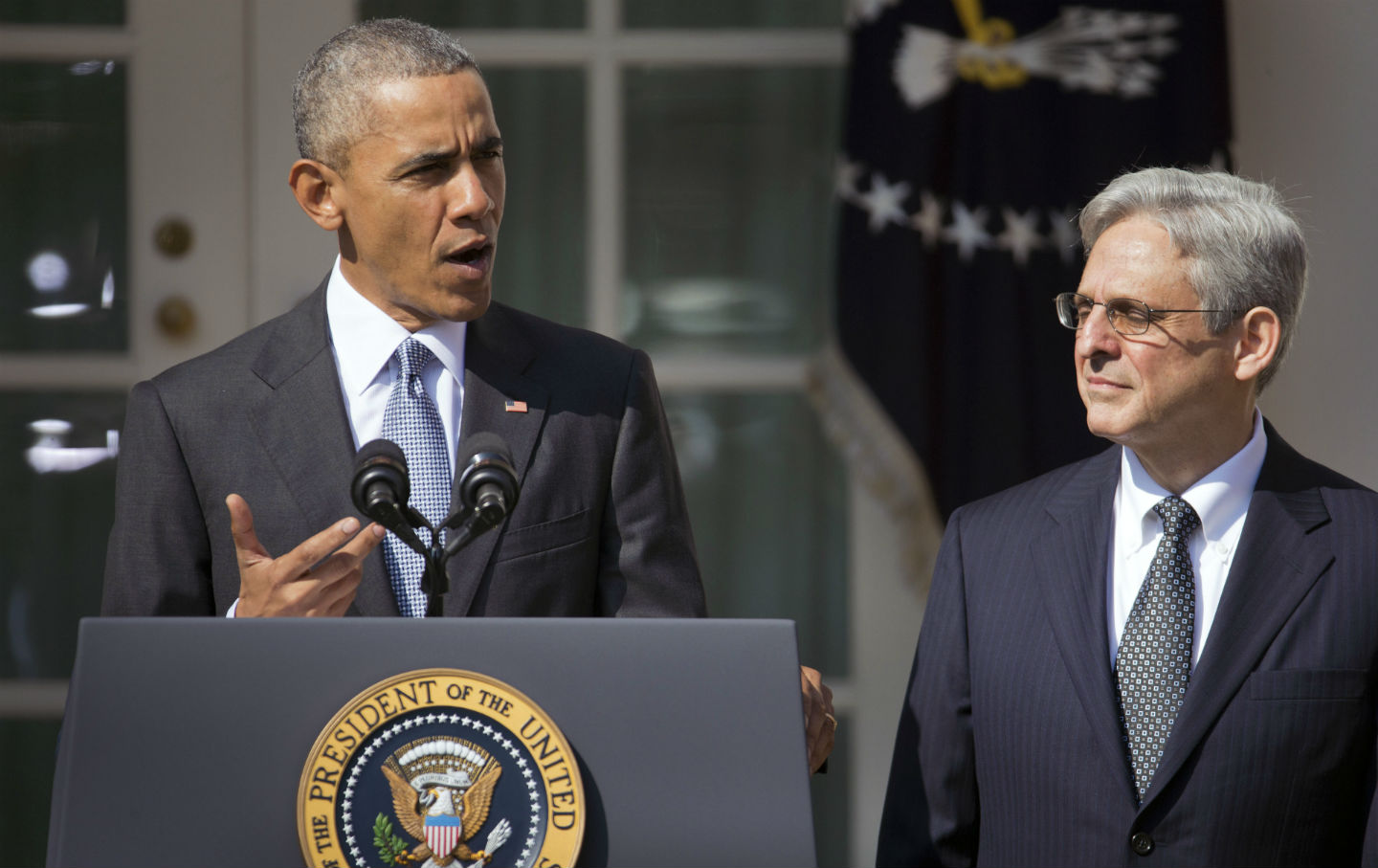 The battle to confirm President Obama’s Supreme Court nominee has been shaping up as a grassroots brawl.

In the weeks between the death of Justice Antonin Scalia and Obama’s announcement Wednesday that he will nominate Judge Merrick B. Garland to the Supreme Court, groups on the right and left launched petitions, mobilized members, and prepared for a raw political battle, state by state, to force (or prevent) hearings and votes in the Senate.

Garland is clearly a qualified nominee, and one that many Republicans have voted to confirm in the past. But he is also a white male over 60, with an outright conservative and pro-government record on criminal justice. When Garland was considered for a vacant Supreme Court seat in 2010, SCOTUSblog wrote, “[T]o the extent that the President’s goal is to select a nominee who will articulate a broad progressive vision for the law, Judge Garland would be a very unlikely candidate to take up that role.”

In other words, the promise of a liberal reformation of the Court after Scalia is now blunted. So will some progressive activists deflate?

Some early data suggests they might. The Progressive Change Campaign Committee, which along with several other groups already collected 1.5 million signatures demanding a Senate vote, polled its members this week on several possible Obama picks, using short descriptions of each nominee’s pros and cons.

The PCCC shared its data on Garland with The Nation Wednesday. This is how the group described him: “Merrick Garland has been a Judge on the DC Circuit for 19 years, where he has ruled in favor of EPA regulations and that the government cannot charge defendants as ‘enemy combatants’ using hearsay evidence. However, he is viewed as a moderate and pro–law enforcement, rarely votes in favor of defendants appealing criminal convictions, and barred Guantánamo detainees from seeking relief in US courts.”

That’s not to say the members necessarily won’t fight for Garland. Forty-eight percent of PCCC members said it was important to them the nominee is qualified, as opposed to 29 percent who said it was important the person is a “progressive.” And 56 percent said that regardless of the nominee’s record, “the Senate should do its job and allow a vote on a Supreme Court nominee.”

How Garland is defined in the weeks ahead may determine the grassroots work around him. “Activist energy is not static—the nominee matters and the battle to define the nominee matters,” said PCCC cofounder Adam Green. “If people learn that the nominee is someone who understands the real world impact of the court’s decisions on hardworking Americans, they will be more likely to take action pushing the Senate to do its job and allow a fair process to move forward.”

Other liberal groups said straightforwardly Garland hurts their efforts. “We believe that Senate Republicans need to do their job and give Judge Garland the fair hearing any Supreme Court nominee deserves, but this selection will make it harder to excite grassroots progressive about the slog ahead,” said Charles Chamberlain of Democracy for America.

Those groups are just part of the institutional left that will launch a fight on behalf of Garland. People for the American Way’s Marge Baker said in a statement that Garland is “a brilliant choice,” and that “Republicans need to do their job and treat this nominee with the basic respect he deserves.” PFAW senior fellow Elliot Mincberg, who incidentally has known Garland since high school, told The Nation he was a brilliant lawyer and jurist who fits “exactly the kinds of criteria that Obama talked about.” He added, however: “How other groups react, I can’t say.”

MoveOn.org didn’t knock Garland at all in its statement, and said, “It is time for Republicans in the Senate to put country before party and give Judge Garland fair consideration.”

NARAL was notably circumspect on Garland’s pro-choice record, and blasted Republicans for blocking a chance to learn more. “Judge Garland does not have a public record on reproductive rights, and Senate Republicans’ obstruction denies all of us our right to know where this nominee stands on core constitutional questions of women’s privacy, dignity, and equality,” said Ilyse Hogue, NARAL’s president.

Michael Brune, the executive director of the Sierra Club, said on Twitter that “Judge Garland is exactly the kind of fair, even-handed & thoughtful jurist who deserves the immediate consideration of the Senate.”

Clearly these groups, as institutions, are ready to aid the White House in a massive push to get Garland confirmed. We’ll see how vigorously their members end up following along.