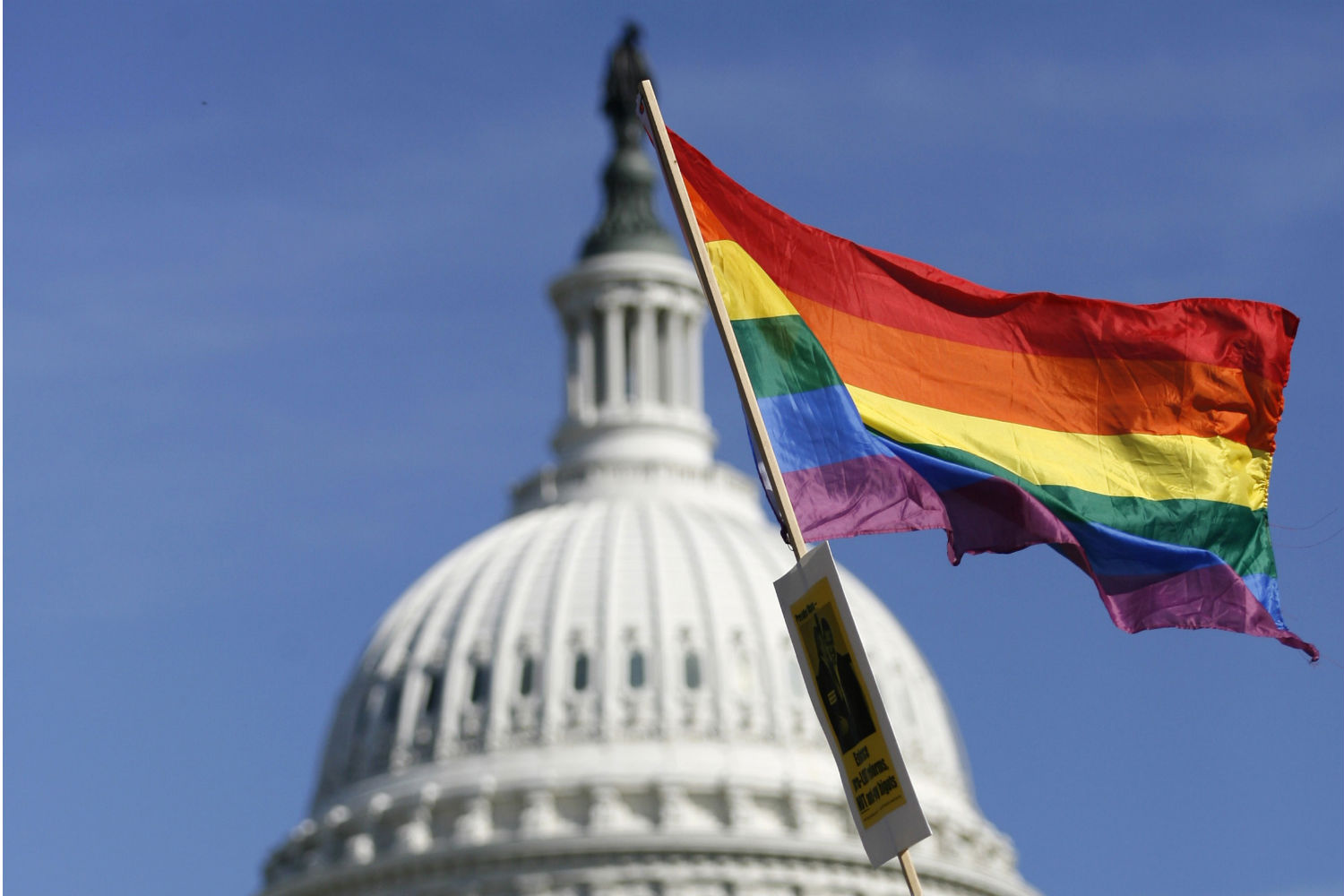 Most Americans workers have no protection from being fired because they are lesbian, gay, bisexual or transgender (LGBT). This fact comes as a shock to many people. Around three-quarters of the public assumes that LGBT workers already have federal job protection. But they don’t. Legislation to address that problem has been kicking around Congress for forty years—it is now called the Employment Non-Discrimination Act, or ENDA—but Congress has not succeeded in passing it.

In 1974, when the first federal bill to protect LGBT workers was introduced, the landscape for equality was unfriendly—and things got worse before they got better. But they did get better. The military’s ‘don’t ask, don’t tell’ policy, enacted in 1993, was repealed in 2010, and gay people now serve openly in the armed forces. The Defense of Marriage Act was passed in 1996, but it was declared unconstitutional by the Supreme Court in 2013. Now nineteen states and the District of Columbia recognize full marriage equality, with more to come.

This progress has made the lack of employment protection for LGBT people nonsensical. We can hardly imagine that a gay man could serve his country in the military, only to get fired for being gay when he returns to his civilian job. But in most parts of the country, that is exactly what could happen. It would be irrational if a same-sex couple could finally get married, only to find that the company they work for can let them go when it finds out about the wedding. But that can still happen, too, even in some states that recognize equal marriage rights. The situation is unsustainable.

In the face of continued congressional inaction, President Obama has announced that he will issue an executive order to prohibit most federal contractors from discriminating against workers on the basis of sexual orientation or gender identity—protections that are already in place for race, gender and other categories. The president’s action is important, but it can only do so much. Congress must still enact ENDA.

But what should ENDA look like? The right answer to that question is simple: LGBT workers should have the same protection that other workers already enjoy under the 1964 Civil Rights Act—no more, no less. But something is getting in the way of that simple answer: the forty years of history that we have been dragging around with us like the wreckage of a derelict ship.

In 1974, when Representative Bella Abzug first introduced legislation to protect LGBT workers, her starting point was to extend the protections that already exist in the 1964 Civil Rights Act to LGBT people. The bill died in committee. Despite all the energy of the early gay rights movement, legislators were not yet ready to get behind such a clear and simple approach to LGBT equality. And so things got more complicated.

In an attempt to advance workplace protections, proposed legislation was loaded up with all kinds of appeasements. Employment benefits like insurance and retirement, which most couples take for granted, were carved out of the bill. Insulting language prohibiting any “quotas” of gay people was introduced. The early legislation had never explicitly included transgender people or protection for gender identity, and in 2007, those measures were debated—and deliberately excluded. The list goes on. When you are fighting for survival, as LGBT people were throughout this period, you come to accept many compromises that look shocking in hindsight. The different versions of ENDA reflected that grim reality.

It took years of hard work to jettison all the resulting dross from ENDA. Now, finally, only one piece of flotsam is left in the statute: a provision called the “religious exemption.” Among federal anti-discrimination laws, it is unique to ENDA. And that is the very reason that it must be stricken.

At issue is when religious organizations should get special exemptions from civil rights laws. Should they be allowed to discriminate in some circumstances when other employers cannot? One could take a range of approaches to this question. On one end, there is the view that the only special exemption should be the one that the Constitution actually requires: that churches and religious organizations remain free to choose ministers and other employees with ministerial duties free from any interference from government. On the other end, we have recently seen legislation like Arizona’s SB1062 that would create exceedingly broad religious exemptions that would even apply to for-profit businesses. Somewhere in the middle, one could argue that special exemptions should be limited to religious organizations, but that those organizations should be allowed to discriminate in both religious and non-religious jobs, like administrative and maintenance staff.

Whatever approach one takes, there is one principle that must always be respected: these exemptions must be defined in the same way for everyone. We cannot have one approach to religious exemptions for discrimination based on gender or disability and a different approach for discrimination based on race or sexual orientation. To do so would be to accept the idea that some types of equality are inherently at odds with religion. That dangerous argument has been misused many times in our history. The unequal treatment of women, racial segregation, even slavery itself—all have been justified by religious doctrine.

Federal law currently rejects the idea that there is some inherent connection between discrimination and religious belief. The only religious exemption contained in federal anti-discrimination law is a provision that is limited to the issue of religion itself. It allows religious organizations to maintain a workplace of co-religionists—to hire only people who share their religious background. No other forms of discrimination based on religious belief are permitted.

The current draft of ENDA violates this important principle. It contains a broad religious exemption that takes protections away from LGBT people—and only from them. If you are a maintenance worker at a religious organization, you cannot be fired for being white or a woman, but if ENDA is not fixed, you could be fired for being gay. This anomaly is left over from an earlier time when our society was still clawing its way toward the understanding that equal means equal. If that detritus were included in the law, then ENDA would stand for the intolerable idea that equal treatment of LGBT people is inherently incompatible with religious belief. We are long past the point where it is acceptable for Congress to endorse such polarizing stereotypes. This last vestige of appeasement from an earlier time must now be removed from ENDA.

Sometimes, it takes forty years to recognize that the simple answer was the right answer all along.