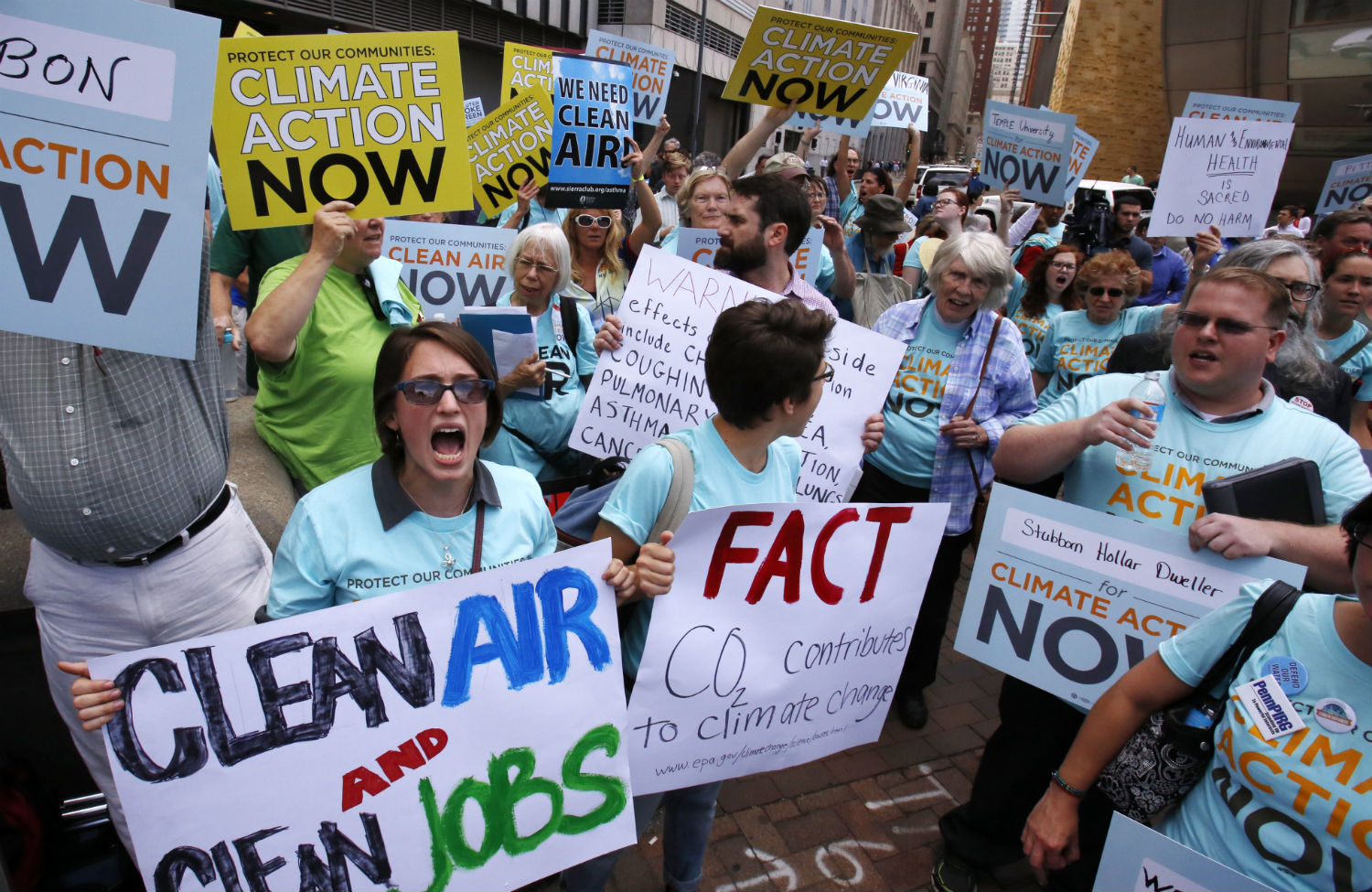 You never know in advance what difference a demonstration will make. Sometimes its effect is evident only years after the fact, as with the Gdansk shipyard protests in Poland that eventually helped overturn Communist rule in Eastern Europe. Sometimes the effect is clear right away, as with the 1963 March on Washington and its “I Have A Dream” speech by Martin Luther King Jr. that inspired blacks and whites alike and led Washington politicians to pass the Civil Rights Act the following year. And sometimes a demonstration has no apparent impact at all, as with the large, loud march through the streets of Copenhagen at the United Nations climate summit in 2009, where world leaders went on to utterly ignore the demonstrators’ demands for urgent action.

Truth be told, most climate change demonstrations to date have had little to show for themselves, at least in terms of transforming existing policies. With a few honorable exceptions, the world’s governments and corporations remain committed to a status quo that is driving humanity towards catastrophic, perhaps irreversible, climate chaos.

Will the People’s Climate March in New York City on September 21 be any different? Organizers of the march have set themselves a high bar—two high bars, actually. First, they’ve proclaimed that this will be the biggest climate change demonstration yet. That means organizers have to turn out no fewer than 100,000 people—the estimated size of the Copenhagen march—or be judged a failure; a lower turnout would send the signal that the movement is waning rather than growing. Further, organizers have declared that the People’s Climate March will be “historic,” meaning it will be looked back on as a key moment in the climate struggle. This definition in turn requires that the March lead to more and better things down the road—that it be not merely one day of protest.

Interviewed days before the march, organizers expressed confidence they would deliver on both counts—the turnout as well as the lasting impact. In fact, the second objective is already in sight, said Paul Getsos, a central coordinator of the People’s Climate March. “This is not your father’s climate march,” Getsos told The Nation. Getsos observed that the climate change movement has historically not included labor union, but he noted that “our march has been endorsed by the largest union in New York City, the IBEW [International Brotherhood of Electrical Workers] and by the two largest unions in the country, SEIU [the Service Employees International Union] and NEA [the National Teachers Association].”

Getsos also pointed out that “environmental justice and mainstream environmental groups that have had trouble collaborating in the past will be marching together on September 21,” and that “immigrant and housing groups that have never been part of the climate movement are getting involved.” “I see people who in the past have been on opposite sides of the room trying to figure out how to work together on this march because all of them agree the climate crisis is real and we have to do something about it,” Getsos told The Nation.

The labor movement as a whole, however, continues to keep its distance from the climate struggle. The AFL-CIO is not endorsing the march; a spokesperson declined to say why, though resistance from the Building Trades, the United Mine Workers and other unions favoring continued fossil fuel use have blocked such steps in the past.

The People’s Climate March is also departing from the usual script by downplaying participation by celebrities and politicians. Instead, it will have more representatives from communities that have suffered the wrath of climate impacts address the crowd and brief the press. For example, Alexis Smallwood lived in Far Rockaway, New York, not far from Kennedy Airport, for seven years before Hurricane Sandy devastated her neighborhood. She watched the storm from the eighteenth-floor apartment she shared with her 7-year-old son. “It was like a movie,” she recalled. “Cars were being tossed in the air, houses were collapsing.” With Rockaway Wildfire, a community group founded in Sandy’s aftermath, Smallwood is now organizing a bus to bring fifty neighbors to the Peoples Climate March, where she will describe her experiences since the storm.

Echoing comments by New Orleans residents after Hurricane Katrina, Smallwood, a 30-year-old African-American, said she is joining the march because “it’s been hard in our community to get back home after the storm. There are no jobs out here, public transportation is coming back, but slowly. Now they’re raising rents, which is hard because our community has a lot of elderly and disabled folks on fixed incomes.”

Citing a new housing complex planned for Far Rockaway, Smallwood says Rockaway Rising is pressing the L&M Development company to sign a “Community Benefits Agreement” obligating L&M to include a vocational school, a nature preserve, a community space and climate-resilient infrastructure and set aside 40 to 50 percent of new housing units for people displaced by Sandy. “Our main goal is climate justice,” she added. A spokesperson for L&M Development said that its plan includes affordable housing, community facilities and a fifty-acre nature preserve, but “before we can contemplate construction … a significant amount of infrastructure and resiliency measures must be built at the site,” which requires public funding.

Planning and decision-making for the People’s Climate March has followed a participatory, open-source model that recalls the Occupy Wall Street protests. “Anyone can contribute, and many of our online organizing ‘hubs” are led by volunteers who are often coordinating hundreds of other volunteers,” said Jamie Henn, the Strategy and Communications Director at 350.org. The initial idea for the march grew out of conversations early in 2014 involving the following groups, many rooted in New York City: 350.org, the Sierra Club, SEIU Local 32BJ, the Climate Justice Alliance, the Align Alliance for a Greater New York, the New York City Environmental Justice Alliance, UPROSE and Avaaz. Henn declined to comment on the amount and source of the funding for the march.

Dealings with the New York City police have been cordial and productive so far, said Getsos, who emphasized that the march is a family-friendly affair “and we’re training hundreds of people as safety monitors” to prevent troublemakers from making violence. One worry is that the police may employ crowd control mechanisms that serve to lower turnout. The police “see their job at any parade as keeping the [crowd] numbers low, for safety reasons,” Getsos said. “So they will close a given entry point to the march and require people to walk ten blocks north or south to a different entry point, which can dissuade people from participating.”

“To change everything, we need everyone.” So declares the slogan organizers are using to solicit the record turnout they’ve promised to deliver on September 21. The slogan also reflects organizers’ ambition to transform the image of the climate movement from one dominated by Prius-driving white liberals to one populated by the entire spectrum of race and class in America—and one that cares as much about fixing economic inequality as about going solar. This ambition is driven not only by moral reasoning but by a strategic calculus that the climate fight cannot be won without first building more political power by amassing a larger, more diverse popular movement. “The climate movement has had huge successes up to this point, notably in making the Keystone XL pipeline an issue,” said Getsos. “But to finish the job, we need to move from a climate movement to a people’s movement.”