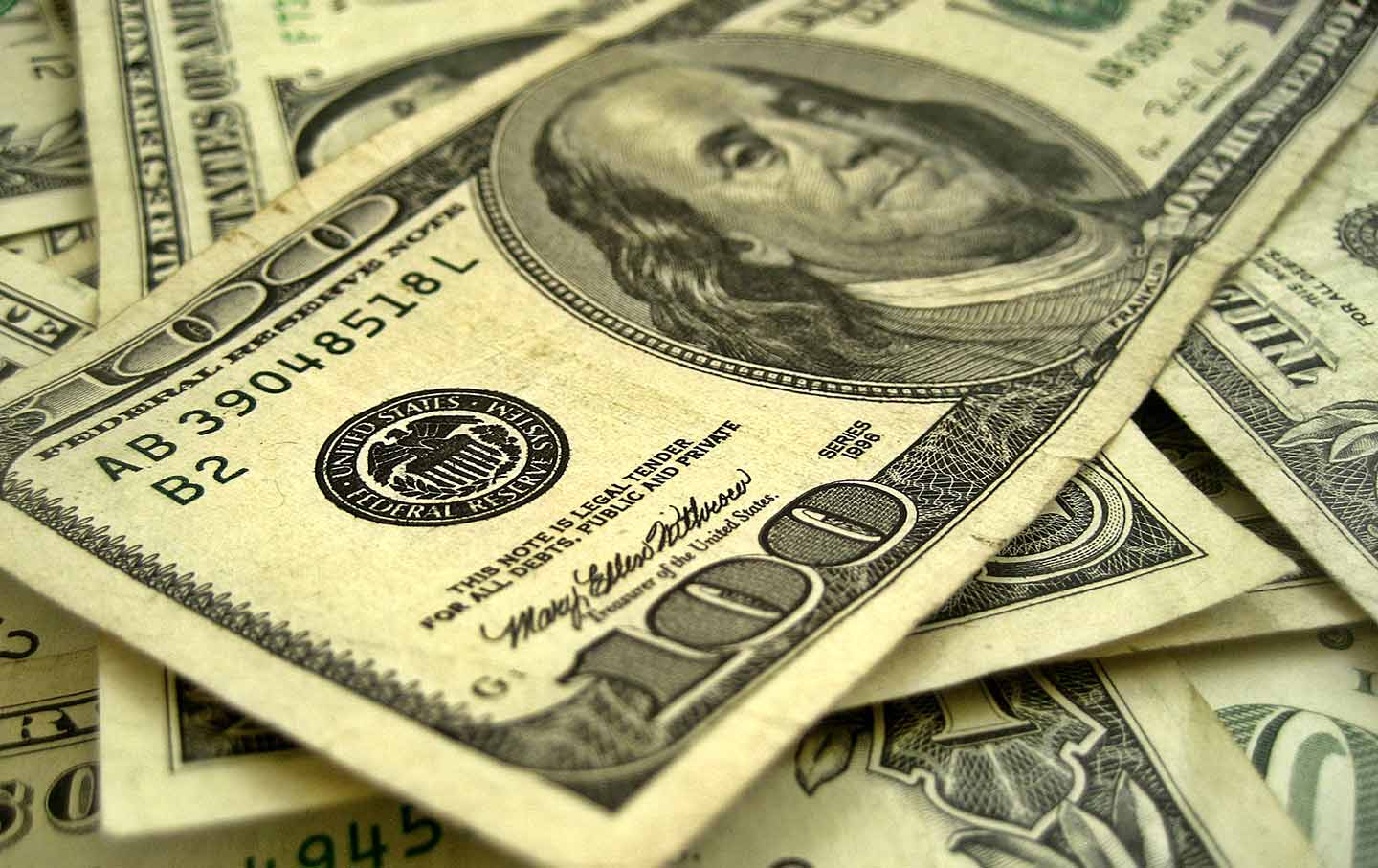 The persistent whistling you’re hearing around financial centers in Manhattan is coming from contented bank executives. Since the election of Donald Trump, their companies’ stock prices have soared, amid expectations of regulatory abandonment. Their former colleague ex–Goldman Sachs president Gary Cohn is setting policy inside the White House, and their former lawyer Jay Clayton plans to blind the SEC to their money-making schemes. If Republicans can get their act together on major legislation, bank executives will be rewarded with a triple bounty of tax cuts: on their corporate taxes, their individual rates, and the Obamacare taxes that fall entirely on the wealthy.

But what’s the old saying about giving someone an inch and their taking a mile? Instead of smiling at their good fortune and getting down to the business of ripping off clients for profit, the world’s largest banks want to do less to stop drug lords, tax cheats, and terrorists from moving money through their institutions—at precisely the moment when the regulators are poised to walk off the field themselves.

The ask comes in the form of a report the Clearing House Association, a financial-industry trade group, released last week. The report proposed numerous reforms to the anti–money laundering (AML) compliance process, complaining that “the nation’s financial firms are effectively deputized to prevent, identify, investigate, and report criminal activity.”

Financial firms are forced into this duty because of a federal law, the Bank Secrecy Act, in place since 1970. Since banks, you know, perform banking transactions, they are uniquely positioned to detect when a drug lord or a sketchy hedge fund is trying to wash illicit money through legitimate channels. When transactions are larger than $5,000, or have hallmarks of terrorist financing, tax evasion, or money laundering, they must file a suspicious activity report (SAR) and deliver them to federal regulators. This provides raw data for law enforcement to connect the dots on criminal activity.

The report would have you believe that these SARs are so burdensome (“carefully crafted, highly detailed”) that they cost the industry more than it takes to fund the FBI. So to be clear, here’s what’s in a SAR: the subject of the transaction’s personal information, the date of the transaction, the name of the bank where it occurred and its contact information, and a written description of the activity.

If you think this is maybe less than a rigorous hurdle, you’re absolutely right. And it’s even more concerning when you consider that banks are truly terrible at anti–money laundering compliance. They’re fined for compliance failures all the time. Here’s one fine against Raymond James. And Credit Suisse. And Deutsche Bank. And Taiwanese firm Mega Bank. All of those were within the past nine months. For allowing the Sinaloa drug cartel and terrorist financiers to launder illegal cash for a decade, HSBC infamously paid $1.9 billion—but their compliance system remains so weak that the British Financial Conduct Authority opened an investigation just yesterday.

If this poor excuse for compliance costs banks billions of dollars, they aren’t as good with money as I thought.

Therefore, the Clearing House report makes numerous recommendations for AML reform that all have the same bottom line: reducing the number of SARs that banks have to file. SARs don’t prioritize the most egregious financial crimes; therefore, it’s time to raise the dollar threshold that triggers such alerts. SARs are shackling innovative banks using imaginative methods to identify criminal behavior; therefore, regulators should propose a “safe harbor” allowing for such innovation (as opposed to writing SARs). The AML system creates collateral damage by discouraging banks from operating in poor neighborhoods or developing countries; therefore—oh, let’s not pretend there’s a point here, just let us stop writing SARs.

There isn’t a ton of evidence for these assertions: At one point the report states that fewer percentages of SARs “provide value to law enforcement,” based on… nothing: a footnote admits “such ratios have never been published for notice and comment.” A bigger problem is a total misunderstanding of the role of SARs. The report claims law enforcement should prioritize what transactions should be singled out, relieving the burden on banks. But SARs are really just a data stream, and shouldn’t be limited before the fact. Law enforcement already sets priorities based on a total review of available information. Constraining that makes no sense.

If banks stopped filing reports on suspect transactions, government can just spend unlimited resources to pick up the slack, the report asserts. “Government agencies now could develop technical resources and sophistication to mine financial data, reducing the need for SARs,” for example. The idea here is that banks would just supply a fire hose of data and let the government pick through it. I’m sure the Republican Congress will get right on finding the billions of dollars needed to satisfy that project. Even the report’s good ideas, like requiring that corporations reveal the beneficial owner (to prevent bad actors from using shell companies), need a highly unlikely act of Congress.

Shifting the burden from banks to regulators, in the expected permissive environment, will just lead to nobody doing the work, making the Panama Papers look like solid oversight. And that’s the end goal. Banks know that they won’t be seeing much of their regulators for the next four years. So if they can eliminate some of their AML responsibilities, they’ll have a clear field to pick up some, well, interesting new clients.

Bank trade groups issue reports like this all the time, claiming that the rules they must follow are outdated, or inefficient, or contradictory, or even harmful. But when they issue them in an environment predisposed to kill any rule even slightly stressful to industry, they carry far more weight. This is how deregulation gradually transforms from a few pebbles rolling down the mountain to an avalanche. Banks will never be satisfied with getting rid of just enough rules. They’ll always want to be freed from more rules and take more risks. And then one day everything will blow up in their face, and they’ll ask the regulators why they didn’t see it coming.