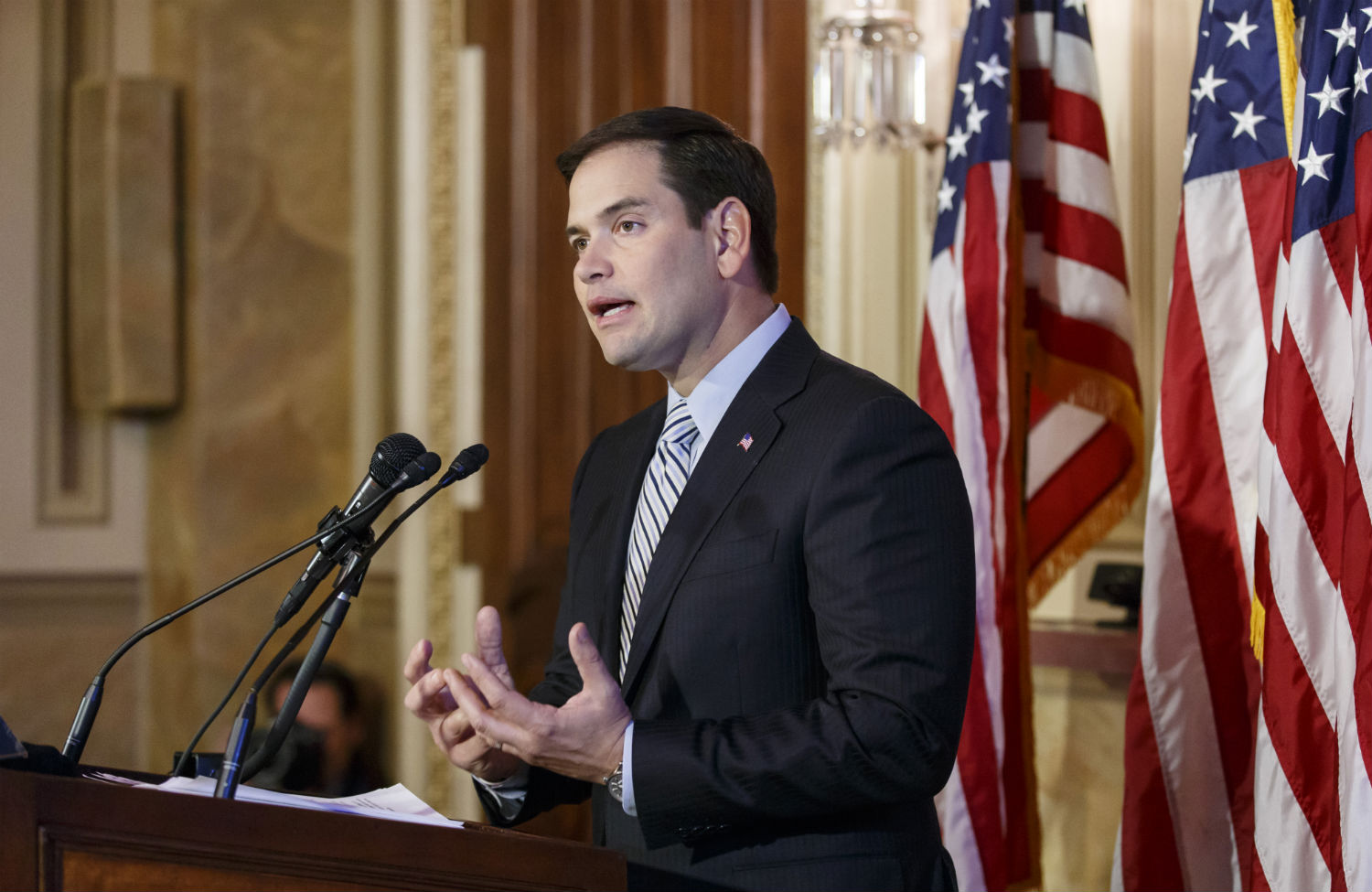 President Barack Obama announced a new era in US relations with Cuba Wednesday morning in which diplomatic ties will be reopened, along with a US embassy in Havana, while business and travel restrictions are eased.

These changes can be accomplished by executive order—but the next president could reverse them, and only Congress can lift the embargo. The permanence and depth of Obama’s policy shift thus remains in doubt.

Even if Congress doesn’t lift the embargo, the degree of opposition on Capitol Hill will significantly affect Obama’s attempted policy shift. Senator Marco Rubio openly threatened during a press conference Wednesday that the Senate would not confirm an ambassador to Cuba, and he also promised to work against any funding for a new US embassy. Senator Lindsey Graham joined in that threat.

Rubio, who is of Cuban heritage, jumped to the front of the Republican response to the new policies and seems to be leading the charge.

His first line of attack dovetailed with traditional GOP criticisms of Obama’s foreign policy: in a statement not long after the news broke Wednesday, Rubio called the shift “just the latest in a long line of failed attempts by President Obama to appease rogue regimes at all cost.” Rubio also blasted the White House for turning its back on Cubans who face repression from the Castro regime. “The president and this administration have let the people of Cuba down,” he told reporters later.

Rubio also attempted to frame it as a populist issue, with a twist of animus towards liberal elites: “While business interests seeking to line their pockets, aided by the editorial page of The New York Times, have begun a significant campaign to paper over the facts about the regime in Havana, the reality is clear,” his statement said.

No doubt some on the left will share Rubio’s ostensible concerns about free-market exploitation of Cuba, if not for entirely different reasons. (White House Press Secretary Josh Earnest further invited this line of attack when he literally read from a Chamber of Commerce press release from the briefing room podium Wednesday afternoon.)

Menendez is a Democrat. However, the incoming Republican chairman of Senate Foreign Relations, Bob Corker, issued an entirely neutral statement on the policy shift towards Cuba.

So will Congress lift the embargo? Will it go so far as to block an ambassador? On the one hand, the opposition of the House Speaker and the (soon-to-be) ranking Democrat on Senate Foreign Relations is a bad sign. Rubio also chairs a key Foreign Relations Committee on the Western Hemisphere. And “no, Congress won’t do anything” is a safe bet, generally speaking. But members of both parties also support normalized relations—Republican Speaker Jeff Flake flew to Cuba to see imprisoned American Alan Gross home on Wednesday—and Americans favor lifting the embargo.

Unfortunately, presidential politics may trump a rational discussion in Congress.

Elections have a way of freezing domestic politics: just since November 4, Obama has signed sweeping immigration orders, released the CIA torture report and normalized relations with Cuba, while Congress finally passed an appropriations bill for the 2015 fiscal year. None of this was feasible in the heat of midterm election campaigning, and the 2016 presidential election may soon act as a vise once again.

Thanks to the traditional (though rapidly shifting) conservative politics of Cuban Americans, along with some pure happenstance, the likely GOP presidential field is top-heavy with Republicans who oppose normalized relations with Cuba.

Along with Rubio, Senator Ted Cruz is also a Cuban-American who opposes lifting sanctions against Cuba. Cruz also criticized Obama’s shift in a statement. Former Florida Governor Jeb Bush, who announced just this week he is “actively exploring” a presidential run, has long-standing political ties with conservative Cuban-Americans in his state and already announced he, too, opposes Obama’s actions.

The primary debates next year will likely give a huge, and arguably disproportionate, voice to the exact Republicans who most oppose normalized relations with Cuba. Maybe one of them will win the White House and wipe out Obama’s executive orders—but even if that doesn’t happen, it’s easy to see how the election might pressure Republicans in Congress to fall in line and drag their feet on legislative action.