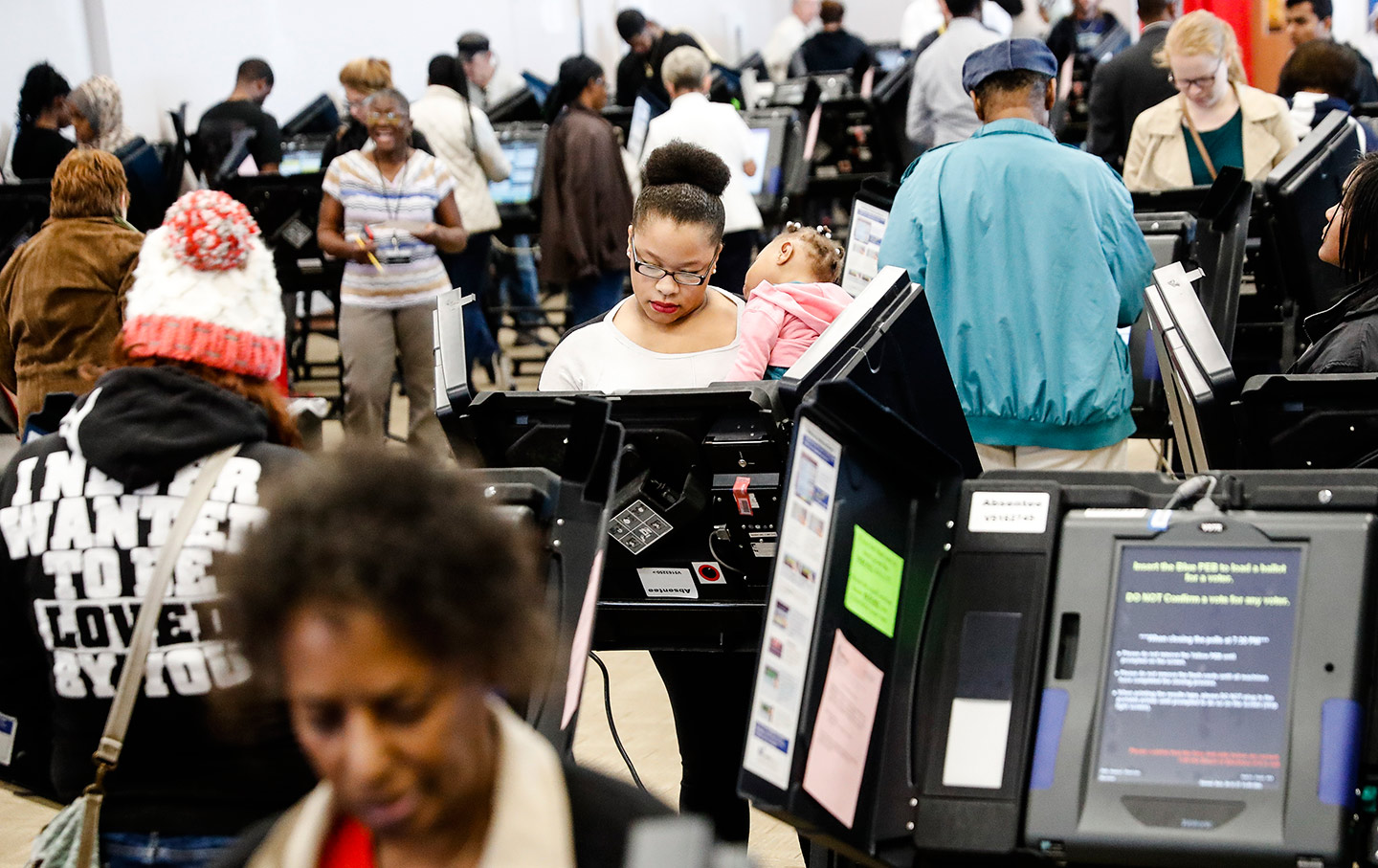 Early voters use electronic ballot-casting machines at the Franklin County Board of Elections, Monday, on November 7, 2016, in Columbus, Ohio. (AP Photo / John Minchillo)

In a little-noticed 6-3 vote today, the House Administration Committee voted along party lines to eliminate the Election Assistance Commission, which helps states run elections and is the only federal agency charged with making sure voting machines can’t be hacked. The EAC was created after the disastrous 2000 election in Florida as part of the Help America Vote Act to rectify problems like butterfly ballots and hanging chads. (Republicans have tried to kill the agency for years.) The Committee also voted to eliminate the public-financing system for presidential elections dating back to the 1970s.

“It is my firm belief that the EAC has outlived its usefulness and purpose,” said Committee chair Gregg Harper (R-MS), explaining why his bill transfers the EAC’s authority to the Federal Election Commission.

Thirty-eight pro-democracy groups, including the NAACP and Common Cause, denounced the vote. “The EAC is the only federal agency which has as its central mission the improvement of election administration, and it undertakes essential activities that no other institution is equipped to address,” says the Brennan Center for Justice.

This move is particularly worrisome given reports that suspected Russian hackers attempted to access voter-registration systems in more than 20 states during the 2016 election. Moreover, the Presidential Commission on Election Administration set up by President Obama in 2014 outlined an “impending crisis” in voting technology and the Brennan Center found that 42 states used voting machines in 2016 that were at least a decade-old and at risk of failing. The EAC was the agency tasked with making sure these voting systems were both modernized and secure.

The EAC is not a perfect agency. It lacked a quorum of members from 2010 to 2014 and was paralyzed by inaction. Then, last year, its executive director unilaterally approved controversial proof-of-citizenship laws in Kansas, Georgia, and Alabama, which the federal courts subsequently blocked.

But given the threats to American democracy at this moment, the EAC needs to be strengthened, not replaced.

It’s particularly ironic that the Trump administration is preparing to launch a massive investigation into nonexistent voter fraud based on the lie that millions voted illegally while House Republicans are shutting down the agency that is supposed to make sure America’s elections are secure. It’s more proof of how the GOP’s real agenda is to make it harder to vote.