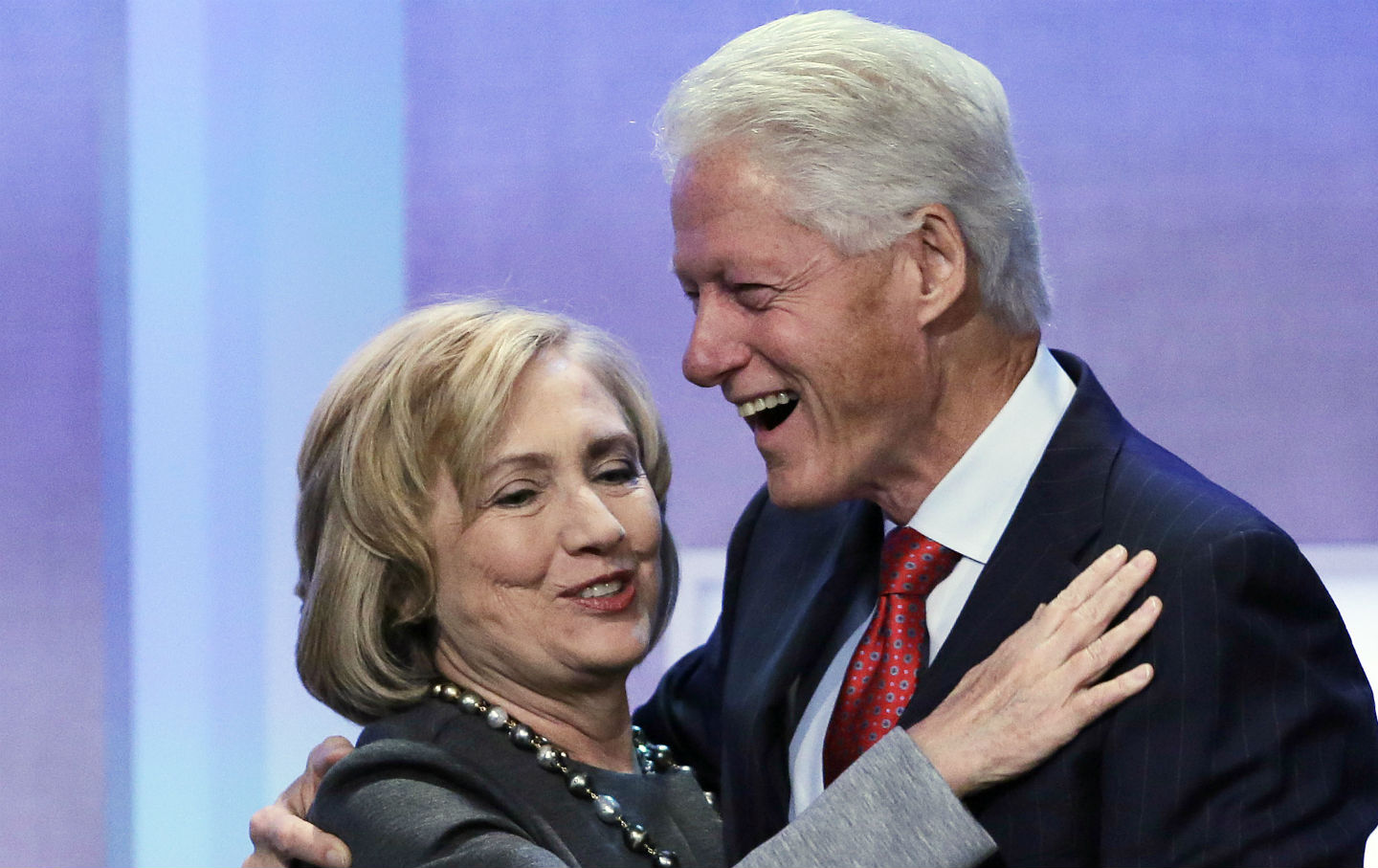 Since Bill Clinton first ran for president in 1992, has there been an entire month, and in some months even a single day, in which the words “Clinton” and “ethics” have not appeared in the same news story? After a while, we grew accustomed to those stories. So we should be well-prepared for the campaign ahead.

Remember the Madison Guaranty Savings & Loan Association? No reason why you should. It was famous for 15 minutes 20 years ago.

When Bill Clinton was governor of Arkansas, Hillary Clinton represented Madison, a local bank, before a state regulator he appointed. Once the Clintons were in the White House, and as Kenneth Starr’s investigation of the Whitewater land deal began to heat up, Hillary’s work for Madison was cited with other examples as proof of the first couple’s ethical lapses. At a press conference on March 24, 1994, the president was asked: “Do you not see any conflicts of interest in your action or your wife—wife’s actions which would appear to contradict what you just said about her not doing any work before the state, that would cause people to question your actions?”

I had been asked the same question earlier that day in an NPR interview—so I was eager to hear the reply. Clinton said: “Today, in an interview Professor Stephen Gillers of New York University, who is a widely respected national expert on legal ethics, once again said there was nothing at all unethical in doing this. These kinds of things happen when you have married couples who have professions. And the most important thing there is disclosure. There was no sneaking around about this; this was full disclosure. Professor Gillers—I brought the quote here—said, ‘I think this is a bum rap on Mrs. Clinton, and I’m amazed that it keeps getting recirculated.’”

Twenty years later, the questions are the same. Only the names have changed. Madison, Whitewater, Travelgate—they’re history. Today the stories are about foreign government contributions to the Clinton Foundation and Bill’s $250,000 speeches that took place while Hillary was running the State Department. And they are about Hillary’s private e-mail server and her destruction of nearly 32,000 e-mails.

The Clintons generate enough case studies to support a Kennedy School seminar—or a full-time reporter on a Clinton ethics beat. They do have an uncanny knack for inviting suspicion. Just as 20 years ago, however, much of it is still a bum rap. But not all of it.

This story has two themes—reality and public perception.

Reality first: Increasingly women hold powerful jobs (secretary of state, head of the US Securities and Exchange Commission, Supreme Court justice, attorney general) that could enable them to help their spouses. Increasingly, too, women are professionals while their spouses are in powerful jobs, as was true back in Little Rock. This was not a problem a half-century ago, when men had power and wives stayed home, even if they did not bake cookies.

But today, as in 1994, criticism of Hillary’s ethics is a reaction to the rise of women in political and professional life. A lot of people still have a problem with powerful women. Hillary’s opponent will exploit that indirectly. As president, we’ll be reminded, Hillary will be able to make decisions that benefit donors to the Clinton Foundation. How can we know she will not? Seeking to influence her, others may pay Bill huge sums to show up and talk. How can we know it won’t work?

If we follow the logic of these rhetorical insinuations, often only one member of a two-career household will be able to occupy high office free of rumor and suspicion. And guess who that will usually be. Criticizing Hillary for practicing her profession in Little Rock implies that all women in two-career marriages are ethically challenged. Criticizing her today because of Bill’s public life is as unfair as it was 20 years ago.

But public perception is the second theme here. And perception is where the Clintons have always had a problem. The public needs to believe that as president Hillary will not abuse her power to help Bill or the foundation. It needs to trust her. Winning that trust will be a challenge. The Clintons seem to think that because they believe in their own virtue, so should everyone else—and so they do what they want to do, never mind appearances. Even among committed Democrats, who will vote for Hillary no matter what, that causes discomfort. Why do the Clintons make it so hard for us? Even supporters are prone to parse their sentences for artful phrasing. We wonder if they’re being straight or if it’s all lawyer talk.

Hillary has to figure out how to dispel that unease.

Having a private e-mail account was stupid. Destroying the “private” e-mails was just as bad, unless the contents were more harmful than destruction, which is also a problem. Did no one warn her? If not, she has to shake up her team. She needs a “don’t do it, Hillary” staffer, a “no-man” or “no-woman,” the opposite of a “yes-man.” If she just didn’t listen, that is another worry; good counsel is useless if ignored.

No one runs for president alone. Hillary is greatly indebted to her supporters. That means she must sacrifice her own convenience or self-interest for a greater good—and inspiring trust is part of the package. If she can’t do that, and, as important, appear to do that, in her campaign and the rest of her public life, how can we trust her to run the country?

There’s a lot that voters don’t understand about the economy, foreign affairs, law, and public policy. But they do understand that for public officials, subordinating their own interests to preserve public trust is not only a job requirement but also an essential part of character. Let’s stipulate that Hillary Clinton will always put the public first and that she knows she will. What she has to figure out is how to make sure the public believes it, too.