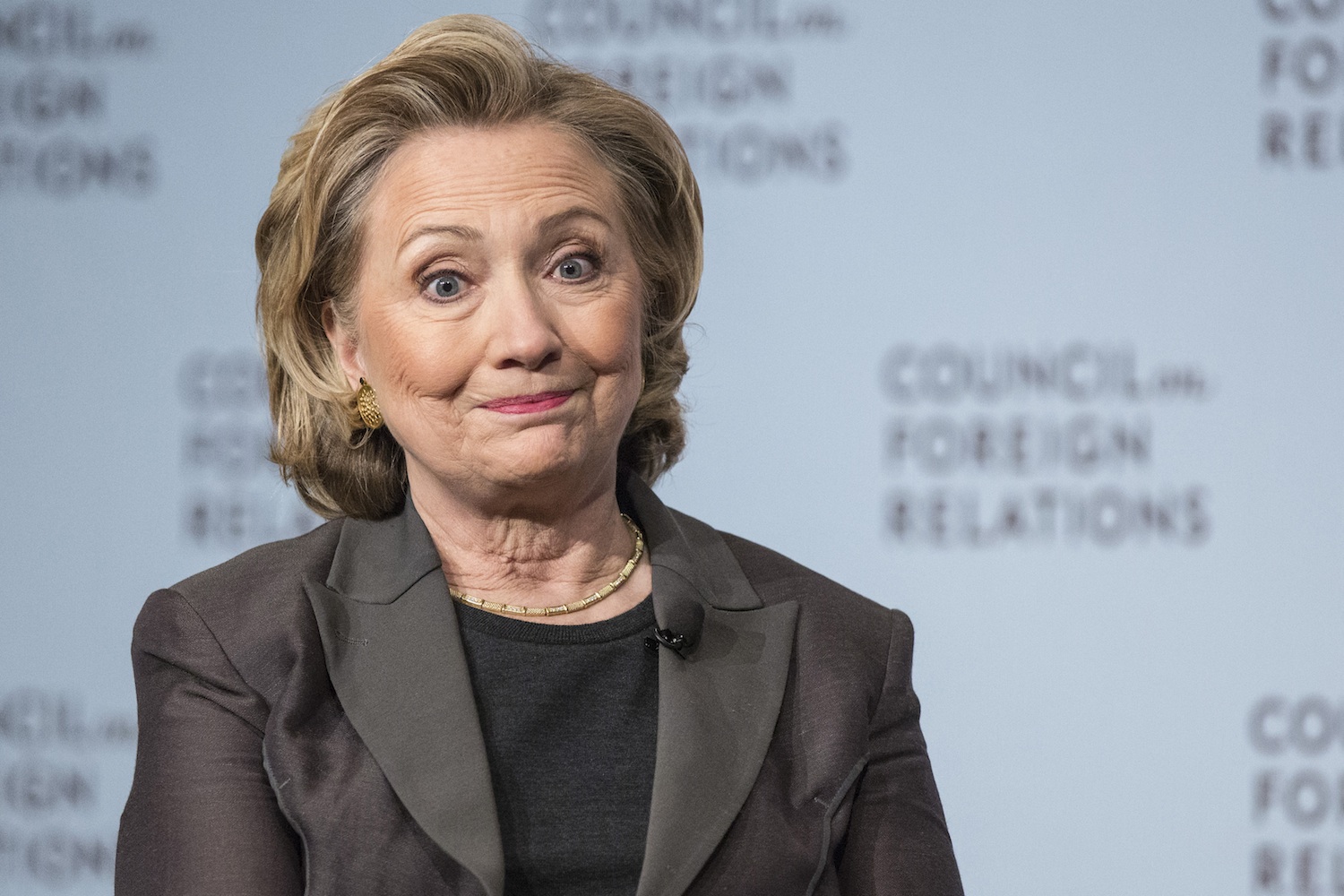 As she begins to frame out the themes of her 2016 presidential run, Hillary Clinton says she will make reform of the nation’s “dysfunctional” campaign finance system a focus of her campaign.

She is right to do so.

And she is getting close to addressing the issue in the right way.

“We need to fix our dysfunctional political system and get unaccountable money out of it once and for all—even if it takes a constitutional amendment,” the former secretary of state told students at Kirkwood Community College in rural Monticello, Iowa.

Like most prominent Democrats, Clinton is too cautious on this issue.

There is simply no question that an amendment will be needed. Americans recognize this. More than 600 communities across the country and 16 states have formally requested that Congress back an amendment to undo the decisions of the Supreme Court to remove barriers to corporate spending and billionaire domination of the political process.

Those decisions, in cases such as Citizens United-v-Federal Election Commission and McCutcheon-v-Federal Election Commission, have left no doubt that an activist majority will continue to do the bidding of corporate special interests and wealthy elites that seek to buy elections—and the policies that extend from those elections. One of Clinton’s prospective rivals in the race for the presidency, Vermont Senator Bernie Sanders, got it exactly right when he said, “There comes a time when an issue is so important that the only way to address it is by a constitutional amendment.”

Sanders introduced such an amendment in 2011, along with Florida Congressman Ted Deutch. The Sanders-Deutch “Saving American Democracy Amendment” was written to:

* Preserve the First Amendment guarantee of freedom of the press

* Renew a historic ban on corporate campaign donations to candidates

That’s not the only amemdment proposal. Some go even further in clarifying that corporations are not people, that money is not speech and that votes should matter more than dollars. But it is a good start and Clinton would do well to acknowledge as much and endorse the proposal Sanders has put forward.

Until she does, her recognition of the amendment option should be seen as just that: recognition but not an absolute commitment to lead on the issue. She needs to make that commitment, especially as she prepares to make the fund-raising rounds for a campaign that it is predicted will cost an unprecedented $2.5 billion.

Clinton defenders argue that she has to raise enough money to compete with big-spending Republican rivals such as former Florida Governor Jeb Bush and Wisconsin Governor Scott Wallker—and with the “independent expenditures” of billionaires such as the Koch brothers, whose network of wealthy donors is preparing to pour close to $1 billion into the 2016 competition. As a candidate, Clinton needs to make it clear that she understands that these spending levels are not just “dysfunctional.” They are obscene and anti-democratic.

Until she gets clearer on the issue, the Democratic front-runner will face plenty of skepticism.

With this said, Clinton has sent a useful signal on her first day of actual campaigning. Starting her run for the Democratic nomination by talking about amending the Constitution offers an indication that her 2016 campaign may not be so ideologically and practically cautious as her 2008 run was.

Clinton’s statement also highlights the vitality of the grassroots fight for an amendment.

“This move reflects the basic reality—recognized by the vast majority of Americans—that our democracy is being stripped away by a handful of Citizens United–enabled billionaires and giant corporations,” said Public Citizen President Robert Weissman. “It is also directly responsive to a rising grassroots movement demanding that the Constitution be amended to overturn Citizens United and restore We the People as sovereign.”