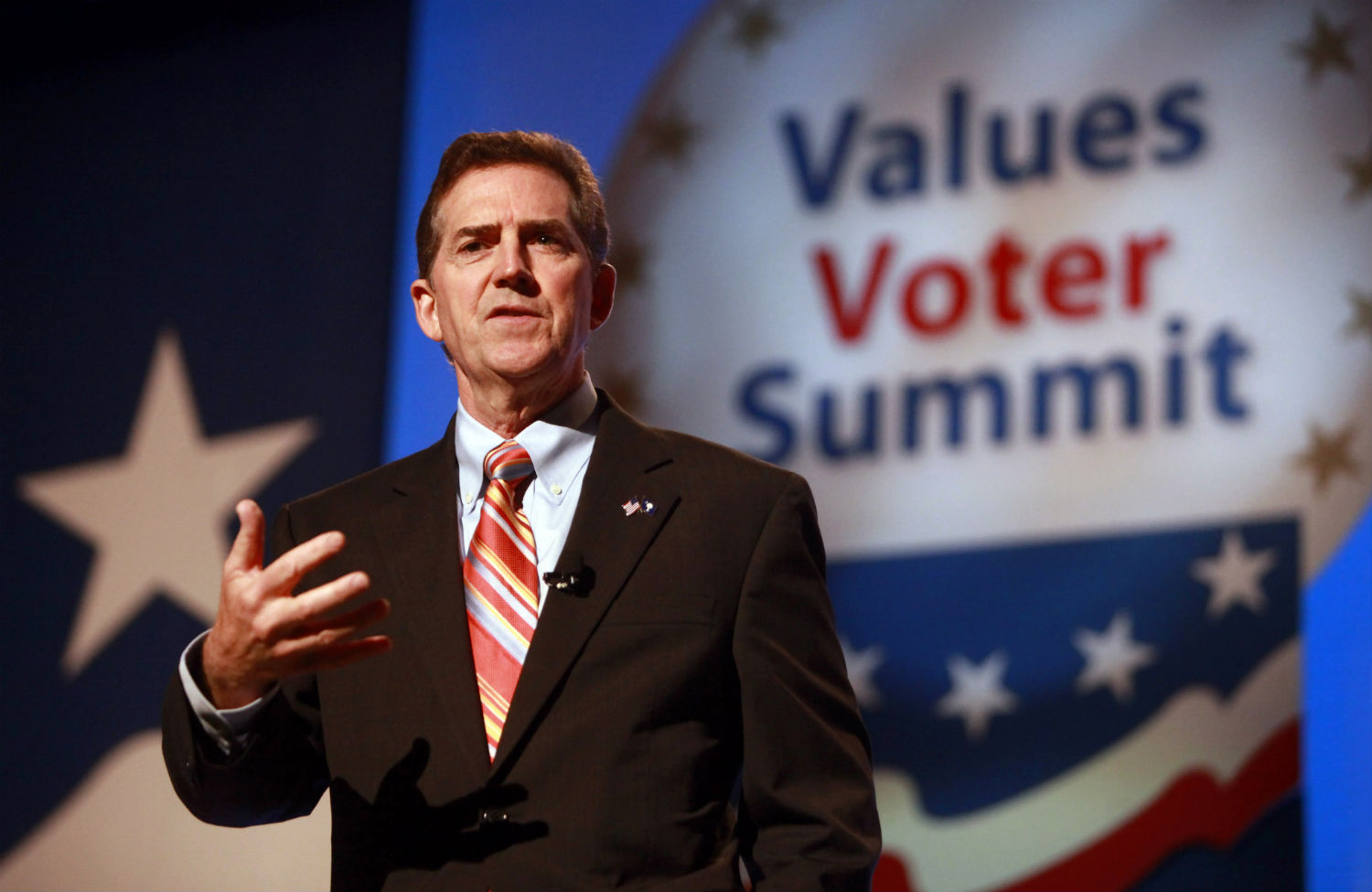 Journofolks are talking a lot about the Heritage Foundation these days. The narrative is that a once-august right-wing research shop has gone all hackish on us since being taken over by former Senator Jim DeMint and his fearsome 31-year-old deputy Michael Needham. “The Fall of the Heritage Foundation and the Death of Republican Ideas,” is how the The Atlantic’s Molly Ball tags it. In The New Republic, a profile of Needham, whom The Washington Post’s Dana Milbank labeled “The Shut-Down’s Enforcer-in-chief,” quotes Republican legislators lambasting him for “his ideological inflexibility and aggressive zero-sum tactics.” A bitter Senator Orrin Hatch is quoted in The New York Times: “Is Heritage going to go so political that it really doesn’t amount to anything anymore? I hope not.”

Of course, for a movement supposedly devoted to conserving the past, conservatives are oh-so-splendid at forgetting their own past. The notion of Hatch as the high-minded conservator of the scholarly temper would have been pretty laughable when he won his Senate seat in 1976 as the first major feather in the cap of the nascent New Right fundraising machine captained by Richard Viguerie. Back then, his campaign served as a pass-through for all sorts of Long Con hanky-panky. But never mind. The notion of Heritage’s fall from some noble intellectual golden age has been so ably debunked by historian Jason Stahl that I have little to add.

But not nothing to add. First, some more historical detail. I’ve written here before about the extraordinary events of 1974–75 in Kanawha County, West Virginia, when the school board encompassing the state’s biggest city, Charleston, voted to adopt textbooks Christian conservatives insisted endorsed miscegenation, “secular humanism,” and other assorted alleged sins, ended up dynamiting the school board building. But not before the brand-spanking-new Heritage Foundation rushed to aid the folks laying the dynamite.

In one of the first forays of this “scholarly” organization into national politics, Heritage sent sent two staffers to West Virginia. James McKenna, a lawyer who had won a string of cases defending the rights of parents to homeschool their children, came to defend the activists under indictment for violence. Connie Marshner was a young University of South Carolina graduate who had accepted a job in 1971 on Capitol Hill as a plain old secretary for Young Americans for Freedom, which was where she quietly transformed herself into an expert on Senator Walter Mondale’s bill to establish a national system of federal childcare centers—the “therapeutic state invading the home,” Marshner said. On her own, she started a letterhead organization to fight the bill. When Nixon vetoed it, calling it a threat to “the family in its rightful position as a keystone of our civilization,” she claimed victory, and was hired as Heritage’s first director of education. Soon she was soon hard at work finding “little clusters of Evangelical, fundamentalist Mom’s groups,” and transforming them into troops for the conservative movement army. She ended up writing a book called Blackboard Tyranny as her lasting contribution to the “parents rights” movement’s scholarly legacy. Based on the ideas of the Christian deconstructionist Rousas J. Rushdoony, the book argues that education professionals began their plot to replace Christianity with the “messianic” religion of secular humanism when they started teaching that education should indoctrinate children into democracy, and that parents’ right to oppose this “came from God by way of the natural law.” Scholarly!

The Heritage Foundation saw the Kanawha incident as an opportunity to build strategic capacity. “If you pick the right fight at the right time,” McKenna explained, “[y]ou can make your political points, you can help the people involved, and you can become a force in the political community.” Conservatives used to call people like this “outsider agitators.” On October 6, 1974, they were among the featured speakers at a rally before 8,000 textbook activists. One preacher cried, “If we don’t protect our children we’ll have to account for it on the day of judgement!” The next day this same preacher was among the twenty militants arrested at a garage for sabotaging school buses; the following day, two elementary schools were firebombed. Scholarly!

And now, some personal anecdotage. I’ve visited the Heritage three times for research purposes. My host was Lee Edwards, who in the service of the Heritage Foundation writes hagiographies of conservative institutions and luminaries; nice work if you can get it. Edwards is a friendly guy, generous with his time and recollections, but for all that, as a conservative-movement lifer, someone also implicated in the Long Con: in 1972 he was one of the principles in a hustle called “Friends of the FBI,” to which gullible folks at the grassroots funneled cash that mostly ended up going back to the hustlers; their front man, TV star Efram Zimbalist, withdrew from the project after saying its three founders, including Edwards, were guilty of “fraud and misrepresentation.”

Anyway, on one of these visits, the foundation was fulsomely hosting some Asian dictator, holding him up as a tribune of freedom. On another, one Heritage fellow, a superannuated former Reagan UN ambassador, told me stories about Barry Goldwater “chasing pussy.” On a third, Edwards led me to Edwin Meese’s office for an interview. We passed through a room dedicated to Amway, with a full complement of their products on display—some think tank! (Regular readers of this blog know what I think of Amway, a seriously scholarly outfit…). Once there, the former attorney general of the United States told me no one had ever complained about racism in the Oakland police when he was the Alameda County DA in the 1960s. I told him I knew of some fellows who would have disagreed. He looked at me like I was nuts.

Yes, it used to be a such high-minded, intellectually serious place. Nowadays: What hath Jim DeMint wrought?

Katrina vanden Heuvel on the irrelevanceof the Heritage Foundation.