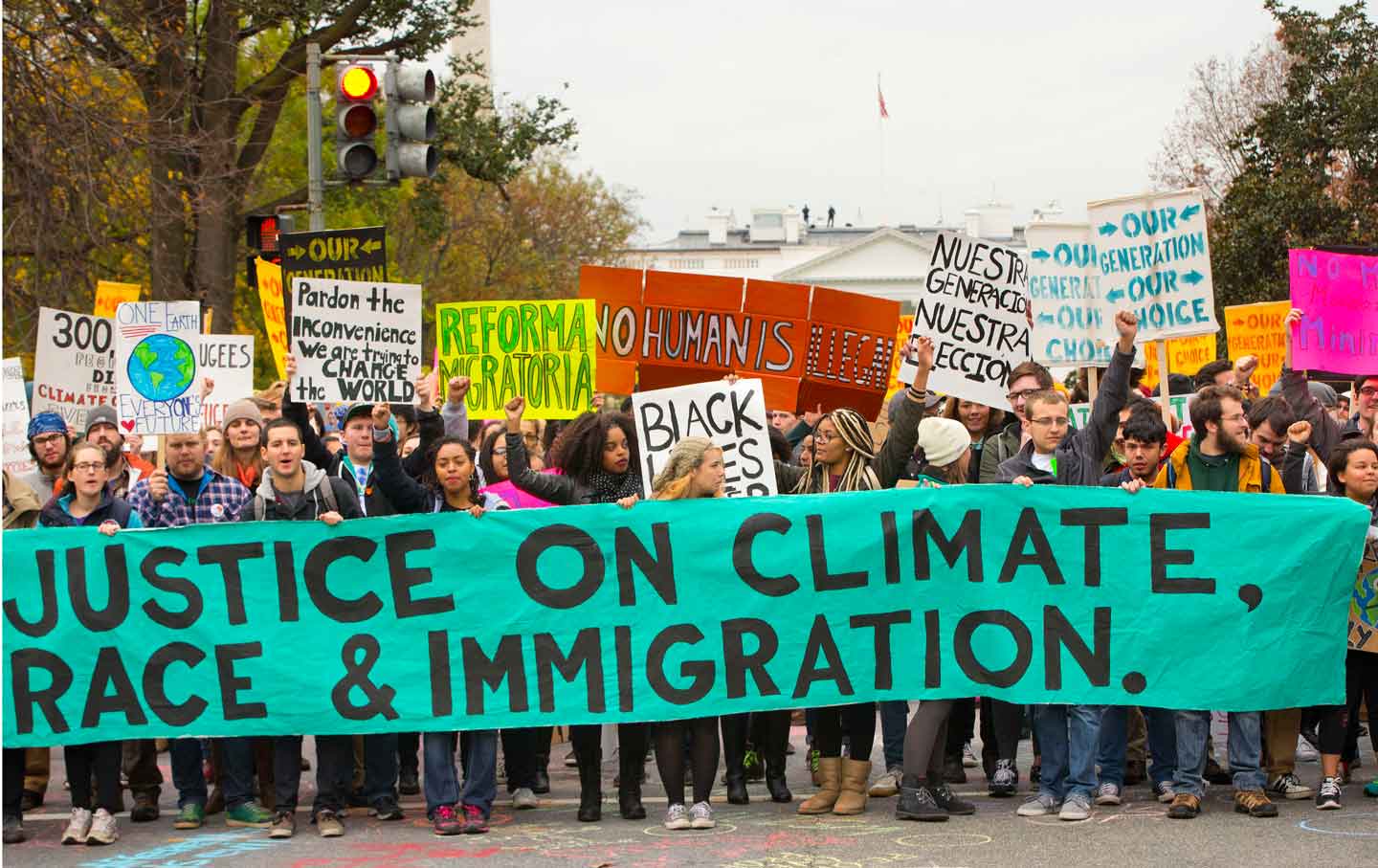 With the Iowa Caucuses under our belts, the 2016 presidential election is finally underway, and it will likely prove to be the most important election of our lifetimes.

You’ve probably heard that before. Every four years someone makes the claim, often to hector people into voting for or against a given candidate in the primaries. But this election is different. Last December, 196 nations agreed to the first global compact to fight climate change, and because of the way that deal was structured, it won’t only be this country’s future on the line come November.

There was already a lot riding on this election when the climate agreement was signed. Most of Obama’s second-term accomplishments were achieved through executive actions, which can be killed with a stroke of the pen by a President Cruz or Trump. It’s unlikely that a Republican president would actually withdraw from the Iran deal, but we could probably kiss normalization of relations with Cuba goodbye. The same goes for deferred action for Dreamers and the undocumented parents of US citizens—Republican governors are already fighting the latter all the way to the Supreme Court. Obama’s recent package of gun-safety measures would surely vanish. His orders requiring companies that do business with the federal government to pay a minimum wage of $10.10 per hour and barring them from discriminating on the basis of sexual orientation or gender identity—which impacts an estimated 20 percent of the American workforce—would at least be in peril.

The fact that Democrats lost over 900 state legislative seats during Obama’s presidency, and Republicans now exercise unified control of 25 state governments—the most since 1952—also raises the stakes. With Congress unlikely to switch hands in 2016, the executive branch will either empower right-wing lawmakers at the state level or serve as a bulwark against their extremism.

And of course there’s the Supreme Court. Next year, a president will be sworn in with three octogenarian justices (Ginsburg, Scalia, and Kennedy), and a fourth in his late 70s (Breyer). That means the winner of the 2016 election will likely get the first opportunity to shift the Court’s balance of power since George H. Bush replaced Thurgood Marshall with Clarence Thomas 25 years ago.

But it’s the climate agreement that really gives the outcome of this election historic significance. In a study published in the Proceedings of the National Academy of Sciences last October, scientists using the latest climate models identified 41 potential “tipping points,” where various regions could face rapid climactic destabilization at any time. Experts say that the climate deal, completed at the end of the hottest year on record, represents a make-or-break opportunity to stave off the worst effects of global warming.

While many environmental groups hailed the agreement as a game-changer, others lamented the fact that the commitments made in Paris were voluntary—that the deal had no teeth as far as enforcement. The outcome of America’s next two elections will go a long way toward determining which of these views proves correct. The commitments made in Paris get us about half of the decrease in emissions that climatologists say is necessary to avert the worst impacts of climate change. Central to the agreement is its “ratchet principle,” which means that countries are expected to step up their commitments to curb emissions going forward. The signatories’ progress will be monitored, and they’ll reconvene every five years, beginning in 2018, to continue ratcheting up their effort to reduce emissions.

Obama relied on executive action to make our initial commitments—investing in clean energy, issuing new regulations on coal-fired power plants, and enacting tighter fuel-efficiency standards for motor vehicles. He cut a bilateral agreement with China that paved the way for the Paris deal. All of these efforts must remain in place in order to honor the commitments we made in Paris. Only a president who believes global warming is a genuine threat will do what it takes to ratchet them up.

The United States is second to China in greenhouse-gas emissions—and number one in emissions per person. Big, developing countries like China and India rightly point out that the West became affluent with over a century of dirty development, and are responsible for a majority of the world’s cumulative emissions over that period. If we don’t meet our targets, other countries will have an excuse to not honor their own commitments, and the whole deal could fall apart.

“We have a tremendous responsibility to be a major part of the solution,” says Michael Mann, director of the Earth System Science Center at Pennsylvania State University. “We’ve seen the president use every lever at his disposal to try to impact policy in this arena. The problem is that we’ve had intransigence from the Republican leadership in the US Congress.”

That kind of intransigence in the White House would be a disaster. Since Senator Lindsey Graham (R-SC) threw in the towel for the Republican nomination last December, none of the remaining Republican contenders embrace the scientific consensus surrounding global warming, although Jeb Bush and John Kasich have danced around the issue. One could make the case that if one of those candidates—or New Jersey Governor Chris Christie—were to win the White House, he would stay the course, but as of this writing, none of them are polling at more than 5 percent in the Real Clear Politics average of polls. Donald Trump thinks climate change is a hoax cooked up by the Chinese “in order to make U.S. manufacturing non-competitive,” Marco Rubio called the Paris agreement an “unfunny joke,” and Ted Cruz explicitly promised to pull out of it if he’s elected. Is that just bluster—red meat for the base? Perhaps, but The Hill reported in December that Congressional Republicans and their allies were “pursuing channels in each branch of government as they look to torpedo the deal.” A Republican president wouldn’t have to formally withdraw from the Paris compact; unwinding Obama’s executive actions and refusing to ratchet up our commitments in the future could prove the deal’s detractors correct.

“A future Cruz administration or Trump administration would potentially be catastrophic for the planet,” says Mann. “If we have a president who, unlike the current president, does not accept the overwhelming consensus of the world’s scientists, that’s going to be a problem for all of us.” Whatever policy differences exist between the Democratic candidates, both Hillary Clinton and Bernie Sanders have promised that fighting climate change would be at the top of their agendas.

The presidency has a lot of power in our system of government, so every election is important. But when you consider everything that’s at stake in this moment in our history, this one has the potential to be truly pivotal.