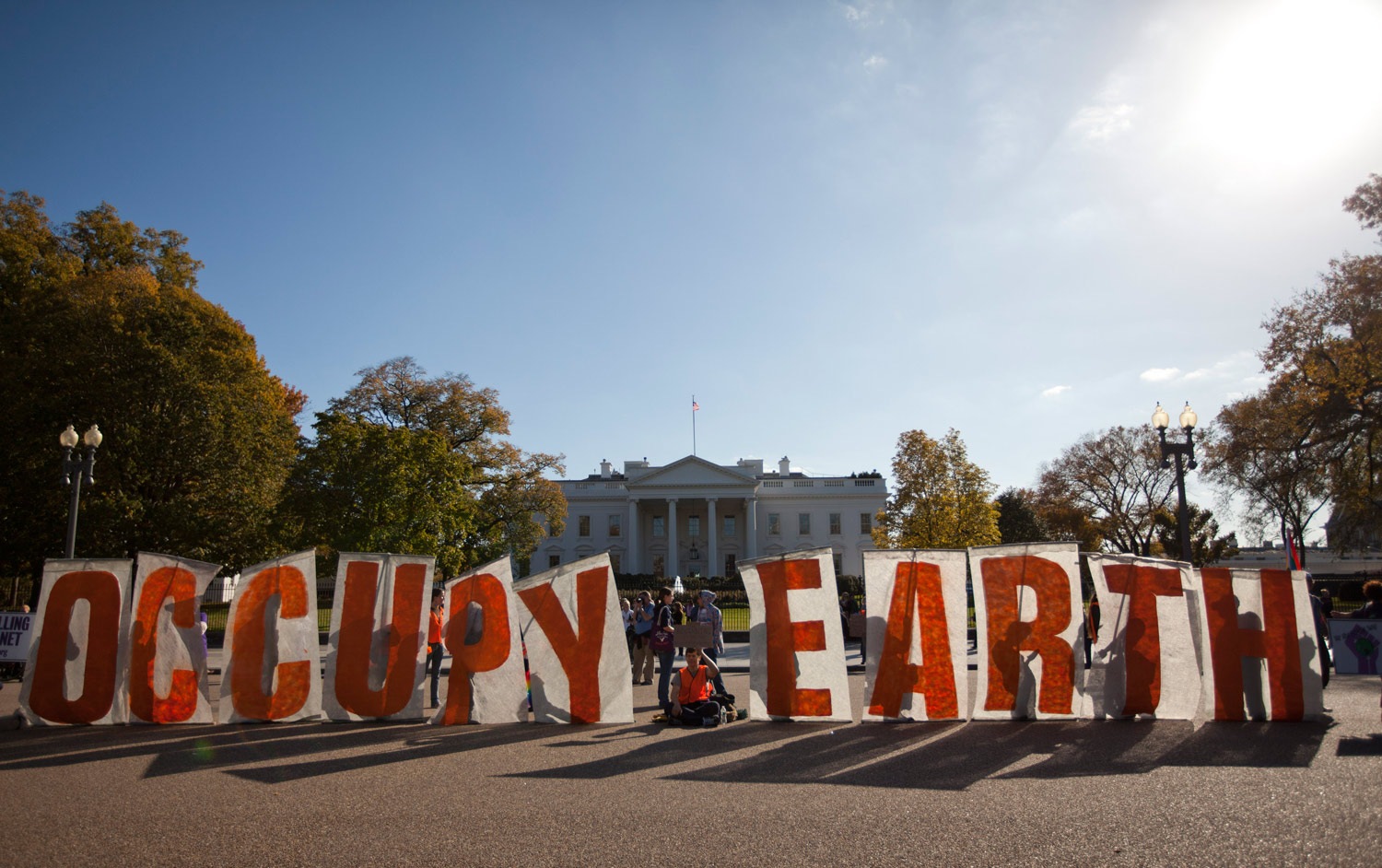 To write honestly but constructively about climate change in the year 2014 is as challenging as it is necessary. I was reminded of this yesterday after I published a controversial piece in Harper’s about the Obama administration’s new regulations on carbon pollution from power plants in the United States.

Honesty compelled the journalist in me to point out that these regulations are much less ambitious than either their environmental supporters or industry critics are claiming. How so? The Obama administration was, once again, moving the goalposts on climate policy. Correct its statistical sleight-of-hand and the 30 percent emissions reductions by 2030 that President Obama and EPA Administrator Gina McCarthy are promising dwindle to just 7.7 percent.

I’ll explain the math in a moment. But what troubled me were some of the comments my piece provoked. I’m not talking about the predictable attacks from climate deniers; I stopped wasting my time with them years ago.

No, what concerned me were the readers who clearly wanted action against climate change and interpreted my piece as evidence that Obama and the US government in general will never provide it.

Some readers, encouraged by mainstream news coverage that uncritically conveyed the 30 percent pledge, were left deflated by my revealing that there was less to the regulations than met the eye. “Don’t let the perfect be the enemy of the good,” I was told (to paraphrase a number of similar comments). “Couldn’t these regulations, imperfect as they are, be a first step that can lead to bigger steps down the road?”

Others were more cynical. The weakness of the new regulations, they asserted, demonstrated once again that Obama was a sell-out, all talk and no action, more loyal to the economic powers that be than to the good of the country and the planet.

Whew! Neither of these reactions are the kind of constructive response I hope to elicit when I write about climate change. The last thing I want to do is demoralize people or discourage them from being involved and taking action. Now more than ever, taking action is the only thing that can save our civilization, our kids, even ourselves from a forbiddingly challenging future. At the same time, I don’t think it helps to deceive ourselves about the true dimensions of the problem or the value of any of the solutions put forth against it. We must be clear-eyed about what needs doing and what will make a difference, even as we resist the despair and cynicism that paralyze action and thus guarantee defeat.

So let me make it clear that I regard Obama’s new regulations, despite their shortcomings, as a welcome and potentially important step forward. But—you knew there was a but, right?—they will not realize that potential without much more popular pressure. Indeed, as Bill McKibben pointed out yesterday in an e-mail to supporters of the activist group 350.org, these new regulations would not have happened in the first place without the pressure citizens have exerted to date. (The next big opportunity to apply such pressure, McKibben added, arrives in September, when 350.org and others are organizing what they hope will be a massive rally at the high-level climate talks Secretary General Ban Ki-moon is convening at the United Nations in New York.)

A key part of the necessary pressure, I submit, is to point out that Obama’s new regulations unfortunately fall far short of what science says is necessary to avoid a catastrophic future. As I explained in my piece yesterday:

From the earliest days of his presidency, Obama has repeatedly chosen 2005 as the baseline year for his proposed cuts in greenhouse gas emissions…. The problem is, the standard baseline year for measuring emissions—employed for decades by governments, scientists, advocates and journalists around the world and codified in the United Nations Framework Convention on Climate Change—has always been 1990. Apply the proper 1990 baseline, and president Obama’s long-standing pledge to reduce US emissions by 17 percent from 2005 levels by 2020 shrinks to less than 4 percent. [Likewise with the new EPA regulations,] the 30 percent reductions promised by 2030 shrink to a mere 7.7 percent when the 1990 baseline is applied, according to Kevin Bundy of the Center for Biological Diversity’s Climate Law Institute.

Now, these facts do not necessarily mean the new EPA regulations should be opposed and Obama condemned for proposing them. Rather, they mean that advocates must demand much more—and, equally important, create the political conditions that pressure and give cover to Obama and the other government and corporate officials who must deliver that “more.”

Climate advocates might draw lessons and encouragement from the example of the US and European peace movements in the 1980s, when they were working to stave off nuclear war between the US and Soviet superpowers. Through local organizing, education and agitation, peace groups put literally millions of people into the streets in both Europe and the United States. The resulting pressure on US allies in Europe grew so intense that Ronald Reagan’s White House became “worried we would lose some of those governments,” David Gergen, the White House communications director, later told me.

Then a miraculous stroke of luck occurred. (Never underestimate the importance of luck—and being prepared to take advantage of it—in making social change.) Mikhail Gorbachev suddenly rose to power in Moscow and began proposing concrete measures to lower tensions and slow the arms race.

When Gorbachev suggested a halt to nuclear weapons testing, the peace movement’s response was at once honest and constructive: a test ban doesn’t stop the arms race, but it’s a good first step. “We welcomed the initiative but said that both sides had to do more,” I remember Mary Kaldor, a leader within the European peace movement, explaining after the fact. Eventually, the combination of Gorbachev’s boldness, sustained popular pressure and Reagan’s own desire to get rid of nuclear weapons led to an entirely unexpected outcome: both superpowers agreed to dramatically reduce their nuclear arsenals and in other ways take a huge (if still incomplete) step back from the nuclear abyss.

A similar challenge now confronts humanity on climate change. To meet this challenge requires each of us to be at once honest and constructive, realistic but resolute, open-minded but unswerving. The hour is late, there’s no denying it, but extraordinary things are still possible if enough of us insist on making them happen.