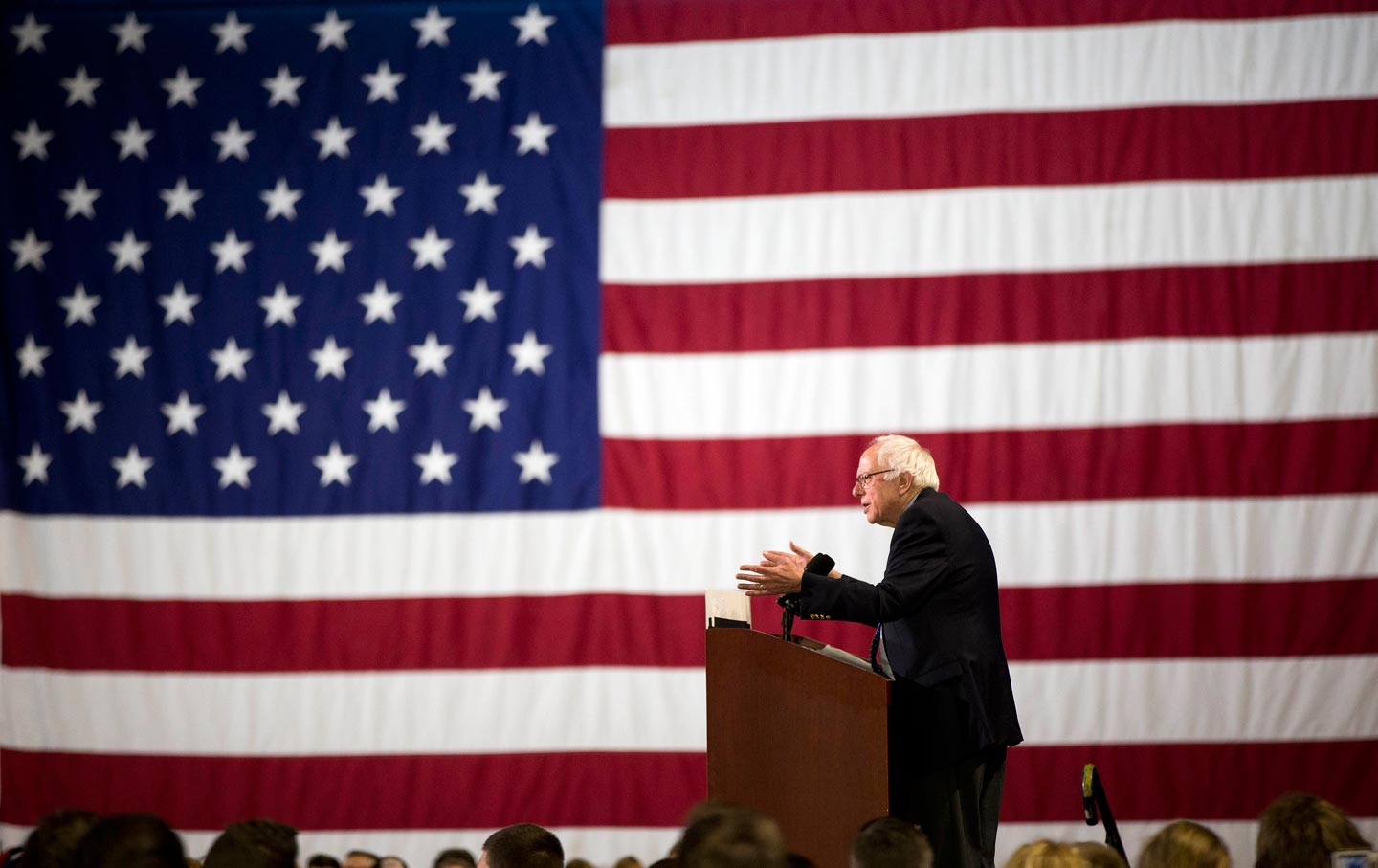 At The Daily Beast, Jay Michaelson writes that, “despite having absorbed several dozen pro-Bernie articles and videos,” he has “yet to hear a plausible path to victory for Bernie Sanders.” He doesn’t argue that Hillary Clinton wouldn’t be a more formidable general-election candidate; he simply cannot see a scenario in which Bernie Sanders becomes the 45th president.

He’s not alone. It’s hard to overstate how confident some political analysts are that Bernie Sanders, should he become the Democratic nominee, would go on to be crushed in a general election. They know it like they know that the sun rises in the east; some are outraged that theirs is not a consensus view.

And they have two compelling arguments. First, while Sanders holds up well in head-to-head polling against the likely Republican candidates—better than Hillary Clinton at this point—he’s never been subjected to a billion dollars’ worth of vicious, red-baiting attacks from the right. Sanders has spent a lifetime in lefty politics, and there’s a treasure-trove of opposition research waiting to be unleashed should he win the Democratic nomination. Tim Mak wrote for The Daily Beast that “Sanders’s association with the radical left is varied—over many years of political development he came to be associated with the youth section of the Socialist Party; the Trotskyist Socialist Workers’ Party; the anti-war Vermont Liberty Union Party, and the left-wing People’s Party.” Some of these groups endorsed the Iranian Revolution and were fiercely pro-Cuba. Mak also found an op-ed Sanders wrote in 1972 in which he argued that Congress should “institute public ownership, with worker control, of the major means of production.” Throw in a bit of dog-whistle anti-Semitism and some attacks based on Sanders’s advanced age, and it’s not hard to see how these kinds of attacks might take a toll on a lot of moderate voters.

A second strong point is related to the first: Much as Sanders’s supporters would say his platform is in keeping with traditional Democratic politics in the FDR mold, he’s widely viewed as a candidate who’s outside the mainstream. When Vox asked six political scientists about Sanders’s electability, they agreed that being perceived as too close to one ideological pole puts a candidate at a significant disadvantage—University of Denver scholar Seth Masket estimated that it would cost Sanders 2-3 percentage points relative to a generic Democratic candidate. Voters might say they want dramatic change, but when they’re faced with the prospect of the unknown, they become risk-averse.

And while Hillary Clinton may struggle with an electorate that doesn’t find her “trustworthy,” according to several polls, the right has been throwing dirt at the Clintons for 25 years and it’s hard to imagine them coming up with anything new that might persuade voters who don’t already see her as a monster.

If that’s the end of your analysis, then it’s easy to conclude that Sanders would be toast in a general election. But there are other factors that complicate this picture.

First, with each passing day it seems less likely that the Democratic will face a mainstream Republican. Political scientists base their analyses on a relatively small sample of modern presidential elections. There have been blowouts with candidates that don’t fit the mold of a traditional Democrat or Republican—Barry Goldwater’s epic defeat in 1964 is the example that most often comes to mind—but we’ve never had a race that pitted two candidates who were seen as falling on the ideological extremes in a head-to head matchup, which would be the case with a race between Ted Cruz and Bernie Sanders. And there has certainly never been a presidential contest that featured a quasi-fascistic reality-TV star. (Donald Trump is viewed favorably by just 36 percent of the general public, 13 points lower than Sanders’s favorability rating, according to The Huffington Post’s polling average.)

Second, that analysis underestimates the power of negative partisanship. With so much at stake in November—it’s much more than just the Supreme Court—both Democrats and Republicans are likely to be motivated in November. They may have misgivings with their respective nominees, but they’re going to work hard to beat the other party’s candidate. A USA Today/ Suffolk University poll released on February 16 found that “partisans on both sides warn that the leading candidate on the other side would not only pursue unwelcome policies in the White House but would imperil the nation’s fundamental values and constitutional principles.” If both parties’ bases turn out in force, then the Democrats’ demographic and Electoral College advantages kick in.

It’s also unclear how effective conservative red-baiting would be in discouraging the “Obama coalition” of educated white liberals and people of color to abandon Sanders. They were told in 2008 that the black guy with the Arabic middle name would lose several points in a general election relative to a more mainstream candidate, and they saw him win twice. Media siloing—the increasing tendency to get our information from media sources we agree with and like-minded people on social media—makes it harder for Republicans to set the terms of the debate today than it was even during the Swift-boat campaign 12 years ago.

Finally, there’s the question of how much candidates and campaigns really matter. Political scientists tell us they do matter, but far less than most people think. In a race between two traditional candidates, economic trends and the popularity of the outgoing or incumbent president give one party or the other a structural advantage in the race. That should hold true with two non-traditional candidates as well. And if campaigns and candidates do matter, and not just at the margins, then an objective observer has to give Sanders some credit for being a genuine and charismatic candidate, and his campaign some credit for getting him to the position he’s in now. You can’t ignore the possibility that in a time when a lot of people see the game as rigged, his singular focus on how political inequality drives economic inequality has real appeal. And in the (unlikely) event that Sanders overcomes some incredibly steep odds to defeat a better-funded, mainstream candidate with an enormous amount of establishment support in the primary, he will have proven that he’s an adroit politician.

So to answer Jay Michaelson, Sanders’s path to victory isn’t hard to see: A billion-dollar smear campaign against him has limited impact on young voters, urban liberals and people of color, who come out in force against either Donald Trump or Ted Cruz for obvious reasons, including an open Supreme Court seat, and the Dems’ demographic and Electoral College advantages carry the day. Clinton supporters would be better off sticking to the argument that Clinton faces better odds, and that having better odds is enough reason to support her, given how high the stakes will be in November.