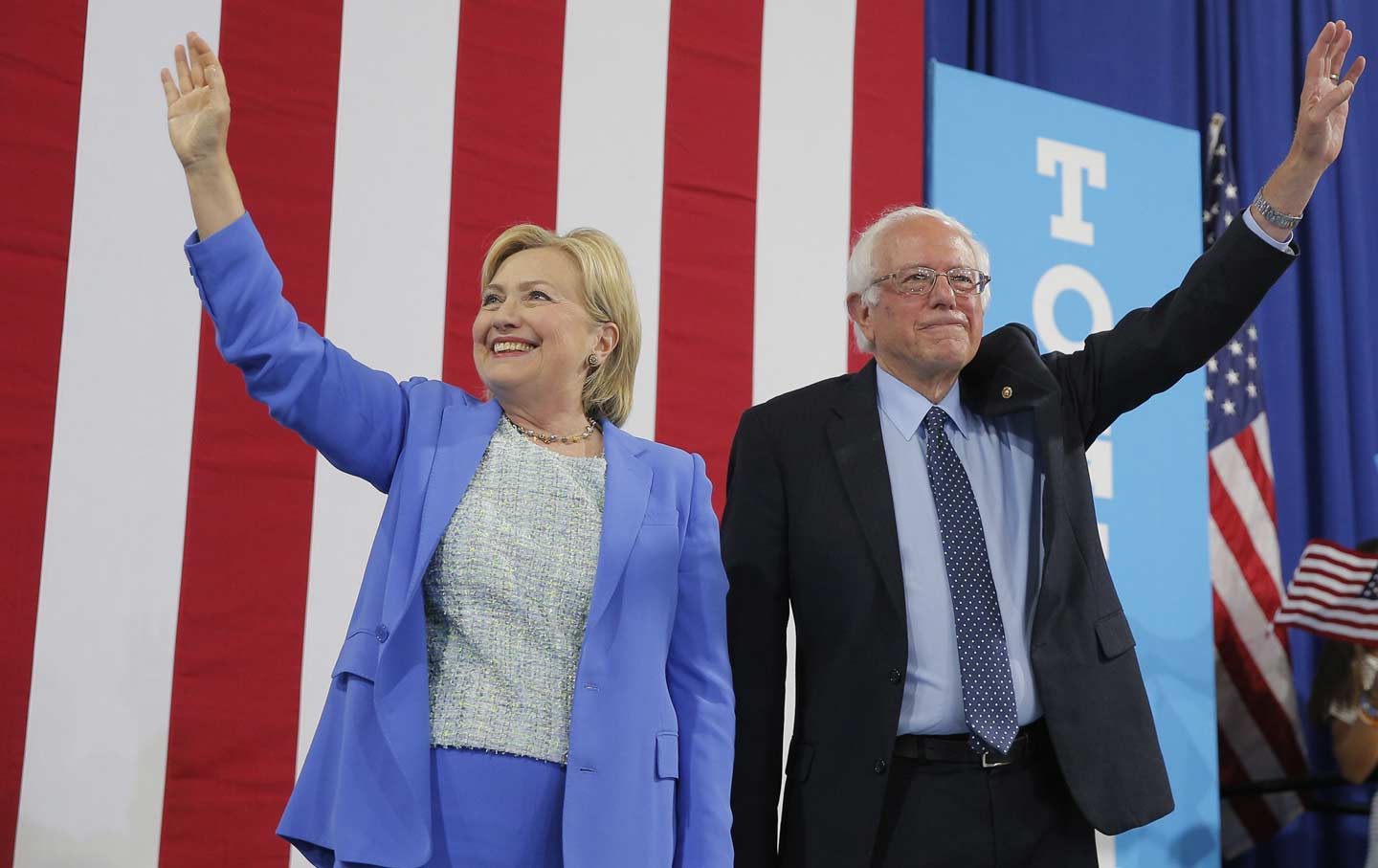 St. Louis—More than 700 American communities and 17 states have demanded federal action to amend the US Constitution in order to overturn the Supreme Court’s Citizens United decision, which knocked down barriers to the buying of elections by multinational corporations. Now Hillary Clinton says that, if she is elected president, she wants to lead the charge.

In a taped video prepared for Saturday’s Netroots Nation gathering of progressive activists here, the presumptive Democratic nominee announced that she plans to propose an amendment within the first 30 days of her presidency. Clinton made the announcement as part of a broader statement to activists whom she hailed for helping to “put political and campaign finance reform at the top of the national agenda.”

In addition to her pledge to “propose a constitutional amendment to overturn Citizens United and give the American people, all of us, a chance to reclaim our democracy,” Clinton said that she will “appoint Supreme Court justices who understand that this decision was a disaster for our democracy. I will fight for other progressive reforms, including small-dollar matching and disclosure requirements. I hope some of the brilliant minds in this room will seek out cases to challenge Citizens United in the courts.”

As it happens, Clinton’s video was prepared for a crowd that included lawyers from groups, such as Free Speech for People, who have been developing plans to bring such cases.

But the candidate’s highlighting of the need for a constitutional response to the crisis of big-money influence over elections and governance is especially important, as she is embracing the bold and direct approach that has been championed by grassroots activists who have worked with the Move to Amend and Democracy Is For People campaigns, among others. Those activists have demanded a 28th amendment that makes it clear that corporations are not people, that money is not speech and that citizens (and their elected representatives) have a right to organize elections in which their votes matter more than billionaire dollars.

“Momentum is building in the movement to restore our democracy.” —Marge Baker, People for the American Way

The Clinton announcement is not so much a new position—she indicated last year that she saw an amendment as one option for dialing down the influence of big money in politics—as it is a new indication of the seriousness with which she plans to approach the issue. It is a sign, as the Progressive Change Campaign Committee’s Marissa Barrow noted, that Clinton will “elevate the fight against big money influence in politics during her first month in office.”

A commitment to make constitutional reform a high priority, and to start early in a new administration, is vital. Constitutional amendments initiated at the federal level must gain two-thirds support from the House of Representatives and the Senate, and then must secure the approval from state legislatures in two-thirds of the states.

But there is a more immediate reason Clinton’s stance is significant.

Taking a very clear, very strong position in favor of an amendment is politically smart for the presumptive Democratic nominee as she continues to appeal to progressive Democrats and independents who supported Vermont Senator Bernie Sanders in the race for the nomination. Clinton understands this; in the Netroots video, she said, “I know that many of the people in this room supported Senator Sanders in the primary. I’m looking forward to hearing from you, learning from you, and working with you.”

When Clinton and Sanders were campaigning earlier this year in primary and caucus states, the senator made his support for an amendment the constitution a central tenet of his populist promise to take on “the billionaire class.” Sanders declared from the start of his run that he would “Fight to pass a constitutional amendment making it clear that Congress and the states have the power to regulate money in elections. I have been a proud sponsor and leading champion of such an amendment in the Senate.”

Like many top Democrats, Clinton was initially more cautious in her language—saying last year, “We need to fix our dysfunctional political system and get unaccountable money out of it once and for all—even if it takes a constitutional amendment.” Additionally, Clinton’s approach to fund-raising for this campaign, with its focus on attracting high-dollar donors, has stirred concerns and inspired protests outside some of her more expensive events.

But, on Saturday Clinton told the Netroots crowd, “I’m looking forward to fighting alongside you, and Senator Sanders, in the weeks, months and years to come.” And the candidate who almost a decade ago was the target of attacks by the right-wing group that was at the center of the initial Citizens United case was offering specifics about how she hopes to advance the fight for fundamental reform as the next president of the United States.

With the commitment to a timetable for promoting an amendment, and especially with her decision to announce it at the Netroots session, Clinton sent her clearest signal yet on the issue. And that signal was celebrated by activists who have worked for many years to raise the profile of the amendment movement.

“This is a crystal clear indication that Hillary Clinton absolutely understands the gravity of the problem and will make the fight for a democracy for all the people a top issue in her administration,” said Marge Baker, the executive vice president of People For the American Way. “Americans overwhelmingly favor common-sense reforms, including amending the Constitution, to make sure our government is one of, by and for the people—not just wealthy corporations and special interests. Momentum is building in the movement to restore our democracy, and voters across the ideological spectrum who care about protecting the core values of our democracy should cheer Secretary Clinton’s announcement.”