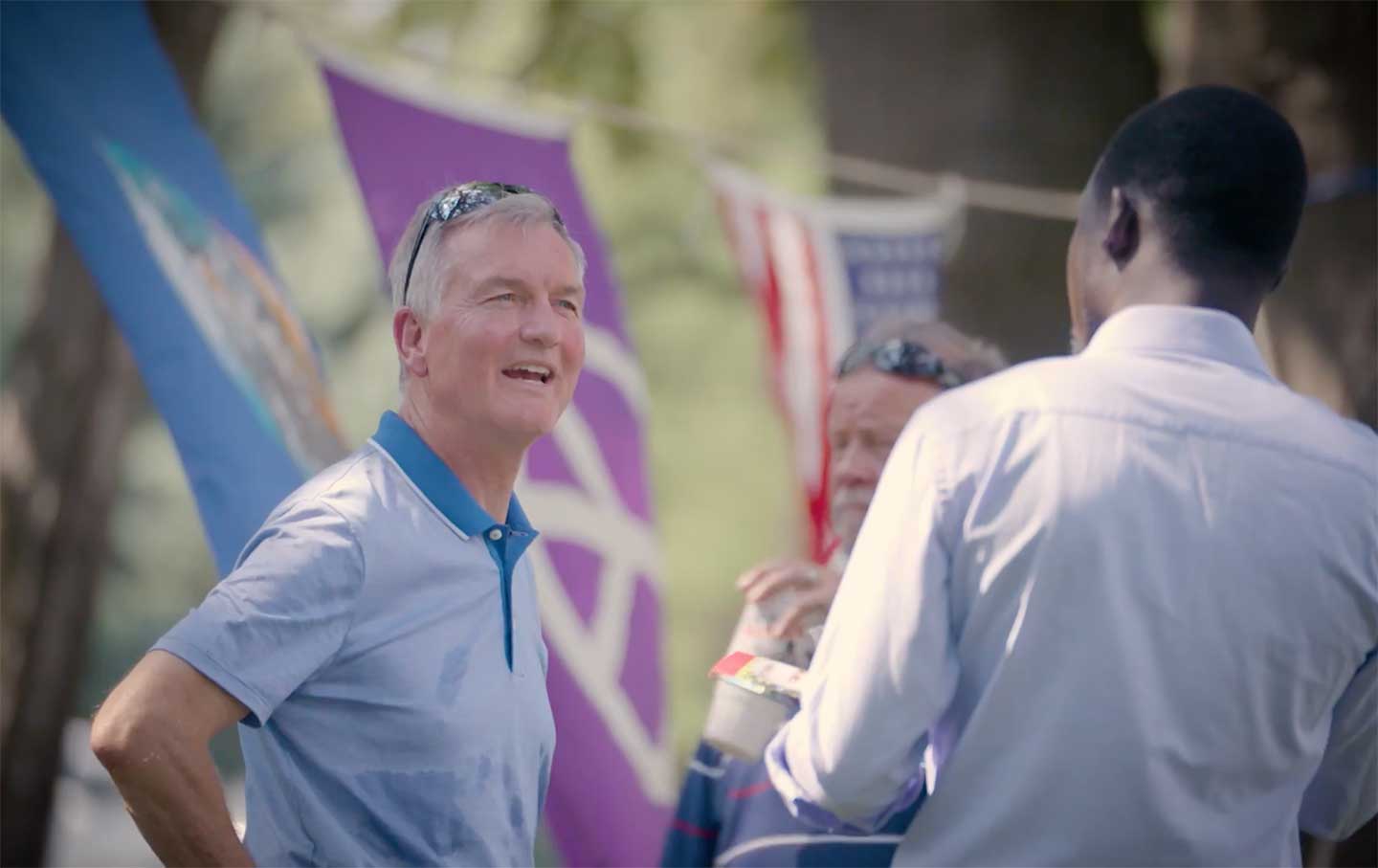 When Barack Obama won the presidency in 2008, he took 45 percent of the rural vote nationwide. In Iowa, a state that is often seen as a bellwether for measuring the sentiments of farm country and small-town America, Obama carried the rural regions of the state. Of the state’s 99 counties, Obama won 53.

It is fair to say that the collapse of the Democratic vote in rural regions of the country cost Clinton a number of states—certainly Wisconsin, Michigan, and Pennsylvania; perhaps Iowa and several others—where her party had maintained a reasonably steady pattern of winning presidential contests. This is why Democratic strategists spend so much time theorizing about how to renew the party’s fortunes among farmers, ranchers, and their neighbors. The most foolish of these strategists think that the party must turn right on the issues, or tailor appeals to angry white men—failing to recognize that angry white men have been backing Republicans for decades.

“The first order of business to reconnect with rural voters is to show up.” —John Norris

But there are smart thinkers about rural America, and one of them is running for governor of Iowa.

John Norris, who helped Obama build his base in the Hawkeye State in 2008 and who ran Jesse Jackson’s 1988 campaign in Iowa, recognizes what most DC Democrats do not. He understands that the way to appeal to rural voters is not with desperate “I’ll-be-whatever-you-want-me-to-be” pleas but rather with two things: (1) Programs that address the complex economic and social issues facing rural regions, and (2) A physical presence in those regions.

Norris grew up on his family’s farm and came to be known as an able organizer and strategist in the 1980s, when he served as the director of the Iowa Farm Unity Coalition. He helped to develop the inclusive politics of Jackson’s Rainbow Coalition. He organized, rallied, and marched with coalitions of workers, farmers, environmentalists, students, and immigrants that challenged corporate power not just in Iowa but nationally and internationally—in struggles that would see Norris helping to pull together Farm Aid concerts and marching at the side of Minnesota Senator Paul Wellstone during the 1999 Seattle protests against World Trade Organization policies. When Obama became president and appointed former Iowa governor Tom Vilsack as secretary of agriculture, Norris served as chief of staff for the Department of Agriculture. Later, Obama dispatched him to Rome as the US minister-counselor to the United Nation’s Food and Agriculture Organization and World Food Program.

Norris is now running for governor in a crowded field of Democrats. His is an uphill battle. He does not have the most money or the most name recognition going into the June 5 primary.

But Norris has developed terrific ideas about how to respond to the needs of rural regions that have been struggling in recent years—and about how Democrats can and must speak to those needs. The Des Moines Register says that a “rural focus distinguishes” Norris in the gubernatorial contest, noting that “Norris comes by his rural populism naturally and talks about rural values in the context of his upbringing on a farm near Red Oak. ‘We know, for Iowa, the sense of love for the land, the sense of community, looking out for each other. The same kind of environment I grew up in rural Iowa—if a farmer gets hurt, you go help with their harvest.’”

Norris has always been comfortable walking into barns, stopping at tables in small-town diners and appearing on radio stations that lead the news with commodity prices. That comfort level is important because, he says, “the first order of business to reconnect with rural voters is to show up. We’ve had a lot of our statewide Democratic candidates the last several cycles who just have not campaigned in rural Iowa.” When those connections are made, the candidate explains to interviewers, partisan and ideological divisions become less pressing and people start to recognize that “We share the same values. Love of the land and a strong sense of community. A fundamental belief in public education as the great equalizer. [An understanding of] how important those rural schools and rural hospitals are.”

A policy wonk who has counseled presidents and presidential contenders for decades, Norris talks about a lot more than rural issues. He’s an expert on energy policy and served on the Federal Energy Regulatory Commission. He’s a savvy environmentalist. And he’s a passionate advocate for racial justice and immigrant rights, who tells voters: “I think we’ve had some success in welcoming new immigrants to the state but we’re going to have to be more successful and embrace new Iowans and immigrants if we’re going to see population growth particularly in our rural communities. So I want to see Iowa be a more inviting state for a diverse population because that’s going to help our workforce needs, help our businesses grow, repopulate our rural schools and our main streets.”

That explanation of how welcoming immigrants is economically smart—and necessary—is just one example of how Norris flips the conversation about issues that are often used to divide voters and, instead, makes a progressive case for coming together rather than pulling apart. Even when he is talking about issues such as health care and education, he expands the focus beyond cities and suburbs—talking about how “increasing wages, particularly in rural communities, starts with investing in our schools” and about how he wants to establish “a critical response team to help facilities in rural communities when significant financial challenges arise… will serve as the backstop against the closure of any rural hospital to help ensure residents in all Iowa communities continue to have access to high-quality, local health care.”

When the conversation turns to agriculture, Norris speaks a progressive populist language that makes sense to rural Iowans, who are wary of policies that are more favorable to speculators and multinational corporations rather than working farmers and main street businesses:

Iowa’s heritage is agriculture. Our love for and relationship with the land runs deep in our culture with thousands of Iowans working to produce the food, fuel, and products that we depend on every day. But, we know that agriculture is always changing and today we are at a critical crossroads that will impact rural communities, our economy and our land for decades to come. We need to ensure the changes made are towards sustainability but that will only happen if we have the will to make it happen. As your governor, I will work with farmers to make Iowa agriculture productive, sustainable and profitable. Today, outside interests are making Iowans choose between these values but I believe it’s time we support and empower farmers to not have to make a choice but to realize all three.

What is emerging today in Iowa’s agricultural sector resembles far too much the extraction industry where natural resources are mined for the profits of a few, and often out-of-state corporate interests, and the damage left behind becomes the responsibility of everyone else to pay for the cleanup. Current policies have encouraged industrial-scale commodity and livestock production, which has created an unsustainable system in Iowa that damages our environment and public health, forces family farmers off the land, and undermines the vitality of our rural communities.

John Norris integrates his exploration of farm and food issues into a broader discussion of Iowa’s future that recognizes the need to build coalitions that are big enough and bold enough to win the fights that matter for people who live in the smallest towns and the biggest cities. It’s a smart approach that over the years has earned the respect of Jesse Jackson and Barack Obama—and that Democrats who are competing in 2018 and 2020 would do well to explore.