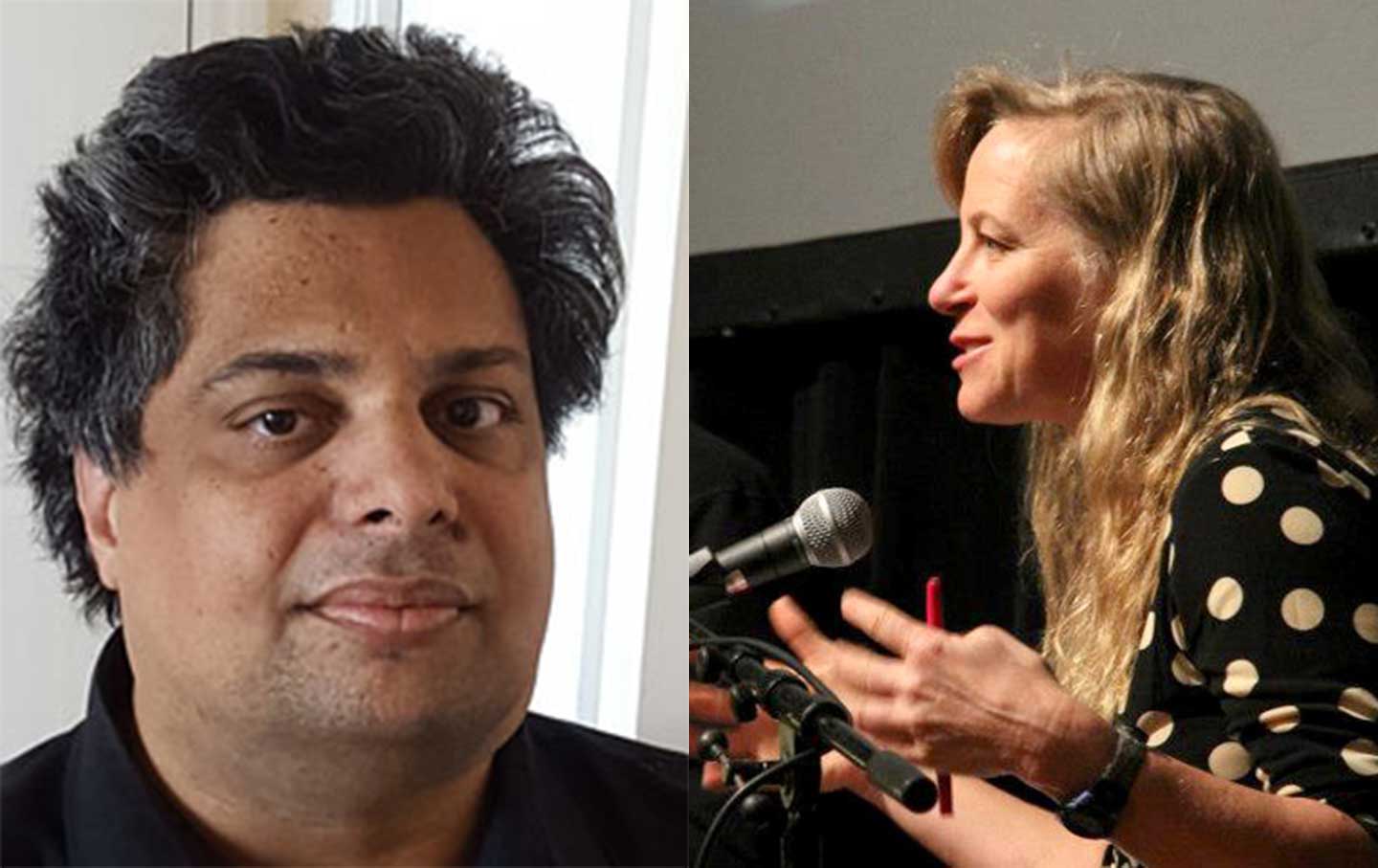 New York, NY—June 18, 2019—D.D. Guttenplan succeeds Katrina vanden Heuvel as editor of The Nation this week. (Vanden Heuvel remains publisher and will continue to chart The Nation’s strategic direction as editorial director.) In one of his first acts as editor—the magazine’s 16th in its 154-year history—Guttenplan is adding two talented new voices to the masthead, naming Jeet Heer (@HeerJeet) national-affairs correspondent and Jane McAlevey (@rsgexp) strikes correspondent, filing from the front lines of the labor movement.

“At this critical moment for both the country and The Nation I’m delighted to add two such clear and powerful voices to The Nation’s all-star roster,” says Guttenplan. “Jane McAlevey has long been a brilliant strategist and trenchant critic inside the labor movement. She’s also the subject of the first chapter of my book, The Next Republic, which is about ‘winning under conditions of extreme adversity.’ Jeet Heer is a writer whose work I have both admired (as a reader) and envied (as a writer) for years. His tremendous range and razor-sharp analytical clarity (and the fact that it’s impossible to predict exactly what he’s going to say) should make his columns a regular source of provocation and pleasure for our readers—particularly as we head into the 2020 election cycle.”

“I’ve read The Nation since I was a teenager,” adds Heer. “I couldn’t be more thrilled at joining the magazine at this crucial juncture, when the progressive politics it has long upheld are now coming to the fore. In the era of The Green New Deal and rising labor militancy, The Nation is the perfect venue for exploring the battles that will define the future.”

“From West Virginia to Oklahoma, Arizona to Kentucky, 2018 was the year of the strike—and we need to keep that going in 2019,” says McAlevey. “The Nation has a proud legacy celebrating the power of ordinary Americans to win economic justice, and has been out front documenting the resurgence of labor these past years. It’s a natural home for my work and writing in this pivotal moment. The Supreme Court has a new conservative majority. Gerrymandering has made it harder than ever to win progressive victories in elections. That leaves the economic arena, and strikes, as the one area in which ordinary Americans can make a real impact and win real change. Strikes help clarify for workers who is to blame for the pain in their lives; in this sense, strikes aren’t just to demand more for workers’ labor—they serve an incredibly valuable political education, too. Labor organizing is the only way we can take back power from the corporations that control way too much of our economy and our political system.”

A prolific writer on politics and culture, Jeet Heer is the author of In Love with Art: Francoise Mouly’s Adventures in Comics with Art Spiegelman (2013) and Sweet Lechery: Reviews, Essays and Profiles (2014). A former staff writer for The New Republic, he’s written for numerous publications, including The New Yorker, The Paris Review, Virginia Quarterly Review, The American Prospect, The Guardian, and The Boston Globe. In his new role, Heer will write commentary several times a week for TheNation.com and frequent features for the print edition of the magazine. His first column for The Nation, “Why the Paper of Record Hates Cartoons,” tackles the crisis of editorial cartooning: “Newspaper editorial cartooning is well on the path to extinction, a dire end for vital art that has been inextricable from modern political protest.”

Jane McAlevey, who has contributed to The Nation for nearly a decade, is an organizer, negotiator, writer, and scholar. Fourth-generation union, and raised in an activist-union household, she is the author of Raising Expectations (and Raising Hell) (2012) and No Shortcuts, Organizing for Power in the New Gilded Age (2016). She is currently at work on two books: A Collective Bargain: Unions, Organizing and the Fight for Democracy (Ecco/HarperCollins, 2020) and Striking Back (Verso, 2021). She recently earned her PhD under the tutelage of Frances Fox Piven at CUNY. In her new capacity at The Nation, McAlevey will report on the momentum behind the labor movement, covering workers’ rights and unions, and the links between organizing, power, strategy, and strikes.

Guttenplan is available for comment from New York City. The cover story of The Nation’s inaugural issue under his editorship, “Killer Kitsch: How Gay Icon Renaud Camus Became the Ideologue of White Supremacy,” is now available online. For interview requests or further information, please see contact information above.