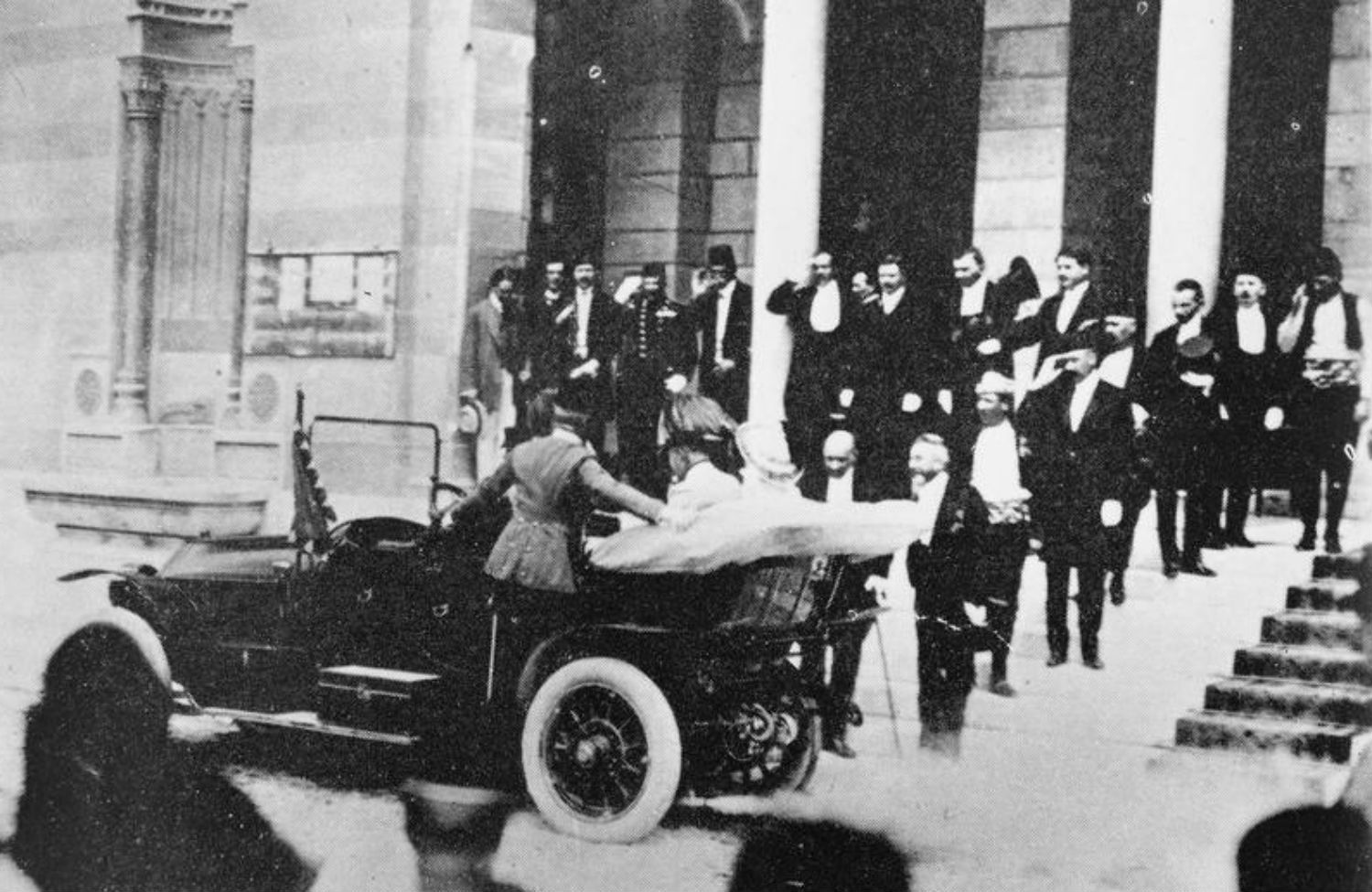 Archduke Franz Ferdinand and his wife Sophie depart from the City Hall, Sarajevo, shortly before they were assassinated by Gavrilo Princip, June 28, 1914. (Public Domain)

One century ago, at approximately 11 am local time, Austro-Hungarian Archduke Franz Ferdinand was assassinated by Serbian nationalist Gavrilo Princip in the streets of Sarajevo. Tensions in the Balkans had been high since Austria-Hungary annexed Bosnia-Herzegovina in 1908, and Nation writer Simeon Strunsky had observed earlier in June that pressure from Slav nationalists was “bound to increase.”

But having predicted the event, albeit in very vague outline, did not make The Nation any more capable of perceiving its cataclysmic consequences. In the first Nation issue to be published after the assassination, dated July 2, 1914, it took the editors until the fifteenth item in the news-summary section to even mention what had happened in Sarajevo. “The crime is considered to have been the result of a plot by a section of the Serb inhabitants of Bosnia,” they noted.

In a longer consideration a few pages later—in an editorial titled “The Austrian Tragedy”—the editor Rollo Ogden tried to tease out some broader meaning from the archduke’s death. If The Nation at all dimly perceived how the assassination might upend European politics and, within a matter of four weeks, mobilize armies of a size never before seen in the world, this would have been the place to mention it. This is how the editorial begins:

Ogden notes that an emperor in poor health might prove disadvantageous in what were sure to be unsettling days ahead: “The old Emperor will doubtless make an effort to keep the reins in his hands as long and as firmly as possible, but it is evident that Austria will have to face trials of a sort to test her strength and her international policy.”

As for the assassination, The Nation disapproved—and in terms quite familiar to us today:

Back Issues will be following this magazine’s coverage of the “Great War”—in real time, a century later.