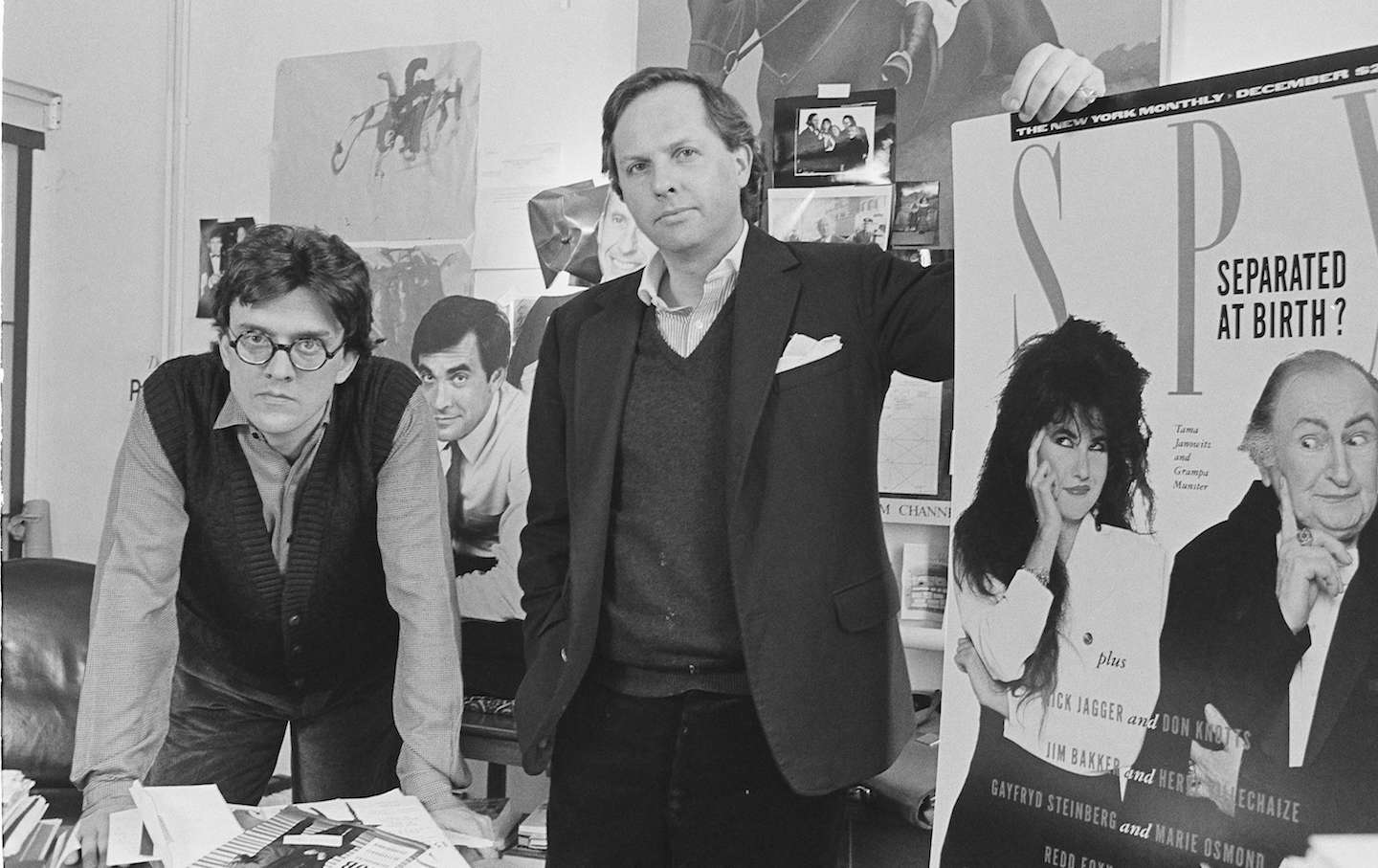 Back in 2010, there were rumors that Daily Beast editor and founder Tina Brown had all the stories the website published online each day printed out for her so she could read them. Nine years later, Brown’s Vanity Fair successor Graydon Carter has launched a weekly e-mail newsletter, Air Mail, which is like a glossy print magazine from the ’90s uploaded to the Internet, down to its profusion of rubrics in varying typefaces and its relentlessly chirpy copy. So deep is the newsletter’s nostalgia for an earlier golden age of print that you’d expect subscription cards to fall out of it.

Air Mail’s first issue landed in inboxes July 20, its branding a stately all-caps sans serif, its logo a heraldic vintage airliner midflight, and its colors a Vanity Fair–esque red against a paper stock manila background. Carter has described the publication as “the weekend edition of a nonexistent international daily,” a sort of floating style section covering subjects like château renovation, vacation destinations, and accessory recommendations, with enough foreign reporting, true crime, and literary criticism to give it heft. Its slogan is “For the world traveler,” and its header advertises “best of the news from abroad,” delivered every Saturday at 6 am.

Media has seen an explosion of newsletters lately, from Axios’s bullet-pointed briefings to Substack’s economy of personality-driven e-mails by individual writers. Air Mail, however, tells its readers that it’s not actually a newsletter. “The Saturday morning emails are simply a reminder that a new issue has been published,” it informed readers. “You can always view the latest edition by going directly to our website.” So it’s a… blog?

Each “issue” begins the same way—with a news recap, like Harper’s “Weekly Review,” but rather than ironic, it’s labored and humorless, like a late-night TV host’s opening monologue. Then there’s an introductory letter from either Carter or his co-editor, Alessandra Stanley, who is better known from her controversial years as the Times’ television critic. (Sadly, it doesn’t come with an Annie Leibovitz photo of either of them posed at a desk or in an easy chair.) The issues link out to about 30 pieces of content a piece, hosted on the Air Mail site—another break from the online newsletter format, which is usually readable wholly within an email client. The stories are mostly original, but some are syndicated from British outlets like The Times of London and The Guardian. The thought seems to be that you need to read only what Air Mail commissions or chooses to reprint.

Article teasers are interspersed with satirical gags and single-panel cartoons aimed at people who feel The New Yorker’s aren’t quite bland enough, with punchlines about doctors, strippers, and martinis. (The cartoon editor is Bob Mankoff, late of that magazine.) The stories proceed magazine-style from short, newsy items to features, profiles, and a back-of-the-book culture section with book reviews and travel coverage. One rubric, “View With a Room,” highlights extreme-luxury accommodations with photographs as stiff as a Candida Höfer.

The critic James Wolcott, a longtime Vanity Fair contributor, reviews podcasts, including vague praise of alt-right-friendly podcast The Joe Rogan Experience: “I can live vicariously through Rogan and his guests and receive intel on the latest developments in maximizing human potential,” Wolcott concludes. If you’re on the Internet, you already know what you think of Rogan; if you’re not, maybe it’s better to avoid him altogether. The critic might have a great grasp of 20th-century novels, but podcasts require a different literacy. 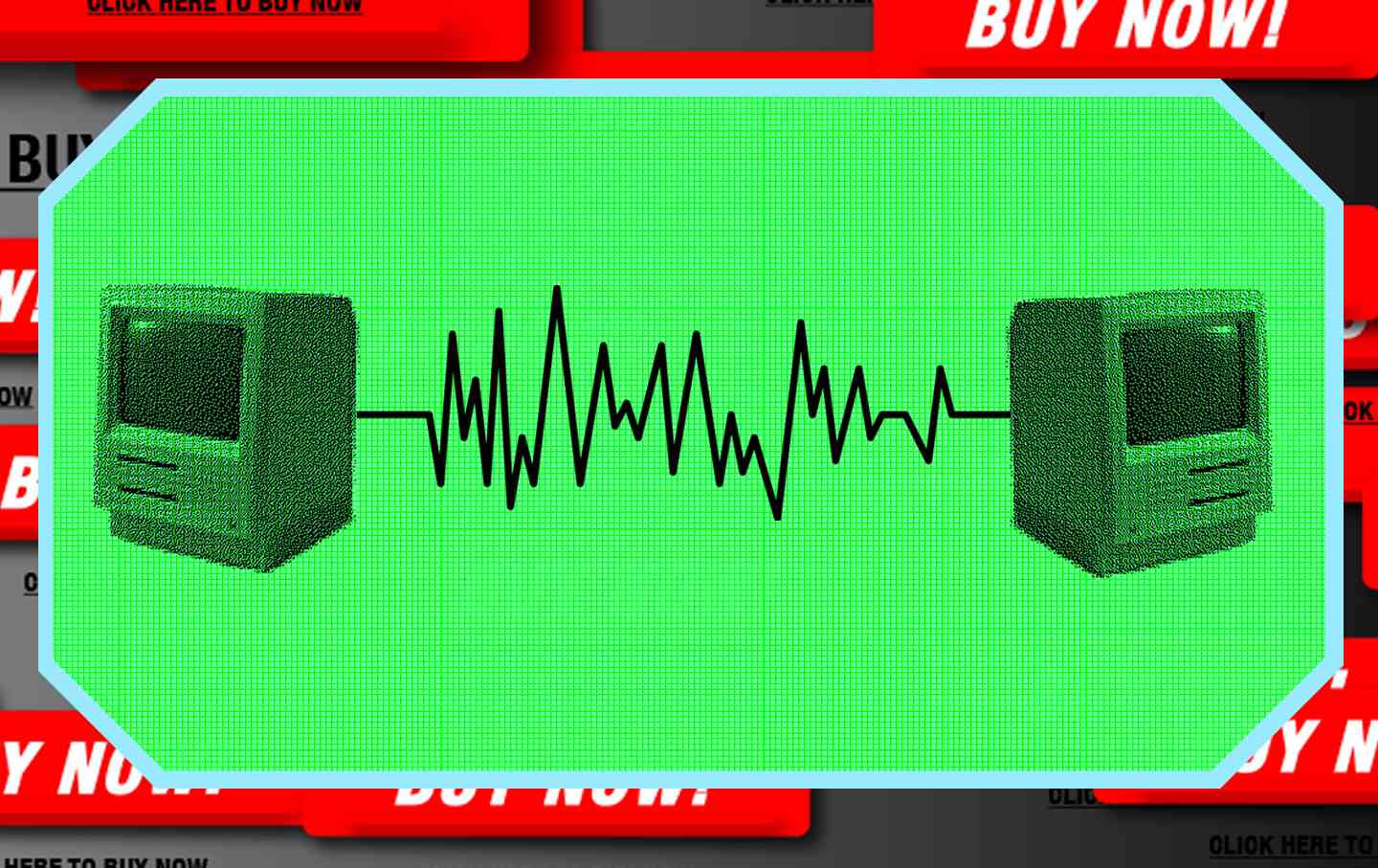 In the Shadow of the CMS

The biggest question inspired by the Air Mail newsletters is, “Who could this possibly be for?” Carter described his ideal reader to The New York Times as “a sophisticated person,” adding, “They’re not backpackers, and they’re not in Las Vegas, drinking Champagne and sitting around in their heart-shaped bathtub.” The archetype is vague, but Carter is not wrong that there’s always money in catering to the rich and boring, for whom cost and taste are often coterminous.

The sense of a target audience that one gets from Air Mail does not seem like a demographic that prefers e-mail newsletters to print products. The glossy print lifestyle magazine Monocle, established in 2007 by Tyler Brûlé, traffics in similarly upscale content, but it somehow manages to be less alienating than Air Mail, perhaps because its tone, more 2010s than ’90s, presumes that a non-millionaire or someone under 40 might actually read it. Its aspiration is balanced by more irony than Carter’s new project possesses.

Carter, Stanley, and their team also face another question: “What is the purpose of Air Mail?” Based on the last several issues, my guess is accelerating class war. Carter has said it was “designed to live in a Trump-free world,” but its tone still seems out of pace with the current political moment well beyond Trump. It gives no quarter to the thought that the wealthy aren’t taxed enough or that luxury should be redefined for the Anthropocene. (In one article, Sam Shaw compares a $70 million Ferrari to a Jeff Koons sculpture.) On the rising nationalism front, the itineraries it sketches out—Provence, Singapore, Berlin, Petra—seem possible only for those cosmopolitans with multiple passports named in the Panama Papers. Carter’s obvious Anglophilia (which he denies) won’t help as much, post-Brexit; Boris Johnson comes up only for ambivalent appraisal by the editor of The Wit and Wisdom of Boris Johnson. The shocking conclusion is that “the Establishment is alive and well.”

Even when I like something in Air Mail, I feel guilty about it the way you feel guilty flying over the melting Arctic or eating tuna. Mark Rozzo’s profile of restaurateur Keith McNally was sharp, in an inside-baseball kind of way. One of its efficient short blurbs made me want to try rhubarb wine, which is apparently “the hottest drink among French wine-and-food freaks this summer.” Lili Anolik, the biographer of Eve Babitz, wrote an extravagant 4,700-word profile of Candace Bushnell, the columnist who was the inspiration for Sex and the City and still tries to embody that now-retro glamour. Scott Murphy’s on-the-ground dispatch from the protests in Hong Kong was a reminder of the declining population of foreign correspondents, particularly for digital-only publications.

The content all feels glossy and expensive, at a level that the publication might not be able to sustain for long. But at least it’s a direct investment in editorial rather than an attempt to create a different content management system or miniature social network. The newsletter courts Manhattan and London, not Silicon Valley.

“To learn more, you should read Air Mail. Everybody does,” Stanley writes at the end of one of Air Mail’s introductory columns. Does everybody? Google and Facebook destroyed the media advertising model by automating and scaling it, and Twitter took editorial tastemaking away from editors. That destruction also meant the end of this plummy, presumptuous editorial voice that talks down at its readers. Media always wants to assert its universality—publications claim to be vital, necessary, impossible to ignore. Transparent traffic data and click-through rates make this more difficult. Maybe Stanley’s “everybody” is instead “everybody the reader knows,” basking at Hamptons summer houses and planning trips to Lake Como because they’re too skittish even for Bali. The newsletter might find that it’s hard to be so picky about your audience online.

Air Mail does get one thing right: There’s too much content on the Internet, and it remains difficult to separate high quality from low. The newsletter’s static quality, its weekly promise of comprehensiveness, is appealing despite its impossibility. We need human editors and curators more than ever so we don’t fall prey to purely algorithmic selection, and we need to pay subscription fees so independent media continues to exist. However, it’s probably more important to support your local newspaper than a new outlet providing the kind of aspirational lifestyle content that still proliferates elsewhere online.

The saddest thing about Air Mail isn’t even that it’s elitist. It’s that it hasn’t made much of an effort to take on the 21st century, when Silicon Valley presents an extravagant selection of nouveau riche targets and the Internet lacks anything with the gossipy bite of Gawker or the literary quirkiness of The Awl.

Before Vanity Fair, in 1986 Carter cofounded Spy magazine, which pioneered trolling Donald Trump before he was president and still stands as a nostalgic reminder of journalism’s ability to afflict the comfortable, as they say. Carter’s latest project instead optimizes for comfort. It should have more bite.