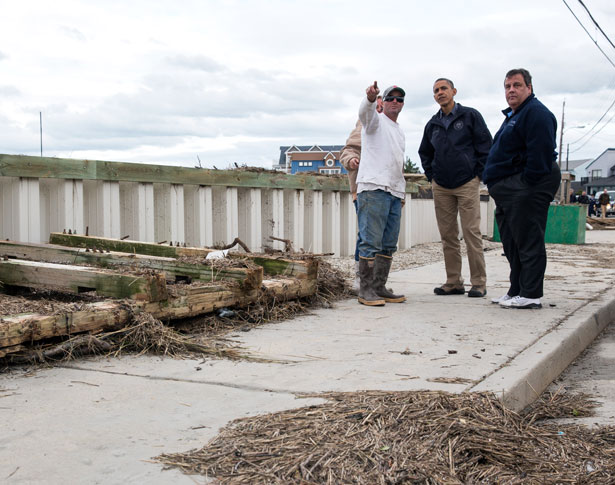 Despite the fact that Governor Christie is using the recently released report by his lawyer Randy Mastro to claim that he’s been cleared of all wrongdoing, the two real investigations—one by the joint committee of the state legislature and the other by the US attorney’s office, under Paul Fishman—continue. What’s new is that one key witness who recently appeared before the grand jury convened by the US attorney was Michael Drewniak, the governor’s spokesman, and that another key witness, the lawyer for Hoboken’s mayor, Dawn Zimmer, has been cleared to answer the US attorney’s questions, as well.

Federal investigators are hauling witnesses in to testify before the grand jury on what they know about Bridgegate, the lane-closure scandal on the George Washington Bridge, and on Hoboken, in regard to Zimmer’s charge that she was being blackmailed by the lieutenant governor to go along with a development project in her North Jersey city in order to keep post-Sandy recovery aid flowing.

It’s ironic that Drewniak is the first of the governor’s top aides to be seen visiting the federal building in Newark to meet with the grand jury. For twelve years, including all seven of Chris Christie’s tenure as US attorney in New Jersey, Drewniak was spokesman for the US attorney’s office, and he bonded with Christie. When Christie was elected governor in 2009, he brought Drewniak to the statehouse in Trenton with him, so Drewniak is quite familiar with the inner workings of a federal investigation.

Fishman’s grand jury has issued subpoenas at least since January, asking for documents related to the case, and FBI agents have spoken to various people. But until now there were no sightings or reports of actual testimony. However, ABC News reported late Friday that Drewniak appeared before the grand jury on Friday. Apparently, his appearance was uncovered by accident. Reporters from ABC happened to see him walking into the courthouse, and managed to interview his lawyer, Anthony Iacullo, a specialist in criminal law, who said Drewniak was a witness, not a target, of the investigation. In any case, it isn’t known if he is the first person to testify. But he probably won’t be the last.

Drewniak’s testimony comes a week after the Mastro report [see pages 8 and 89] revealed this nugget: David Wildstein, one of the two senior Christie appointees at the Port Authority and the man who orchestrated the lane closures on the bridge, told Drewniak at a dinner in December that he had discussed the bridge issue with Governor Christie while the lanes were actually still closed. He said he told Christie about traffic issues during the memorial events at the World Trade Center site on September 11, 2013.

Worse for Christie, the Mastro report also said that the day after Wildstein told Drewniak that he, Wildstein, had mentioned the issue to Christie, Drewniak went into then–Chief of Staff Kevin O’Dowd’s office to discuss it, and they were soon joined by Christie. Drewniak told Christie what Wildstein had said, according to the report, but Christie said he didn’t recall any such comment, a position he also repeated in television interviews when Mastro’s report came out.

Other documents that have been released earlier by the state legislative committee investigating the issue show that Drewniak was the person relied upon by Christie’s key Port Authority appointees for advice on handling media calls on the closures just days after they occurred.

Grand juries issue subpoenas for documents and witnesses in order to advise a prosecutor on whether or not there is probable cause to believe a crime has been committed and a trial is warranted. A grand jury investigation can last up to twenty-four months.

At the same time, it appears that federal prosecutors will have a new witness to interview in the case involving charges by Mayor Zimmer that top Christie administration officials threatened to withhold aid needed to recover from Hurricane Sandy unless the city okayed a key development project allied to then–Port Authority chairman David Samson.

Zimmer says she spoke to Hoboken’s attorney, Joseph Maraziti, about the alleged threats, but he has not talked with investigators because of attorney-client privilege issues. Last week, however, the Hoboken city council voted to lift the attorney-client privilege restrictions, allowing Maraziti to discuss his private conversations with Zimmer with both federal and state legislative investigators, according to a Reuters report. Maraziti had received a subpoena for documents in the case, which he can now respond to, and can testify as well.

The Mastro report disparaged Zimmer’s charges, but it contained a number of interesting documents on the matter, including a letter that Zimmer sent to Christie on April 23, 2013, after she met with him about Sandy aid (see Exhibit 69 in the Mastro report). In it she details how Sandy devastated Hoboken and the city’s plans for preventing similar problems in the future, including water pumps along the waterfront. She then added an interesting paragraph, asking the governor not to make state aid contingent on development plans in the city:

“In the immediate term regarding funding for the pumps, Hoboken should receive unconditional support in the same manner as the rest of the State. Receiving this unconditional support is absolutely essential both as a matter of fundamental fairness and because it will not be possible to proceed with a variety of development projects that burden Hoboken’s infrastructure until the flood problem has been adequately addressed. Just as shore towns are not being asked for development in exchange for protecting them from future storms, the solution to Hoboken’s flooding challenges cannot be dependent on future development.”

It will be interesting to learn what Hoboken’s lawyer has to say about the link between development and hurricane protection aid implied by the letter. It was, course, precisely the question of whether Sandy aid would be linked to a development project in the city that is at the heart of Zimmer’s allegations about Christie and his lieutenant governor, Kim Guadagno, so it’s interesting that even before the Zimmer-Guadagno meeting at which the threats were supposedly issued, Zimmer had written to Christie saying that aid to Hoboken “cannot be dependent on future development.” Does that mean that Christie himself raised the issue when they met last April?