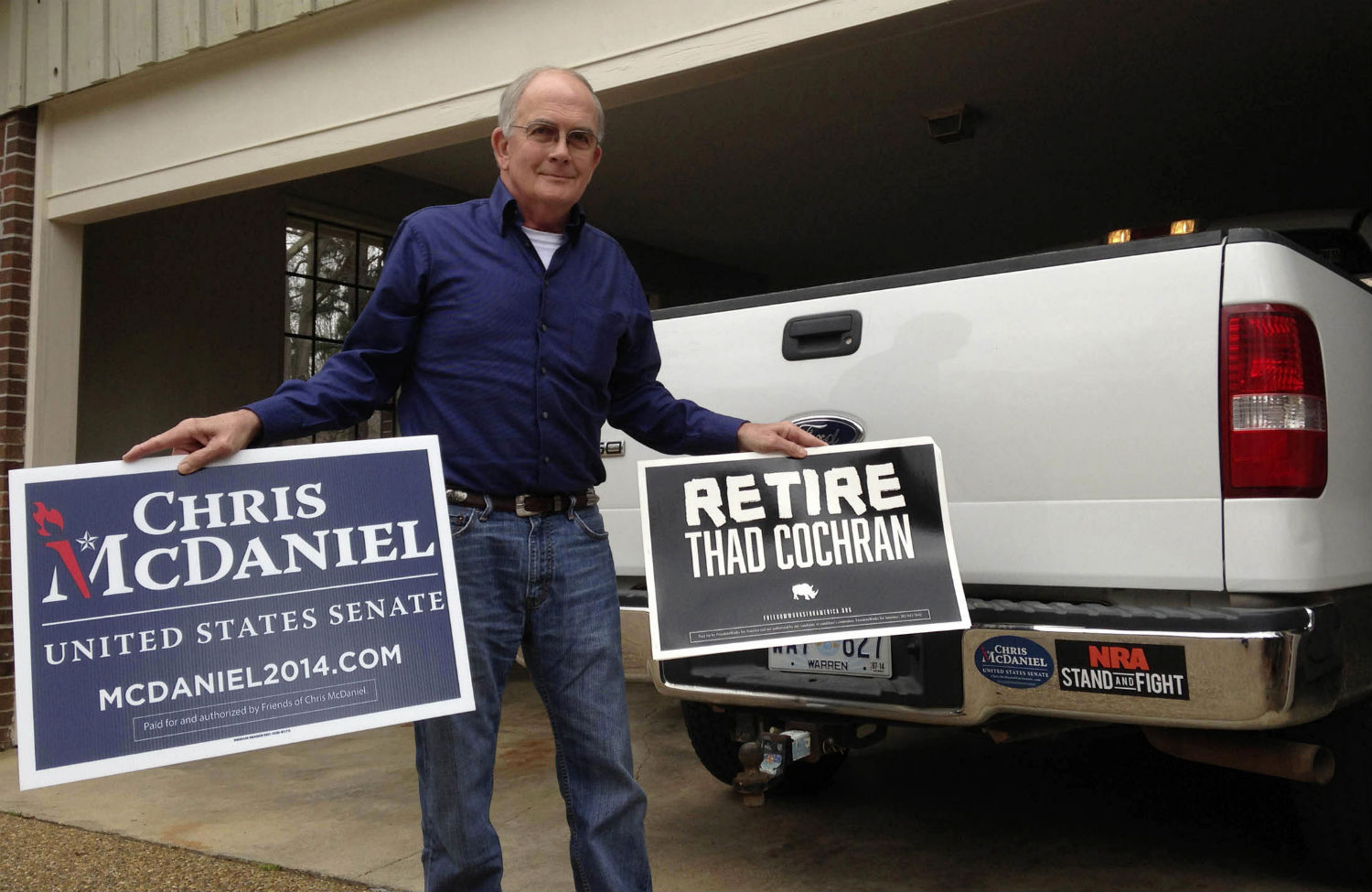 But Mississippi Republicans couldn’t quite get to a majority opinion about which conservative was conservative enough. So with virtually all the votes counted (and with a tiny percentage of the total streaming off to a little-known third candidate), the good Republicans of the Magnolia State appear to have decided to have another go at it—setting up a June 24 runoff that will require several more weeks of wrangling over what to most Americans will seem to be infinitesimal ideological “distinctions.”

That’s the thing to remember about the fabulous imagining that there is a meaningful difference between “establishment Republicans” and “Tea Party Republicans.”

Yes, there are stylistic distinctions to be noted between incumbent Senator Thad Cochran, a relatively distinguished senior senator, and state Senator Chris McDaniel, a relatively undistinguished challenger who says his campaign “had nothing to do with this sad incident” where a conservative blogger photographed the incumbent’s bedridden wife. Yes, the two Republicans now appear to be set for a high-profile runoff race that will be portrayed as a “GOP civil war” over emphasis and approach.

But that does not place them anywhere near the opposite ends of the ideological spectrum.

Cochran is identified as the “establishment” choice, which means he is favored by the US Chamber of Commerce and the CEOs and Wall Street financiers who support its campaign to elect a Senate that will rubber-stamp a wildly pro-corporate agenda.

McDaniel is identified as the “anti-establishment” Tea Party insurgent, which means that he is favored by the Club for Growth and the CEOs and Wall Street financiers interests who support its campaign to elect a Senate that will rubber-stamp a wildly pro-corporate agenda.

Some very wealthy people take these distinctions very seriously. They have money to burn, and they are burning it up this year on political purity tests that pit those who like their economic and social conservatism straight against those who want it with a twist of Ted Cruz.

This has already made for an expensive race in Mississippi. Roughly $8 million in outside spending has been lavished on the state’s television stations—in addition to big spending from the Club for Growth, Citizens United and the Tea Party Patriots for McDaniel and big spending from the Chamber and the National Association of Realtors for Cochran. The race has seen $1.1 million spent by “Senate Conservatives Action” for McDaniel and $1.7 million spent by the “Mississippi Conservatives” super PAC for Cochran.

McDaniel is a conservative.

And so is Cochran.

Despite the theater-of-the-absurd campaign, it is even more absurd to suggest that Cochran is a liberal with a Southern accent. Mississippi is not in the habit of populating the Senate with progressives. The incumbent’s latest US Chamber of Commerce rating is 100 percent, while his National Education Association ranking is zero. Cochran’s latest ACLU rating is zero, while the American Security Council Foundation has got him at 100 percent. Cochran gets 100 percent from the National Rifle Association and he’s at zero with the American Association of University Women. His latest rating from the National Right-to-Life Committee is 100 percent, while NARAL Pro-Choice America has him at zero—as does the latest assessment from the Planned Parenthood Action Fund.

It is true that Cochran has, on rare occasions been a reasonable player. But those are pretty much the same rare occasions when Senate minority leader Mitch McConnell, another Tea Party target this year, has chosen not to follow Cruz off whatever deep end the Texan might be approaching. Usually, what passes for reasonableness is a vote to take care of some pressing home-state business—such as, in Cochran’s case, specific support for disaster assistance after hurricanes hit the Mississippi coast and general enthusiasm for military spending that keeps Mississippians employed.

That may make Cochran insufficiently “pure” for the purists.

But it is not a distinction that the vast majority of Americans need bother with, unless, of course, they really do imagine that Thad Cochran and Mitch McConnell are liberals.