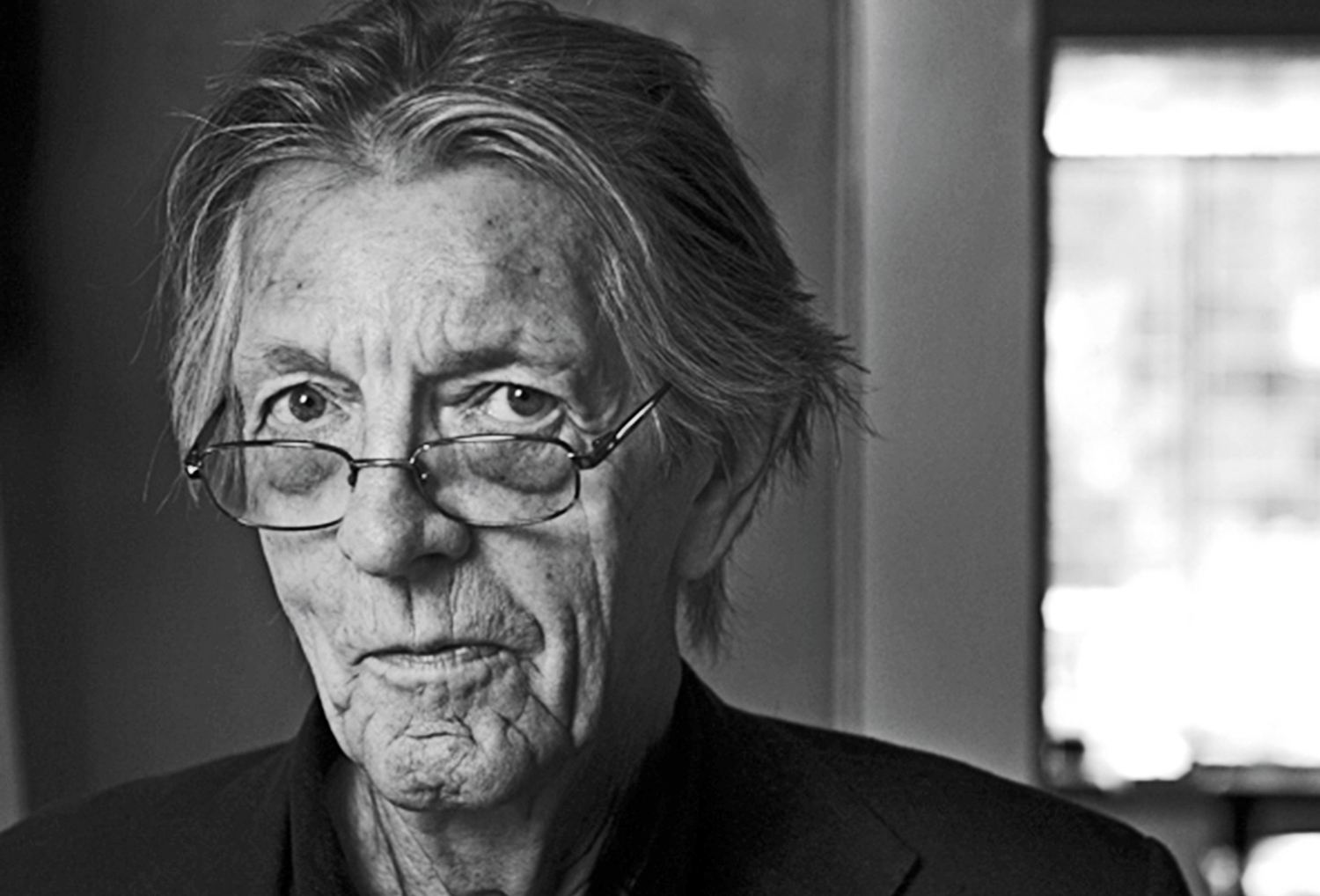 Kjell Askildsen writes what might reasonably be called ghost stories in which there are no ghosts. His prose, uniformly muted and bare, seems haunted by absence. His characters are inscrutable. His landscapes are stage sets in which houses and lawns exist alone in an empty world; beyond them may be a “fjord” or a “beach,” but these are nouns rather than places. When the characters venture beyond their own property, they rarely encounter other people. Often they go to “the restaurant at the railway station.” They smoke. They drink. Nowhere are they at home.

Selected Stories
By Kjell Askildsen.
Translated from the Norwegian by Seán Kinsella.
Buy this book

Askildsen, who is 84, is a major figure in contemporary Norwegian literature, but Selected Stories, superlatively translated by Seán Kinsella, is only the second collection of his work available in English. It includes stories from four previous collections, but it has the coherence of a single work. Though unknown to American readers for so long, Askildsen will be immediately recognizable. There are echoes here of Albert Camus, Peter Handke, James Cain and the inescapable Knut Hamsun, but most of all of Hemingway—poor, doomed, grandstanding Hemingway, who is so much the victim of his own myth, so hard to make out in his crowd of imitators, so compromised by the bad work he produced later in his career that it’s easy to forget the enormous achievement of his early stories. That achievement is partly a matter of style, as everyone knows—his “economy”—but more significantly it’s the effect achieved by that style. Something is missing, and in the early stories (though not in a later story like “Hills Like White Elephants,” in which it’s possible to guess what’s been left out), it’s the feeling of something missing, a kind of existential dread, that is the real content. This is the quality that Askildsen shares, whether he has read Hemingway or not. In Askildsen’s writing, there is something missing from the experience of life itself, and we are never going to know what it is. It doesn’t exist. It isn’t an “it” at all.

“Martin Hansen’s Outing,” which begins the collection, functions as a kind of overture and immediately situates Askildsen within this tradition. In the first moments, the title character is returning to the house after tying up raspberry canes. “I got to the steps, sat down on the second-to-last one, and thought: there’s no one at home anyway.” That suggestive “anyway,” so uneasy and so inexplicable, sets the tone for the entire collection. “A moment later I heard voices from the living room, and before I managed to get to my feet, my daughter, Mona, said: What are you doing sitting here? I stood up and said: I didn’t think there was anyone at home.” It shouldn’t matter that he’s sitting down, but it does matter, and Askildsen will never explain why. Already, after one paragraph, there is the feeling that something grievously important has passed unsaid.

For me, reading these stories is like visiting a relative whose outlandish habits come to seem more and more reasonable as one’s memory of the world outside grows foggy. Why not eat corn flakes with half-and-half and a whole cup of sugar, as my wife’s great-uncle does every morning? Martin Hansen, for instance, now proceeds to do a number of unsavory things. He watches his daughter’s friend through binoculars from his bedroom window. When his wife returns a short time later, he’s sitting downstairs drinking coffee and brandy, but, he says, “I got up so that she wouldn’t see me sitting idly. I took an encyclopedia from the bookshelf and opened it at a random page.” He tells her that his brother has called and needs to see him, and then he leaves in order to make his lie plausible. All of this passes easily, unremarkably, in matter-of-fact language, so that one feels oneself nodding along. Is this not a reasonable way to act? And it takes a moment of particular strangeness—strangeness that seems out of step with the ambient strangeness—to snap the whole thing back into focus. Later, Martin is drinking beer in a hotel, trying to think of things his brother “would have wanted to talk to me about,” and there is this haunting line: “I thought: all you have to do is just let everything take its course, just refrain from trying to bring things to a halt.”

Askildsen gives no explanation for Martin’s uneasiness, and while it’s possible to speculate—what about the mysterious and somehow menacing figure of his brother?—it is impossible to say for sure. A story is only what it is; there is nothing more of it than what appears on the page. If the problem is unspoken, then it is also, at least in a sense, unspeakable.

Thus the collection proceeds, and the details of “Martin Hansen’s Outing” are reconstituted again and again, and each subsequent protagonist—always a man—speaks the same lies and contends with the same kinds of marital and sexual tensions. None of these men want to be seen, none of them want to be known, and little of moment ever happens. These are stories about perception and self-perception, but also about “the gap between a risqué thought and a concrete act,” as the narrator of “Elisabeth” puts it. In general, this is a gap that can’t be crossed.

“Elisabeth” is about a man who meets his sister-in-law for the first time and thinks, maybe, although maybe not, of raping her. In fact, he thinks about “how easy it would be to lift her up,” a tame impulse that seems detestable only in the context of his attraction and his unseemly enjoyment, some time earlier, of a “rape-like” scene in a novel. In “The Unseen,” Bernhard L. certainly does fantasize about rape, but he is no closer to crossing the gap. There is a whiff of criminality here but what is the crime? Is the gap between a criminal thought and a criminal action more a procedural problem than a moral dilemma? Are criminal desires ubiquitous, so that it’s only the capacity for action that distinguishes a real criminal? Bernhard tells his sister, “I can’t help the way that I am. If I were to kill a person, for instance, I couldn’t help it, but I’m not about to kill anyone, that’s not how I am.” Cold comfort indeed, but he’s right: he’s not about to kill anyone. So what kind of person is he?

Bernhard is staying with his sister on the occasion of their father’s funeral. His relationship with his father was not good (naturally), and he seems to have some less-than-permissible feelings about his sister (also naturally, in these stories). But the most interesting thing is that his brief glimpse of his sister’s diary gives the reader a hint of how these Askildsen men strike the other people in their world. The diary reads: “Camilla says there’s almost something creepy about him, e.g. the way he laughs, but Oskar says he thinks he seems like a completely ordinary person. He probably wants to console me.” Equivocation once again, coupled with the uncertainty of the antecedent—is it Bernhard or Oskar who wants to console her, and for what?—but at least we know that Bernhard’s strangeness is something to be wondered at. And we know that there is something indefinite about him. That is indeed the central characteristic of all the men in these stories: what they do and what they think and what they tell other people does not add up to a whole person. Once again, something vital has been left out. “They don’t see me,” Bernhard thinks, “there’s no one who sees me.”

In “A Lovely Spot,” a husband and wife visit their summer home. The wife stews in her anxiety, watching the headland for strange figures, hearing screams in the noises of animals, obsessing over the flag and the flagpole, and placing a stone on the gate so she can tell if anyone opens it. This might easily be a story about a husband exasperated by his wife’s worries, but it isn’t; he later puts a stone on the gate himself. His exasperation is essentially a fear that he will become infected by the same anxiety.

Sometimes the details of the plot are elided entirely and the action seems to occur at some remove. “The Grasshopper” begins: “Maria made a remark about him in front of the others, which he found inappropriate and that peeved him.” The content of that remark is never revealed; nor is it important. The same thing happens frequently in “The Unseen”: “Camilla turned to [Bernhard] and said something. He replied.” Here again, the content doesn’t matter. The intricacies of these marital and familial tensions are irrelevant. The narrator sits alone in the company of his intimates and doesn’t listen to a word they say. Again and again, he thinks to himself, “If only she knew.”

It’s better to think of it this way: the wife in these stories is a figure for society writ large. She knows everything and observes everything; everything must be concealed from her, and to her one is always accountable. She is the manifestation of a paranoiac nightmare. Likewise the many sisters—figures of unacceptable desire. And the brothers-in-law, sisters-in-law, mothers, absent fathers: they are not people but People, the whole world, the furniture of allegory.

All that these men want, their greatest desire, is to be unseen. Bernhard feels “almost unseen. Almost free” when darkness falls. The narrator of “The Dogs of Thessaloniki” sits at the edge of the woods, watching his wife watch him from the veranda, and thinks, “She couldn’t possibly see me.” When she asks later why he didn’t respond when she called his name, he says, “It wasn’t really necessary to answer when I didn’t think you’d seen me.” The narrator of “My Sister’s Face” sees a silhouette against his own door and hurries past, thinking that this person doesn’t “want to be seen” and that “you should avoid drawing attention to someone who wants to stay hidden.” Over and over, in story after story, these men are forced to hide, and instead can’t, and ghost around looking for an ashtray.

There is a truth here, one that Jean-Paul Sartre proposed in No Exit: “Hell is other people.” It is not the whole truth of human life, but it is a truth nonetheless: the pressures of social interaction can deform the personality, producing a kind of wild distortion or perversion when, in solitude, all might be well. Many of us are capable of dealing with these pressures, and we can engage in conversations and contract happy marriages and live happy lives, but there is something of the misanthrope in all of us—and, of course, there are those who are all misanthrope. Thus the terrible pathos in Bernhard’s admission that “I can’t help the way that I am.” What hope is there for anyone in similar circumstances, especially when “the way that I am” makes him repulsive to other people?