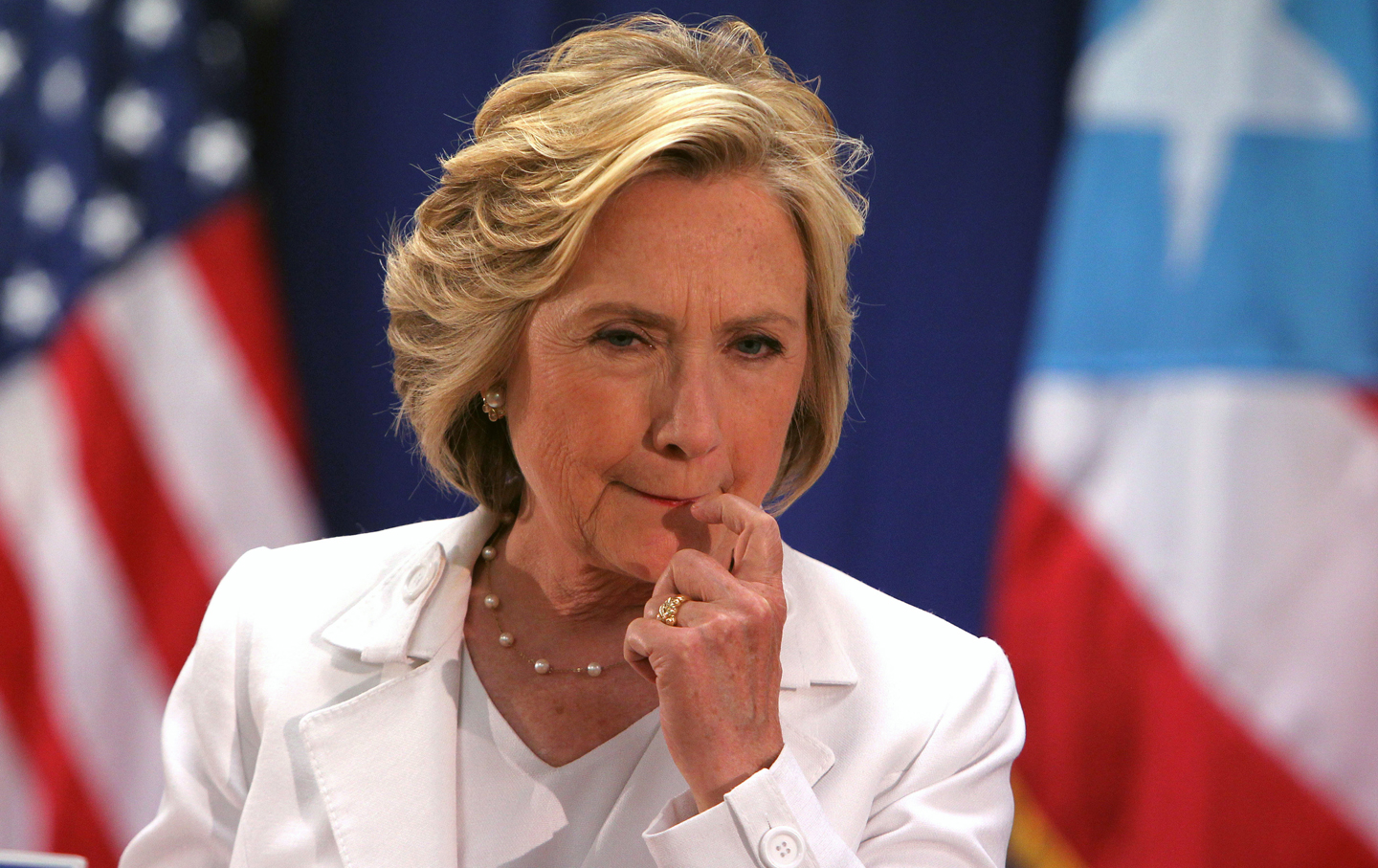 Many gay men of a certain age—let’s say in their late 30s and up—love Hillary Clinton. I have no evidence to prove this, but just trust me that it is true. I don’t mean that they think Hillary would make a good president, or prefer her to Bernie Sanders, or think she has the best chance of beating Donald Trump in November. I mean they love her—excessively, exuberantly, irrationally—in the way that they might love Barbra Streisand, Cher, or Donna Summer. Given that she gives speeches in pastel pantsuits and not concerts in spangled Bob Mackie gowns, this is a somewhat improbable attachment.

I think the root of this adoration lies in her earned status as a survivor. In a remarkably long and tumultuous public life, Hillary Clinton has been denigrated, lied about, mansplained to, and grossly caricatured. She was publicly betrayed by her husband in a humiliating fashion, and her greatest ambition was thwarted in a protracted and ugly primary battle. Throughout it all, she has endured—and come November, she could quite possibly triumph. She grew strong, and she learned how to get along. For better or worse, I think gay men of my generation and older see in Hillary a kindred spirit—one tough woman who has taken more than her fair share of knocks and come out fiercer for it. We see her pain, and her resilience, and we identify with it. The question after today is—does she see ours?

In an interview with MSNBC at Nancy Reagan’s funeral, Clinton praised both Ronald Reagan and his wife for their work on AIDS. “It may be hard for your viewers to remember how difficult it was for people to talk about HIV/AIDS back in the 1980s,” Clinton said, but “because of both president and Mrs. Reagan, in particular Mrs. Reagan, we started a national conversation when before nobody would talk about it, nobody wanted to do anything about it, and that, too, is something that I really appreciate.”

This is a bizarre and historically inaccurate statement, to say the least. It’s the equivalent of lauding George Wallace for starting a national conversation on segregation. Reagan gave his first speech devoted to AIDS in 1987, years after the epidemic first struck. In that speech, he emphasized HIV testing before issuing marriage licenses, for which exactly zero gay men could apply. By the end of that year, over 40,000 Americans, mostly gay men and IV drug users, had died of AIDS. Many, many thousands more died later, deaths that could have been prevented had the Reagan administration simply followed the advice of the medical establishment and thrown more resources into prevention and treatment. In a nutshell, the Reagan administration chose to ignore AIDS, until it couldn’t, at which point its strategy was to protect straight America from the disease while throwing vulnerable populations to the wolves.

During this period, Hillary Clinton was an adult person—10 years plus out of Yale Law School and the first lady of Arkansas. Since then, she has spent 30 years in public service, helping run a foundation that is significantly devoted to addressing HIV/AIDS and serving as Secretary of State during the peak of the global AIDS epidemic. Given this record, her statement today is baffling, infuriating, and hurtful.

Clinton has since apologized for her remarks, saying that she misspoke. The swiftness of her apology is appreciated, and to be clear, I don’t think her statement today was calculated to pander to the right. I also don’t think it signals some grand reversal of her position on gay rights or HIV/AIDS. Like most Democrats, including President Obama, Clinton was lousy on gay rights until very recently (notable exception: Bernie Sanders), and there’s every reason to expect she’d support pro-gay legislation like ENDA. Likewise, the Clinton Foundation has been a key player in reducing prices for AIDS drugs, even if Clinton has been less than great on ending the patents that keep next generation drugs from reaching those in need, and even if her husband’s administration was inept about confronting AIDS.

That said, her statement today revealed a disturbing lack of empathy to and awareness about HIV positive people and the gay community. And her apology, which doesn’t acknowledge the righteous pain caused by her remarks, indicates a social distance that gay men might want to take a closer look at. My hope is that she issues a new statement, one that really understands the gay community’s struggle with HIV/AIDS, the callousness of the Reagan administration, and pledges to do much, much, much better.

Update: Hillary Clinton has since released a second statement apologizing for her remarks, crediting ACT UP and other activists for starting a conversation on AIDS, and pledging to keep fighting the epidemic. I wish she’d said more about ending patents on AIDS drugs, but it’s a pretty great statement.