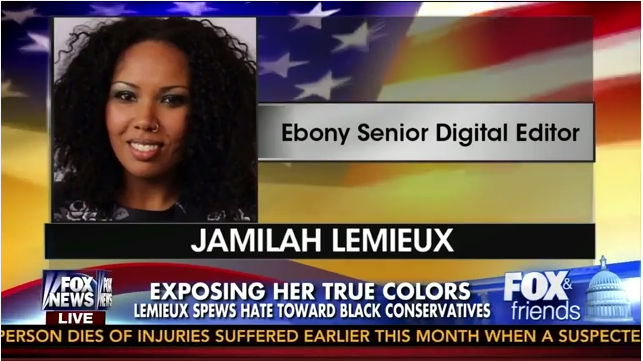 This is the first of a series of blog posts I’ll be contributing weekly to TheNation.com. I'll be offering a mix of analysis and original reporting on gender, race and sexual health, and how those issues intersect and overlap. I’m especially interested in how activists and advocates organize their constituencies and advance their goals; their voices will likely show up in this space quite a bit. Thanks for reading. Tips and ideas for coverage are welcome.

Last month, Fox News continued its longstanding practice of attacking progressive black leaders who dare to acknowledge the persistent role of racial discrimination in American life. In addition to the expected jabs at elected officials—for example, Bill O’Reilly referring to Representative Barbara Lee as a “race hustler”—the network took as its targets two women who are neither Beltway types nor policy architects. In March, Fox producers tried a new tactic: Discredit black women intellectuals whose work sparks new conversations about race, gender and sexuality, and try to convince their employers that they’re a liability.

Fox News’ role in the conservative echo chamber has long been to legitimize and mainstream marginal squabbles and gotcha journalism that surface in the far corners of the right-wing blogosphere or are captured by activist-videographers. We've seen it time and again, from the take down of USDA official Shirley Sherrod, to the ACORN sting, to the network's obsession with the New Black Panther Party.

Last week, a faux scandal bubbled up to Fox News from Twitter. In response to news that black conservatives Ben Carson and Armstrong Williams will collaborate on a magazine, EBONY.com senior editor Jamilah Lemieux poked fun at the venture on her personal account, tweeting that she "had drinking games in mind already." Raffi Williams, RNC deputy press secretary and son of Fox News contributor Juan Williams, got involved, tweeting to her that he "hoped you would encourage diversity of thought." She mistook him for white, replying: "Oh great, here comes a White dude telling me how to do this Black thing. Pass." That exchange landed Williams on Fox & Friends. Lemieux had already apologized for the mistake, but on the segment, she was painted as unhinged, and as if the lack of interest she'd expressed in learning more about the magazine made her personally to blame for black Americans' skepticism about the Republican Party. The chyron that ran beneath images of the editor read, “Exposing her true colors: Lemieux spews hate toward black conservatives.” (Full disclosure: Lemieux has been my editor on two pieces for EBONY.com.)

The segment’s most confusing moment came when Williams implied that Lemieux was somehow trampling on his First Amendment rights. He tells the Fox & Friends host, “I’m trying to promote diversity of thought, diversity of opinions, I think that’s what made America great… America’s built for debate. It’s the First Amendment, I think.”

Except that it’s not. The First Amendment prohibits the government from suppressing an individual’s speech. It’s true that at one point Lemieux tweeted to Williams, “I care about nothing you have to say.” But with this she was opting out of the conversation, not pushing for a law that would prevent Williams from expressing conservative views.

Fox News’ Megyn Kelly elevated a similar but more complex case earlier in March. This time, at issue was a videotaped interaction between UC Santa Barbara professor Mireille Miller-Young and Survivors of the Abortion Holocaust, anti-choice activists who staged a protest on that campus. According to accounts, Miller-Young took a poster showing images of an aborted fetus from one of the protestors and carried it away to her office, at one point obstructing the protestors as they tried to follow her onto the elevator. She faces misdemeanor charges of theft, battery and vandalism as a result. In addition to the legal troubles, Miller-Young has been pilloried in the media. A Los Angeles Times writer called her actions “hotheaded” and “foolish” and a writer at Salon rolled her eyes in similar annoyance over the professor taking the bait.

In both cases, employers have released statements in response to the incidents. RNC chair Reince Preibus asked EBONY for an apology for Lemieux's tweets, and the media outlet promptly delivered—a move Lemieux said she understands and accepts as an "inconvenient truth" of the digital media landscape in a long piece she posted yesterday at EBONY.com. The response from a UCSB official has itself become part of the Miller-Young story. While that letter to students clearly defends the freedom of expression on campus, the National Review characterized it as a “smear” on the anti-choice protestors.

As the dust settles on both incidents, it’s worth watching for further response from the institutions that give a platform to Miller-Young's and Lemieux’s work. Their ideas shouldn't struggle to find a home just because Fox News tried to discredit them.