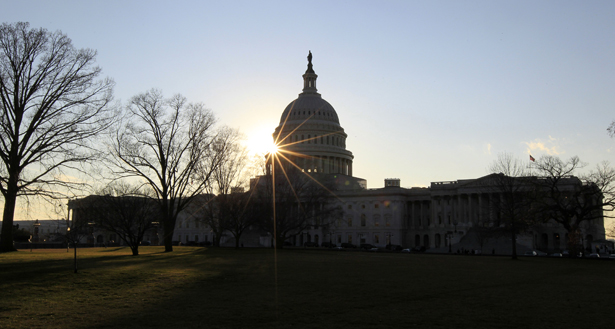 This article was originally published in the student-run Yale Daily News.

Under a bill introduced in Congress Thursday, colleges and universities would be required by the federal government to enact anti-harassment policies for the first time.

The bill—named for Tyler Clementi, a Rutgers freshman who committed suicide in 2010 after being harassed by another student—would require policies prohibiting harassment at any institution receiving federal student aid funding. Because nearly all colleges and universities in the United States—including Yale—receive some level of federal student aid funding, the mandate would effectively be universal. Although the University is among those that already have harassment policies in place, the bill would nevertheless seek to strengthen federal support for and control over such policies.

The bill would prohibit harassment by other students, faculty or staff on the basis of race, color, national origin, sex, disability, sexual orientation, gender identity or religion. Included in the bill is a recognition of and prohibition on cyberbullying. If passed, colleges and universities would also be required to distribute their anti-harassment policies to students and employees.

“No student or employee should have to live in fear of being who they are. Our schools should not be, and cannot be a place of discrimination, harassment, bullying, intimidation or violence,” said Wisconsin Senator Tammy Baldwin, who introduced the bill, in a statement. “This legislation is an important step forward in not only preventing and addressing harassment on campus, but also making sure our students have the freedom to succeed in safe and healthy communities of learning and achievement.”

Though Yale has not publicly taken a stance on the bill, University spokesman Tom Conroy said Yale is firmly opposed to harassment and discrimination of any kind.

Baldwin cited a 2004 study by Rowan University in which 27.5 percent of college students indicated they had seen students bullied by other students. Lesbian, gay, bisexual and transgender students are twice as likely to experience harassment, according to the study.

If passed, the bill would also create a competitive grant program, run by the US Department of Education, through which institutions can apply to create, expand or improve anti-harassment initiatives.

“The reason why it’s important to have this legislation explicitly is because it holds institutions accountable to creating a hostile environment rather than just the perpetrator of the harassment,” said Hope Brinn, a co-founder of college preparation resource The Collegiate Blog, and an activist against sexual violence at Swarthmore College.

Students at Yale indicated that though the bill may not have immediate ramifications for Yale specifically, it demonstrates the government’s increased attention to the problem of harassment.

“I personally think this is a great step forward in the right direction by the US government,” said Winnie Wang ’15. “This bill reminds us that harassment is a form of sexual and gender-based violence, is greater than ‘just a women’s problem,’ and that we should have zero tolerance for such behavior on college campuses across America.”

Lindsay Falkenberg ’15, who is involved in the Undergraduate Title IX Advisory Board, said she is generally glad to see the bill focus on harassment through technology. Though cyberbullying may be more relevant to younger generations, college-aged adults are still not entirely safe from technology-based harassment, she said.

But Falkenberg is also wary of an approach to minimizing sexual misconduct exclusively through policy. She pointed to work that could be done on the “micro level,” such as changing campus climate through discussions and awareness events.

The bill currently has thirty-two co-sponsors in the House and seven in the Senate, among them Connecticut Senator Richard Blumenthal LAW ’73. All of the co-sponsors in both chambers are Democrats.

A number of civil rights, legal and education organizations have thrown their support behind the bill, including the Human Rights Campaign, the National Women’s Law Center and the American Association for University Women. Nevertheless, the bill has a slew of hurdles to jump over before landing on President Barack Obama’s desk.

When an earlier version was introduced by Senator Frank Lautenberg in 2011, the Foundation for Individual Rights in Education (FIRE) took a strong stance against it, claiming that existing laws already protected students against on-campus harassment. FIRE added that “young adults don’t need special laws that treat them like children.”

Brinn countered FIRE’s claim that existing laws are enough. Because homophobic harassment can be construed as harassment based on gender presentation, Brinn said, it can fall under Title IX. However, she added that it is still important for institutions of higher education to explicitly state that homophobic harassment is not tolerated on their campuses. Introduced in February 2013, the House version of the bill has remained in committee for over a year. It remains to be seen whether the introduction of the Senate bill will lead to movement in the House.

The House version of the bill was introduced on the same day that Rutgers announced the creation of a Tyler Clementi Center, which aims to support teaching and research that address challenges students face when transitioning to college.