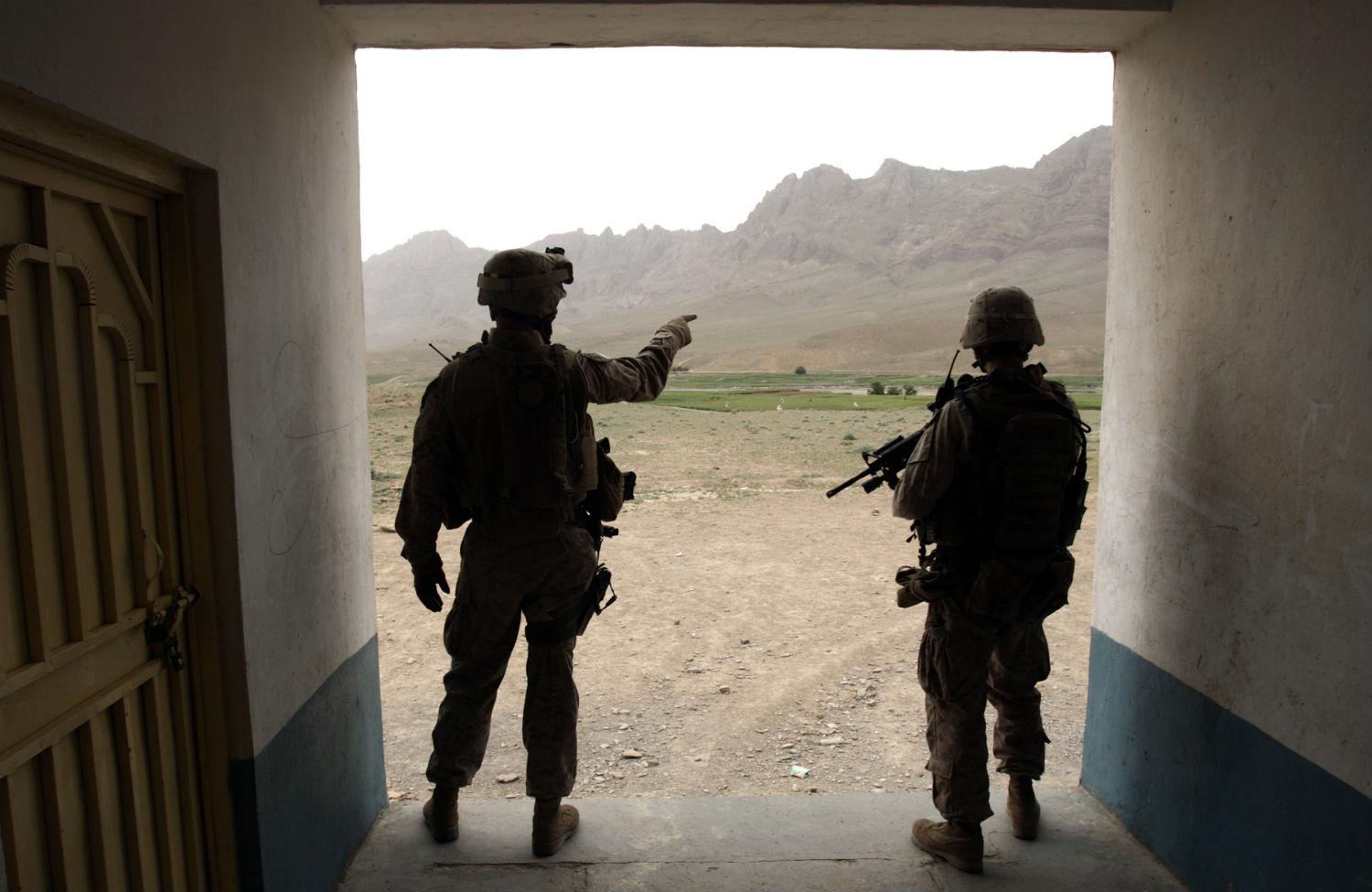 As I peered at Jennifer Laude’s serene face in the open casket, I saw the wound on her forehead that was barely concealed by the mortician’s makeup. I did not see the bruises on her neck and shoulders, but I was told they were severe. “They seemed to have been inflicted by a martial arts move,” said a mourner familiar with the autopsy. “That may have been one of the causes of death, along with drowning.”

A few days earlier, on October 11, Jennifer, a transgender woman, was found dead in a hotel room, her face immersed in a toilet bowl. The murder took place in Olongapo, a city adjoining the former US naval base at Subic Bay. Private First Class Joseph Scott Pemberton of the US Marine Corps was identified as Jennifer’s companion entering the motel room and then leaving the crime scene after about fifteen to twenty minutes.

The case has become a cause célèbre. It is destabilizing US-Philippine relations and highlighting the difficulties of the Obama administration’s push to root out the entrenched anti-gay culture of the US military.

Jennifer’s violent end, with no guns or knives involved, might be linked to Pemberton’s martial arts training, say some who have closely followed the case. Pemberton, it turns out, is scarcely out of the Marines’ famous (or infamous) boot camp, where martial arts skills are drilled into recruits. As a letter from one recruit (reproduced in Hamilton Nolan’s blog linked to the Huffington Post) notes:

We learn a ton of martial arts, which is technically called MCMAP–Marine Corps Martial Arts Program–but I call it Karate and ninja training, which my DI’s [drill instructors] don’t like one bit. It started with boring punches and kicks, tiger shulman tae kwon do style, but now we’re learning throws, counters, elbows, stomps, bayonet attacks, bayonet defenses, etc. all of which we do at full speed and intensity on each other. (sometimes w pads but often not). If the DI’s think we’re going easy on each other, they flip a shit.

The MCMAP shit is incorporated into our PT workouts, one of the best workouts we did was the martial arts conditioning course: 2 min of jab straight hook vs. a recruit w a pad throw a recruit over your shoulder, carry them back and forth btwn 2 cones 30 yards apart somersault (sp?) back and forth 30 yards apartment roundhouse kicks drag a recruit back and forth for 30 yards elbow strikes choke counters knee strikes run 1/2 mile punch blocks/throws crawl (low) in sand for 100 yards body squats run 1/4 mile.

Needless to say, the enraged marine that fate brought face to face with Jennifer Laude on the night of October 11 at the Celzon Lodge in Olongapo had been trained to be a walking weapon.

There is another thing that boot camp drills into raw recruits: homophobia, and plenty of it. With the repeal of the infamous “Don’t Ask, Don’t Tell” policy of the Pentagon, discrimination against gays and lesbians is now supposed to be banned in all US armed services, with heavy penalties for violations. But according to the same anonymous recruit’s account:

Don’t ask Don’t Tell…may have been repealed, but the USMC sure hasn’t adapted. We’re called faggots 10-50 times a day… ‘Yeah, you would think that’s a pushup, faggot,’ etc. Any time we fuck something up, the DI’s tell us ‘you stupid fucking thing. That’s more wrong than two boys fucking.’ One captain, when giving an ethics class, and talking about how one mistake can change your life/identity told the entire company ‘you can be a bridge builder your entire life, but you suck one dick and you’re a cocksucker till you die.’

With thousands of such walking weapons from the most homophobic of America’s armed services prowling Olongapo’s streets on R&R after testosterone-raising military exercises, the murder of Jennifer Laude was an event waiting to happen. The volatile mix of training in the lethal arts and aggressive homophobic socialization was likely to be among the factors that led Pemberton to cross the line from anger to murder that fateful night. And violence such as that meted out to Jennifer is likely to occur again and again, as the United States stations more and more troops in the Philippines in pursuit of Washington’s grand geopolitical design to contain China.

A Dangerous and Useless Presence

The murder of Jennifer has placed the spotlight on two security agreements that the Philippines has with the United States: the Visiting Forces Agreement (VFA) and the Enhanced Defense Cooperation Agreement (EDCA). One of the key motivations of those who opposed the agreements was to prevent the civilian population from again becoming collateral damage as victims of rape, murder and hate crimes, as many of them were before the withdrawal of the big US bases in 1992.

The rape of a Filipina named “Nicole” by another US Marine, Daniel Smith, in 2005 confirmed the anti-VFA movement’s worst fears. Now an even more brutal crime has taken place. There are people, like President Benigno Aquino III, who say that the Nicole and Jennifer cases are “isolated incidents,” that these are outweighed by the benefits allegedly brought by the presence of US troops. Such assertions are increasingly hollow, especially since Washington is not committed to defending the territories and maritime zones claimed by Manila in the West Philippine Sea (South China Sea) in the first place. The United States has stated that it won’t intervene in sovereignty disputes in the Spratly Islands.

To prevent future incidents, some have proposed tighter regulation of shore leave or more intensive instruction of US troops on the “rules of engagement” with the civilian population. But those opposed to the US military presence are not satisfied with these half measures when the troops are not needed in the first place, since they do not promote the national security of the country.

After keeping him aboard the USS Peleliu docked at Subic Bay for nearly two weeks after the murder, the United States flew Pemberton by helicopter to Fort Aguinaldo, a Philippine base near Manila, where he is presently confined in an air-conditioned van and guarded by US Marines. This anomalous situation has provoked demands for the Philippine government to take genuine and full custody of the suspect. Many are worried that the United States is not serious about turning Pemberton over, even after conviction. They cite the case of Daniel Smith. Instead of turning him over to Philippine authorities, the United States spirited Smith out of the country when the victim inexplicably “recanted” her testimony.

The Philippines’ Department of Foreign Affairs has stated that under the terms of the VFA, the United States could maintain custody of the accused until after prosecution and conviction. The secretary of justice contradicted this, saying that with Pemberton in a Philippine military facility, the government already had custody of the suspect. Meanwhile, President Aquino told the media he would not be present at Laude’s burial because “I don’t attend wakes of people I don’t know. I find it…uncomfortable in trying to condole with people who don’t know me.” All this has created the image of a hapless and insensitive government that appears hesitant to secure justice for one of its slain citizens.

As the Philippine government flounders, the Obama administration has been confronted with the reality that despite its repeal of Don’t Ask, Don’t Tell policy, the banning of discrimination against gays and lesbians may be facing rough sailing in the armed services. The brutal slaying of Jennifer and the continued homophobic socialization of recruits indicate how difficult it may be to uproot deep-seated attitudes and institutional practices. It is not surprising that a Marine is in the hot seat. The Marine Corps carried out the fiercest opposition to the repeal of Don’t Ask, Don’t Tell, with Gen. James Amos, until recently the Marine Corps commandant, claiming that the change could cost lives because of the impact on “discipline” and “unit cohesiveness.” A few months after the banning of anti-gay discrimination, Amos reversed himself, claiming the Marines had “adapted smoothly and embraced the change.” The Laude murder and the continued employment of anti-gay slurs as a psychological disciplinary tool in boot camp call this judgment into question.

On the hot and sunny day of October 24, Jennifer Laude was finally laid to rest in Olongapo. Hundreds of people were in attendance, but other than myself and the chairperson of the Commission on Human Rights, Philippine national government authorities were markedly absent. In my eulogy, I called Jennifer “a symbol of our suffering motherland” and called for “justice for Jennifer and justice for our country.”

Taking into account the lopsided history of US-Philippine relations, that demand was, in the view of the skeptics, a tall order.