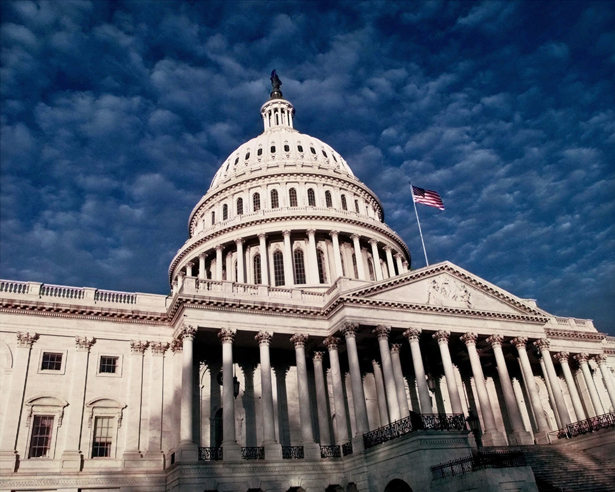 The framers of the Constitution were wise to include Congress in the process of framing and approving trade agreements made by presidents. That authority to provide advice and consent should, the wisest legislators have always argued, be zealously guarded.

Unfortunately, in recent decades, Congress has frequently surrendered its authority when it comes to the shaping of trade agreements. By granting so-called “fast-track authority” to the White House, Congress opts itself out of the process at the critical stage when an agreement is being struck and retains only the ability to say “yes” or “no” to a done deal.

The result has been a framing of US trade agreements that is great for multinational corporations but lousy for workers, communities and the environment. Instead of benefitting the great mass of people in the United States and countries with which it trades, deals such as the North American Free Trade Agreement and the permanent normalization of trade relations agreement with China de-emphasize worker rights, human rights, environmental and democracy concerns and clear the way for a race to the bottom.

Candidate Barack Obama recognized this. In 2008, he told Pennsylvania labor activists, “The current Fast Track process does not mandate that agreements include binding labor and environmental protections nor does it give an adequate role to Congress in the selection and design of agreements. I will work with Congressional leaders to ensure that any new TPA authority fix these basic failings and open up the process to the American people for their participation and scrutiny.”

That reference to opening up the process to the American people is key. When members of the House and Senate are engaged with the negotiation process, they can bring the concerns of citizens—not just those of corporations with powerful lobbyists and connections—to the fore. That’s how representative democracy is supposed to work, and this is especially vital when it comes to debates about economic policy.

Now, however, President Obama is seeking “fast-track” authority that activists and trade specialists say does not guarantee the sort of congressional oversight and citizen involvement that candidate Obama recognized as essential. And on Thursday, Obama’s choice to become the US ambassador to China, Senate Finance Committee chairman Max Baucus, D-Montana, joined with House Ways and Means Committee Chairman Dave Camp, R-Michigan, to introduced legislation to clear the way for the president and his aides to negotiate sweeping new trade deals, such as the controversial Trans-Pacific Partnership agreement, with limited congressional oversight.

Baucus and Camp are claiming that they have addressed past concerns and improved the fast-track model. They haven’t, and savvy members of Congress recognize the problem.

“Blindly approving or disapproving agreements that have largely been negotiated in secret would represent a derelict [sic] of duty for Congress,” says Congressman Mark Pocan, D-Wisconsin. “If there is nothing to hide in these agreements, we should be allowed to debate and amend these deals in the open. I am committed to doing all that I can to prevent the inappropriate use of fast track in Congress.”

Even members of Congress who have backed trade deals in the past, such as Michigan Democrat Sander Levin, say this fast-track proposal “falls far short” when it comes to outlining an appropriate level of congressional involvement in the process.

Congressman Mike Michaud, the Maine Democrat who chairs the House Trade Working Group, argues: “This bill misses an opportunity to raise the standards established by Congress that our trade negotiators must meet, and it neglects to include real enforcement of these standards. It also fails to improve transparency and enhance congressional consultations by the Administration, both of which are critical for Congress to maintain its constitutional authority over trade policy.”

Michaud says: “The Baucus-Camp bill is a disappointing repeat of failed trade policy from 2002 that will continue the trends of growing trade deficits, a declining manufacturing sector, and the offshoring of American jobs. This bill may represent the ideas of the two committee chairmen, but it does not reflect Americans’ views on trade and falls far short of being a truly bipartisan bill. That’s why I will oppose it.”

In fact, there will be significant opposition, from Democrats and Republicans. Last year, more than 150 House Democrats signed a letter arguing that “a new trade agreement negotiation and approval process that restores a robust role for Congress is essential to achieving US trade agreements that can secure prosperity for the greatest number of Americans, while preserving the vital tenets of American democracy in the era of globalization.”

Dozens of House Republicans have also expressed reservations about the traditional fast-track model. This is an appropriate bipartisanship.

There are deep partisan and ideological divisions in US House and the US Senate. But there should be broad acceptance of the necessity of congressional involvement in negotiations have the potential to define the economy of the United States in the twenty-first century.

As Lori Wallach, the director of Public Citizen’s Global Trade Watch, notes: “It’s rare these days that across the aisle, Congress agrees on anything, so it’s notable that a large bipartisan bloc insists on maintaining the exclusive constitutional authority over trade that the Founding Fathers wisely granted to Congress.”

Maintaining the role of Congress in trade negotiations is not just a matter of respecting the system of checks and balances.

It is about fundamental economic issues, issues that will—in particular—define the futures of manufacturing communities.

“Given how previous trade agreements have devastated local manufacturing sectors and shipped American jobs overseas, it would be unwise for Congress to ram through new trade deals without offering proper oversight,” says Pocan. “Massive trade deals—such as the Trans Pacific Partnership—now affect everything from America’s economy, to consumer and food safety, to labor standards and our environment.”