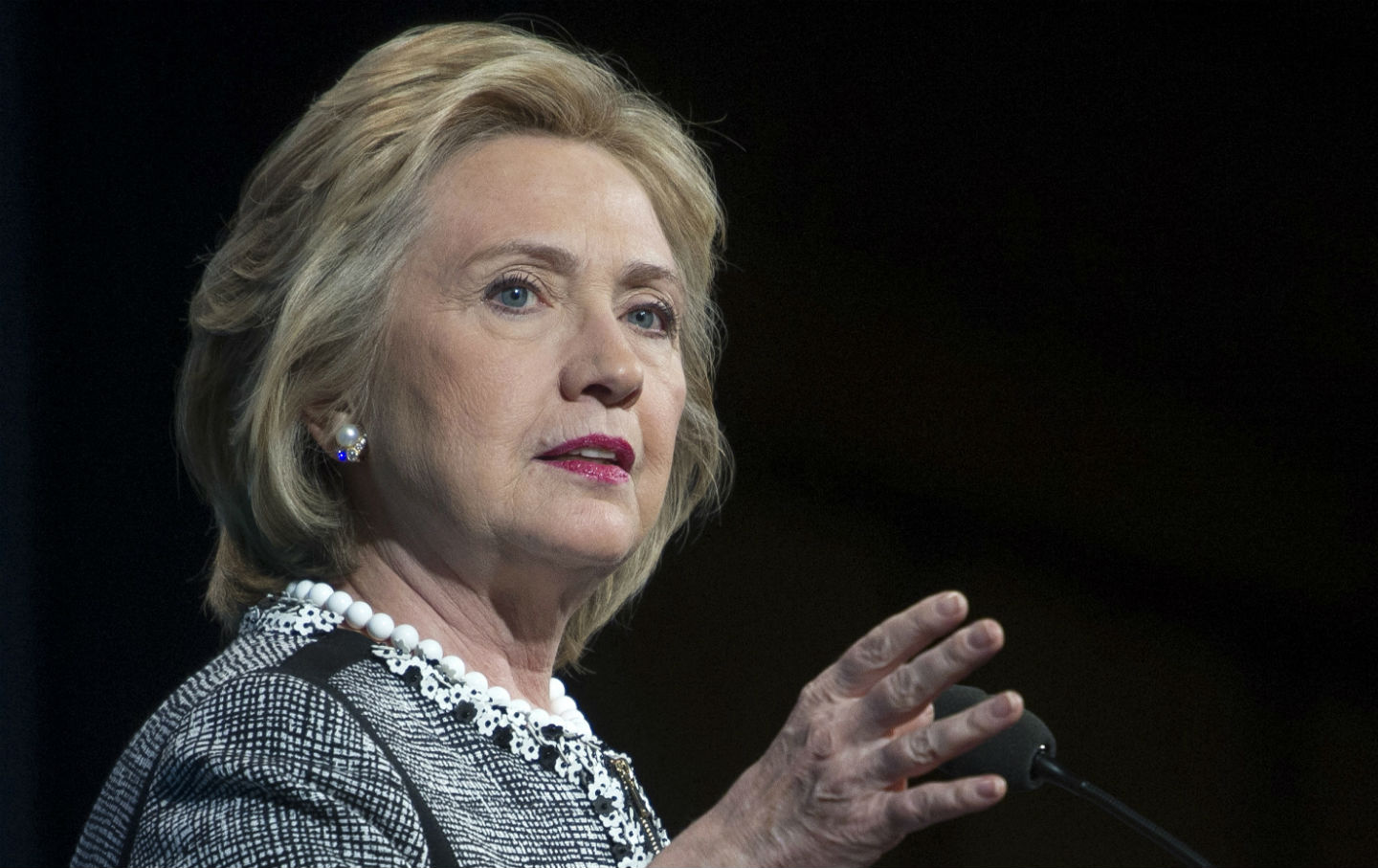 ExxonMobile, one of the largest and most powerful companies in the world, is facing mounting calls for a federal investigation of its role in promoting climate-change skepticism. On Thursday, Hillary Clinton joined fellow presidential candidates Bernie Sanders and Martin O’Malley, along with a number of members of Congress, in calling for an inquiry. “Yes, yes. They should,” Clinton said when asked at a campaign event if she’d ask the DOJ to launch a probe. “There’s a lot of evidence that they misled…people.”

A coalition of several dozen environmental and civil-rights groups sent a letter Friday to Attorney General Loretta Lynch requesting an inquiry into allegations “that the company knew about climate change as early as the 1970s, but chose to mislead the public about the crisis in order to maximize their profits from fossil fuels.” The signatories included 350.org, the Natural Resources Defense Council, Greenpeace, the Sierra Club, the Indigenous Environmental Network, and the Foundation of Women in Hip Hop.

It was Rhode Island Senator Sheldon Whitehouse who jump-started the public conversation about what kind of legal liability fossil-fuel companies might bear for funding groups that misled the public about climate science. In a floor speech and an op-ed in May, Whitehouse drew a parallel between Big Oil and tobacco companies, which were prosecuted under the Racketeer Influenced and Corrupt Organizations Act (RICO) for a decades-long public relations effort to discredit science linking smoking to cancer and other health risks. Whitehouse’s comparison gained credibility in July, when the Union of Concerned Scientists published a collection of internal documents revealing a “coordinated campaign of deception” implicating a number of fossil-fuel companies. One of the discoveries was that Exxon was factoring climate change and the risks of carbon emissions into its decision making as early 1981.

Since then, investigations by the Los Angeles Times and Inside Climate News have more fully exposed the depth of Exxon’s understanding of climate science, as well as the lengths the corporation went to in order to conceal it. Internal documents from the late 1970s and early 1980s show the company performed cutting-edge research that predicted their product could have a “catastrophic” impact on the climate, but concealed its findings from the public—and, ultimately, dedicated millions of dollars to sow doubt about the conclusions its own scientists had drawn. Though the oil giant dismissed the allegations as being “without merit,” scrutiny is only growing.

Earlier this month Representatives Ted Lieu and Mark DeSaulnier, who serve on the House Oversight and Government Reform Committee, asked the DOJ to investigate whether ExxonMobil’s actions violated a number of laws, including racketeering, consumer protection, truth in advertising, and shareholder protection statutes. O’Malley and Sanders made similar requests, and the attorney who led the prosecution of tobacco companies said that “a RICO action is plausible and should be considered.”

Lawmakers are also seeking information from Exxon directly. On Thursday, Whitehouse and his Democratic colleagues Richard Blumenthal, Elizabeth Warren, and Ed Markey sent a letter asking the company to detail any financial ties to Donors Trust and Donors Capital Fund, groups that have given tens of millions to conservative groups and projects. The recipients include essential cogs in the climate denial machine—think tanks and political organizations like the Competitive Enterprise Institute, the Heartland Institute, and the Americans for Prosperity Foundation.

“The Donors Trust/Donors Capital Fund operation does double duty: it is the ‘central component’ and ‘predominant funder’ of the denier apparatus, and at the same time it is the ‘black box that conceals the identity of the contributors,’” reads the letter, quoting an academic at Drexel University. The letter’s insinuation is that in the mid-2000s, when Exxon stopped funding organizations like the Heartland Institute that explicitly promote climate skepticism, it may have begun to funnel that money through intermediary groups in order to insulate the company from liability. Those intermediary groups have made the architecture of climate denialism more difficult to lay out than the tobacco industry’s; as I wrote in July, that makes prosecution under the racketeering law more complicated.

Though Clinton has tried to stake out an ambitious climate platform (which is not without critics), it’s somewhat significant that she joined her competitors in calling out Exxon, specifically. Some of the company’s lobbyists and lawyers have raised or donated money to Clinton, including Exxon’s vice president of government relations, Theresa Fariello. Clinton is the only Democratic candidate that has not pledged to reject campaign contributions from fossil-fuel interests.