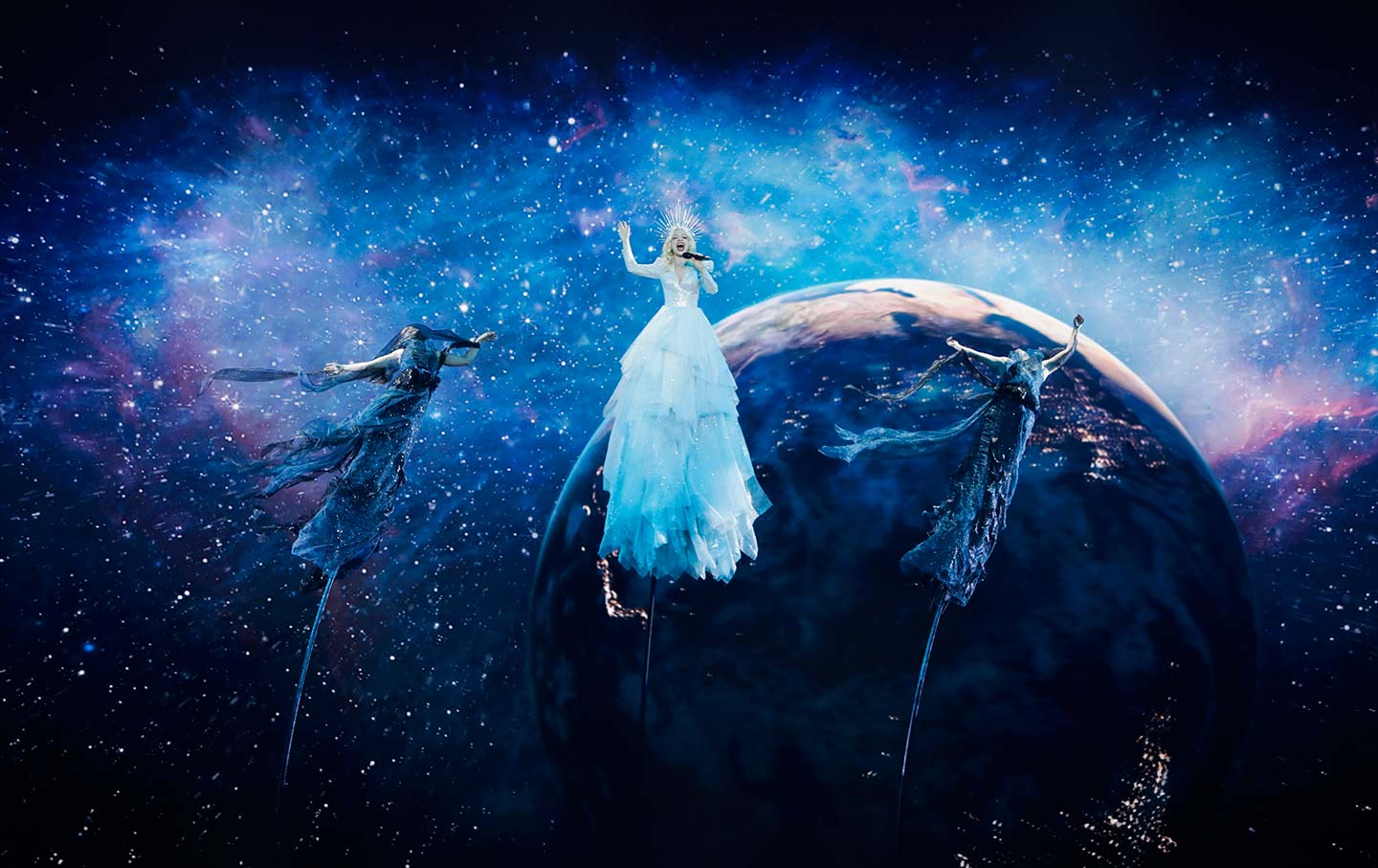 Although unfamiliar to most Americans, the Eurovision Song Contest is the longest-running televised musical event in the world. Launched in 1956 by the Eurovision broadcasting network as part of a broader attempt to unite Europe after World War II, the competition borrows from the campy musical aesthetics of Abba and Céline Dion (both past winners) and precedes popular shows like The Voice by many decades. Eligible entrants may come from countries with a European Broadcast Union member—including nations in Europe, other states on the Mediterranean, and via no easy historical logic, Australia.

The main sponsor of this year’s competition, which runs May 14 to 18 in Tel Aviv, Israel, was MyHeritage, a DNA ancestry-tracking company that launched a campaign called One Big Family to promote the event using the contestants’ genetic profiles. Unsurprisingly, most of them show relations to populations from the continent of Europe. Others reflect the identity politics of recent population shifts: Dami Im, who represented Australia, is described as having migrated Down Under as a child from “her native Korea” in a way that pits race against citizenship. Though Im “is (ostensibly…hold that thought!) not of European origin,” the MyHeritage test breathlessly reports her as “2.1% Finnish.” The dramatically hyped reveal implies that that dollop of Finnishness makes her part of the “family” after all.

Sweden’s John Lundvik, who appears to be black, has no DNA profile on the website, but 1991 Swedish champion Carola Häggkvist does. She’s supposedly “100% Northern European,” with “3300 relatives from 30 different countries on MyHeritage that she can now reach out to directly.” Never mind that having thousands of relatives in 30 separate nations would seem to call into question the possibility of being 100 percent anything at all—and instead point to the empirical truth that all humans are extremely and recently interrelated.

As Häggkvist’s example demonstrates, the incoherence of simultaneously asserting purity and diversity makes sense only through the powerful cultural confusions that mistake politics and geography for biology. This romanticizing of genetic connection translated into percentages is an old problem. Describing someone as 25 or 50 or 75 percent this or that is a reinscription of eugenic proportionalism that goes back to slavery, to Jim Crow, to Nazi blood laws, to the walled and war-torn worlds of half-breeds, quadroons, octoroons.

Of course, it’s also a new version of an old problem. Political standoffs around the world are increasingly informed by narratives of biological difference. These beliefs have terrible implications for democracy, equal protection, and justice. Yet there is profit to be made from such fictions—so ancestry-tracking companies have invested in selling the romance of family connection as a way of mining, owning, and exploiting the samples that consumers submit to them. Ubiquitous television ads push idiotic assignments of cultural inheritance: “I’ve traded in my lederhosen for a kilt!” proclaims a satisfied customer on one. And consider 23andMe’s advertisements during the 2018 World Cup. Proffering a “new way for people to experience global events,” the company produced a campaign named Root For Your Roots. “Why not pick a team based on your genetic ancestry?” the website announcement reads. Another customer says in a sidebar, “Team England is in my DNA… Go Team England!”

It’s human to want to write ourselves into mythic narratives and epic lineages. And technology has fast-tracked the romantic memorialization of our place in the world. At its most utile, DNA ancestry tracking allows us to identify certain close familial relations and, more generally, some of the broad continental contours from which our ancestors might have come. However, it’s unfortunate that companies claim to deliver results in biologized percentages that overlap with purely social categories like race, ethnicity, and belonging to a nation-state, as well as even more incoherent designations like “Hispanic.”

There is great irony in an arc that begins with Eurovision’s redemptive, post-Holocaust origin story yet lands us in a world where the bounds of “one big family” are mapped by assays for biological purity. This isn’t intended as disparagement of Eurovision’s greater project. Music can create community, and its prescriptions are the literal manifestations of harmony with others, despite the contest’s many controversies—from Austrian contestant Conchita Wurst, a drag queen whose 2014 win caused a homophobic backlash in Russia, Serbia and Turkey, to this year’s “parodic” promo in which the Israeli public broadcaster greeted attendees with a song touting the “complex identities” of Israelis and a line that went, “Most of us are Jews, but only some of us are greedy.”

Aware that my yearning for international chorale was born of my own experience as an African American, I watched the show and sang along. “My father raised me like the wind / Blowing softly, singing, telling fairy tales,” crooned Joci Pápai, who identifies as Roma and was Hungary’s representative this year. “He lived where every road ended / One thousand and one years aren’t enough for a life.” Now, as in the 1950s, a friendly coming together in song feels like an appealing way to soothe lives marked by loss, disappearance, and unnatural death. But if we are to truly heal our collective sadness, we must find a path to community other than genetics. Biological reductionism is not romantic. It is not a game. It ought not be driven by data dives for profit. The powerful return of biological determinism in all parts of life—from our credit ratings to our criminal predispositions—is built upon deadly hierarchies of inheritance. We should fear this, for praxis makes perfect, and repetition, over time, will render it real.