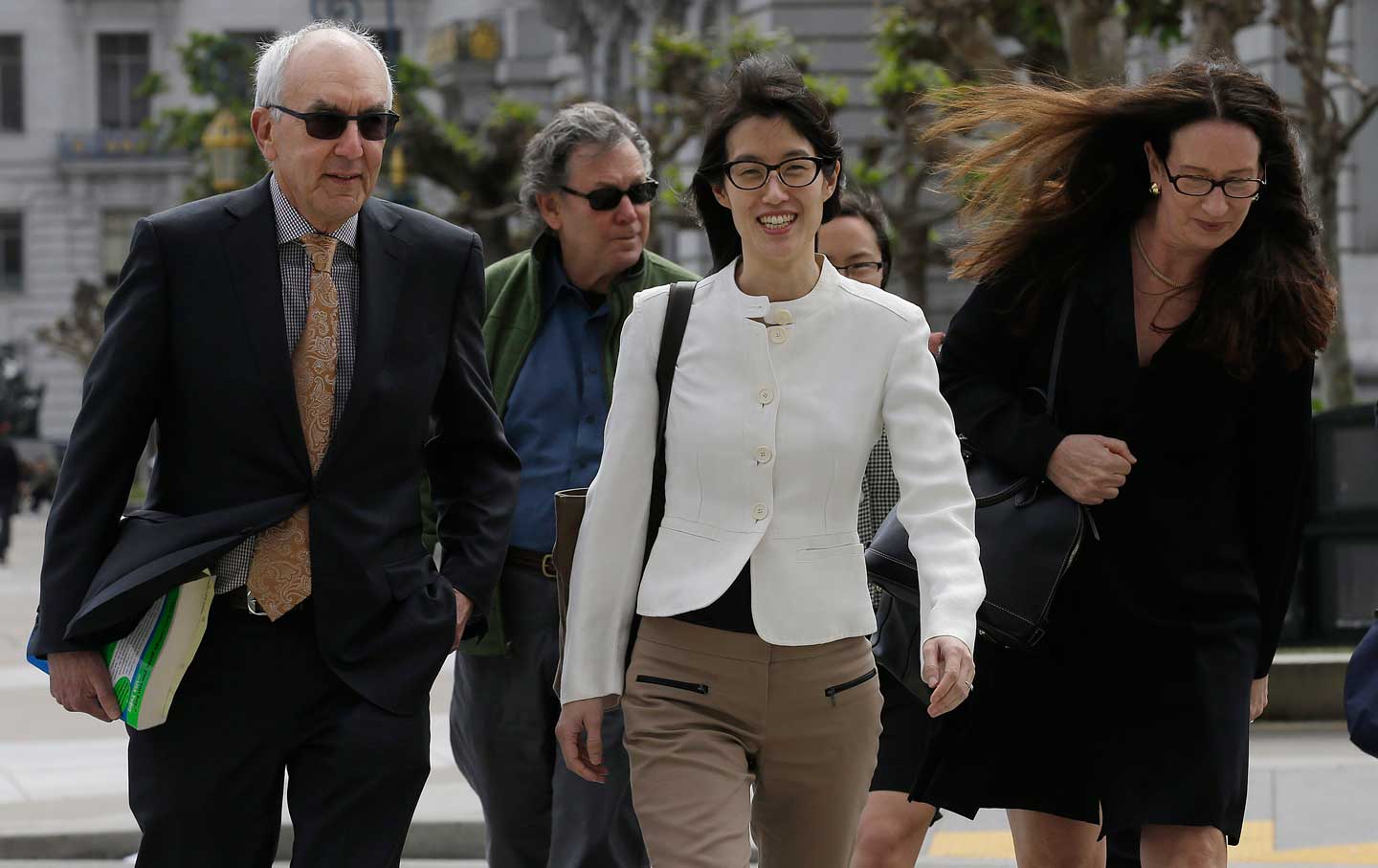 Ellen Pao does not want to be telling her life story.

Paradoxically, this message comes across pretty clearly in her new memoir, Reset: My Fight for Inclusion and Lasting Change. Pao, made famous (or infamous) in 2015 by her high-profile gender-discrimination lawsuit against the venture-capital firm Kleiner Perkins, would have been far, far happier if the modern economy really were the way she was raised to believe: a meritocracy. That would have allowed her to accomplish all of the world-changing things she felt capable of doing. Then, perhaps, she could have written a book about how to succeed in technology.

Instead, thanks to the world as it is, she was ostracized, harassed, kept down, and eventually pushed out. And so, in another sense, she is eager to tell her story: She seems to have felt obligated to speak out, first via her lawsuit and now through a book about it. She’s also since founded a nonprofit dedicated to increasing diversity in tech.

Pao’s lawsuit has been widely credited with sparking a conversation around the fact that women are still outnumbered in the tech industry, particularly the higher they climb up the ranks. She herself references this “Pao effect.” She promotes her book as a continuation of that conversation and as a call to arms to enhance diversity in the industry. 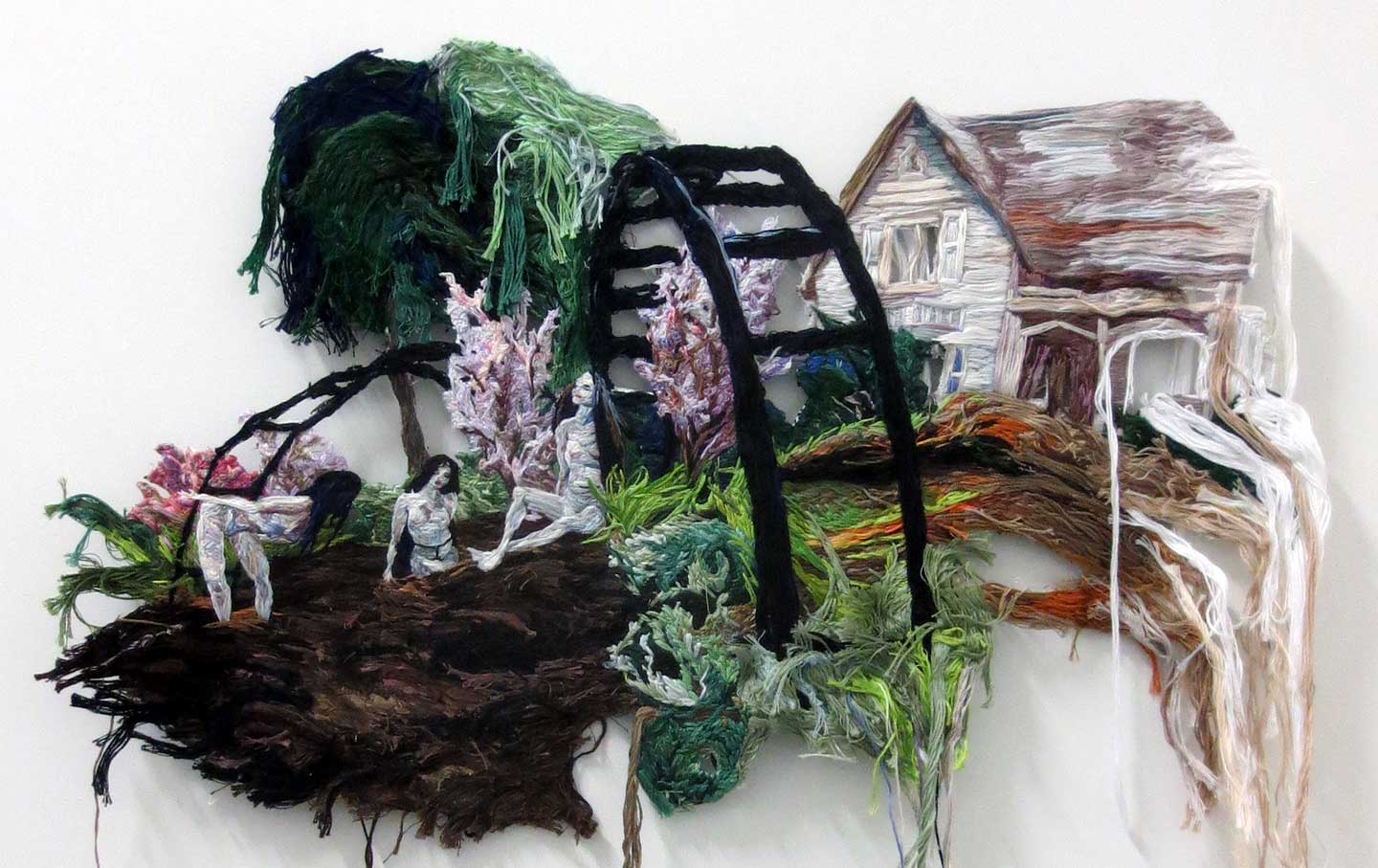 Speaking of the ‘Female Gaze’

But in the actual telling of her tale, she winds up, in many ways, working against her own cause. Her experience does serve as one representative example of the discrimination that young women face in a variety of workplaces. And yet, almost without trying, she highlights the resources and privilege it took to bring a lawsuit—a lawsuit she still lost, calling into question whether anyone else would dare to do the same thing. Worse, she writes about the endless tally of offenses she suffered during her career as though they were minor. The productive potential of a book like Pao’s lies in inspiring people to change. Instead, Reset acts more like a wet blanket, snuffing out the passion and urgency to take bold action.

Pao’s story is, at its heart, a sort of parable about what many young women face today as they try to succeed in the workplace. “I grew up firmly believing the world was a meritocracy,” Pao writes at the beginning of her book. She is happiest, she repeats over and over and over again, when she is working hard and following the rules and letting the results speak for themselves. “I’ve always believed in keeping my head down and forging ahead. I work hard. I do my best,” she declares.

At one point she writes, describing the skills she built at Kleiner Perkins:

Here I was, the daughter of immigrants, and I could recommend and sometimes help an entrepreneur and a company to gain investment, potentially changing forever the lives of consumers, entrepreneurs, employees, and whole industries.

Or I would have been, I was sure, if anyone would listen to me.

“There was so much I wanted to do,” she says. But she wasn’t given the tools to get any of it done. This is what discrimination often takes from women: the ability to be known for their accomplishments, not the abuse they suffered. Eventually, women get worn down. Over the course of her tenure at Kleiner Perkins, Pao describes being “ignored again and again”—left out of important meetings and casual outings alike. Co-workers even cut her out of her own deals. Racist and sexist jokes were the firm’s language. Executives and colleagues hit on her, including one with whom she eventually had a short affair, only to have him try to sabotage her when she ended it. She was criticized for being too “sharp-elbowed”—her boss even told her she had a “female chip on her shoulder”—but watched her boorish, aggressive male colleagues get rewarded for the same behaviors.

Such circumstances may be different from what other generations of women faced, thanks to decades of activism and to laws that bar explicit discrimination. While overt discrimination and harassment still happen, many women are now faced with something more vague, something more like death by a thousand ambiguous cuts. “No doubt, we have it far better than our grandparents did—more legal protections, greater representation,” she writes. “Often today the bias is just subtler, the attitudes more hidden, the rationalization more nuanced.” The pressing problem that Pao embodies is whether any of it can be proved in a court of law.

If the outcome of Pao’s case is any indication, the answer is no. And she recognizes that, too. “As I learned firsthand, many of these issues don’t rise to the level of criminally or legally punishable behavior,” she says, “but that doesn’t mean they’re not toxic.”

Yet Pao is bizarrely hesitant to call the various slights, offenses, and blockages she faced and witnessed what they are: harassment and discrimination. Instead, she repeatedly makes excuses for her former colleagues and downplays the severity of their actions.

Of an incident in which male classmates at Harvard Business School passed a dildo around in class, Pao writes that the episode reflected a “lack of worldliness.” She speaks of the “strange behavior” at a law firm where she worked, such as a male partner who always seemed to forget his own copy of paperwork so that he could lean over a woman’s shoulder to read hers and look down her shirt. A manager at her first tech job, who called Korean people “really lazy,” is described as “kind of a jerk.” When he showed her art with nudity in it at work, she says, he “just seemed dorky and awkward and probably a little lonely.”

When an executive made a pass at her, talking about his open marriage, her takeaway was, “Of course it’s okay, maybe even normal, to feel awkward. But you don’t need to avoid this person forevermore…as long as that person doesn’t cross your line. Just try to maintain your boundaries and keep going.” In fact, she frequently chooses the word “awkward” to describe harassment, as if it were all just a social misunderstanding.

Even after she filed her lawsuit, Pao writes, she “felt a certain compassion for my former colleagues—I had put them in a terrible fix. They certainly didn’t want to have their secret world and antiquated habits revealed to outsiders, and they clearly wanted this to go away.”

Pao’s own introduction to Reset hints that she considers herself this generation’s Anita Hill. “In outlets from MSNBC to the New Republic to Newsweek, thought leaders and pundits compared my case to that of law professor Anita Hill—whose testimony…became a landmark moment in history, a moment when sexual harassment and corporate gender equality were finally discussed openly,” she writes. “Anita Hill herself wrote in Fortune magazine: ‘Hearing the ruminations on Ellen Pao’s failed gender discrimination suit against her former employer, Kleiner Perkins Caufield & Beyers, the famous words of Justice Louis Brandeis come to mind: “Sunlight is said to be the best of disinfectants.” In Pao’s case, the sunlight is beginning to do its work.’ ”

Hill, like Pao, didn’t win the battle she fought. But Hill’s clear description of harassment inspired many other women to come forward with their own stories of workplace abuse. Sexual-harassment complaints filed with the Equal Employment Opportunity Commission rose by 50 percent compared with the year before Hill’s testimony, reaching a record for the time. Pao, by contrast, makes it sound nearly impossible to follow in her footsteps and take action, whether speaking up at work or filing a lawsuit.

The lawsuit “almost ended my career in tech, set me back half a million dollars just in legal fees and costs, and launched a thousand hit pieces on me and my family,” she writes. “I’ll grant that only someone a little bit irrational would sign up for the onslaught of personal attacks that comes with a high-profile case…[but] I was one of the only people who had the resources and the position to bring suit.” She ultimately lost on all four counts—alleging that Kleiner Perkins did not promote her based on gender, retaliated against her for objecting, failed to prevent further discrimination, and terminated her for complaining. The jury found Kleiner had done nothing wrong.

At the end of the book, she does offer up some advice to women who may find themselves in similar positions. Among the strategies she recommends are leaving a workplace when you get too uncomfortable—not to speak up and demand change—to “accept that not everyone wants to or can change,” and to evaluate your own good or bad choices. “Pick your battles,” she tells women. “I wish you didn’t have to, but it’s tiring to fight a thousand cuts. Choose what’s most important and let the rest go.” The reader is left feeling an acute sense of inertia, if not helplessness.

Pao’s articulation of the pernicious discrimination that women face at work today helps others understand what it looks like and how it thwarts equality. Now that we have laws on the books against sexual harassment and discrimination—thanks to figures like Hill and others—it’s time to figure out what we do about the harder-to-prove, but still harmful, bias permeating the workplace.

That movement, however, needs martyrs who are clear-eyed about the damage and willing to move others to action against it. Pao doesn’t seem willing to be that hero. Her book goes one step toward illuminating this issue—and then takes too many steps backward.

We Need to Scale Back America's War Machine