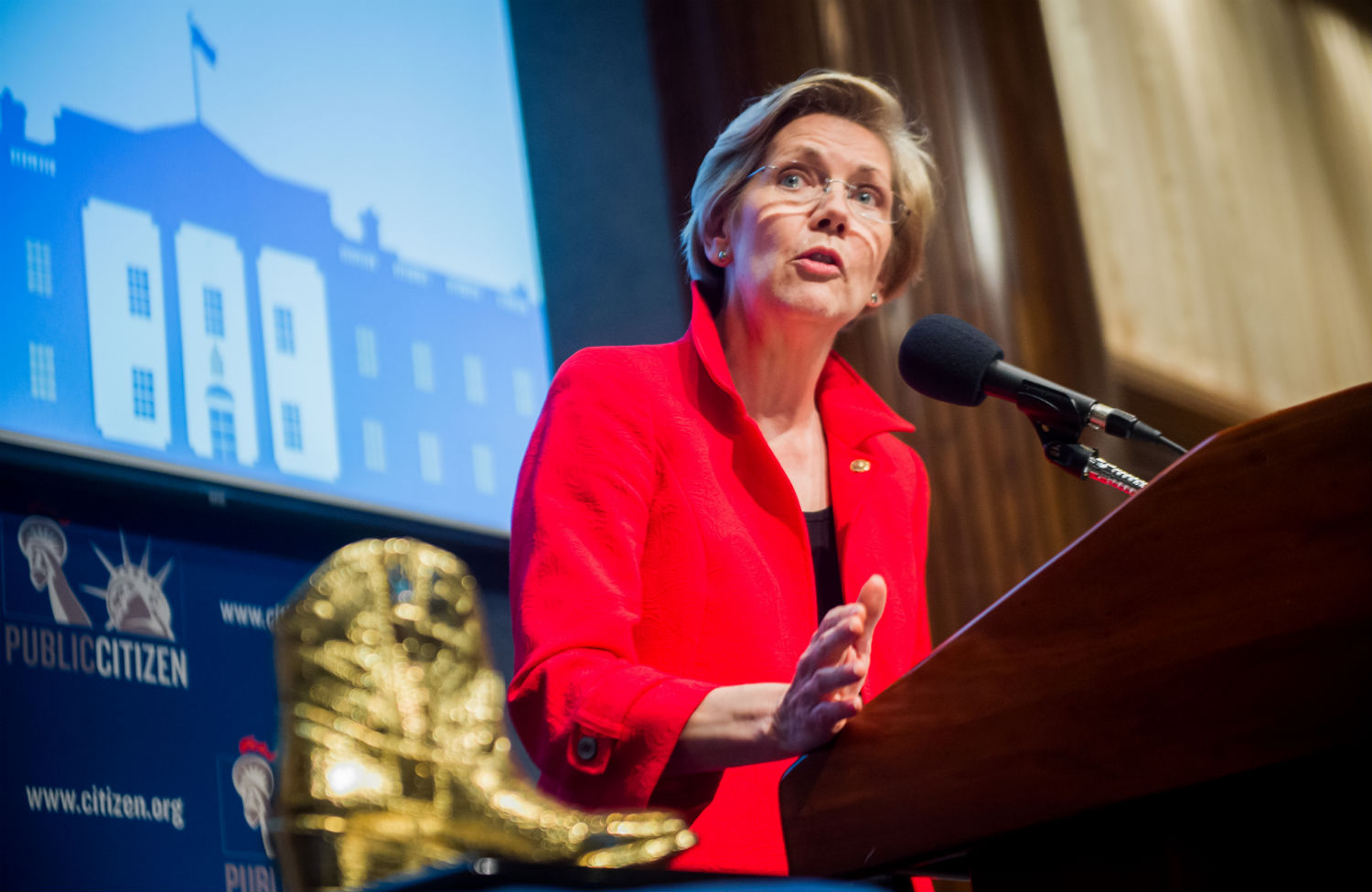 One of Senator Elizabeth Warren’s top priorities since coming to Washington has been opening up ongoing international trade talks to public scrutiny—she has, on several occasions, criticized the secret nature of the negotiations, and has pressed the administration’s trade representative directly about transparency.

On Wednesday night in DC, at Public Citizen’s annual gala, Warren spoke about the trade deals in some of her most direct remarks to date on the issue—and revealed some inside details about the debate in Congress.

“From what I hear, Wall Street, pharmaceuticals, telecom, big polluters and outsourcers are all salivating at the chance to rig the deal in the upcoming trade talks. So the question is, Why are the trade talks secret? You’ll love this answer. Boy, the things you learn on Capitol Hill,” Warren said. “I actually have had supporters of the deal say to me ‘They have to be secret, because if the American people knew what was actually in them, they would be opposed.’”

From there, Warren launched a direct broadside on the trade deals, which would include the Trans Pacific Partnership Agreement, and suggested it should be scuttled.

“Think about that. Real people, people whose jobs are at stake, small-business owners who don’t want to compete with overseas companies that dump their waste in rivers and hire workers for a dollar a day—those people, people without an army of lobbyists—they would be opposed. I believe if people across this country would be opposed to a particular trade agreement, then maybe that trade agreement should not happen.”