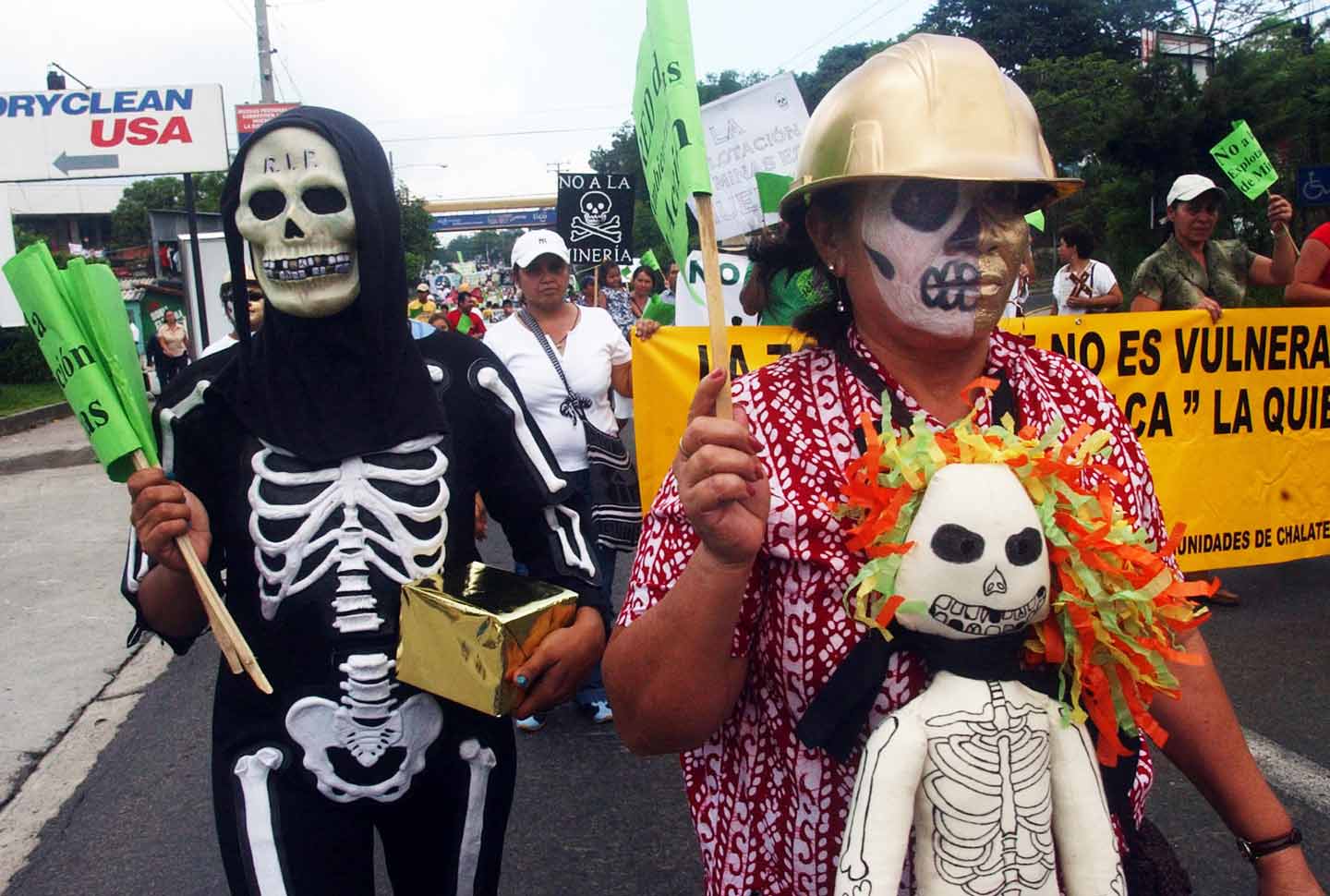 If you needed one more reason to take sides in the last great fight of the Obama years, that of the corporate giveaway package known as the Trans-Pacific Partnership (TPP), here it is.   1

Last week, the tribunal at the center of the proposed TPP ruled against a global mining firm that sued El Salvador, but only after seven years of deliberations and over $12 million spent by the government of El Salvador. Equally outrageous, legal shenanigans by the Australian-Canadian firm OceanaGold around corporate ownership will likely prevent El Salvador from ever recouping a cent.2

The ruling simply reinforces what Salvadorans have said all along. This mining giant, whose Pac Rim Cayman subsidiary sued El Salvador after it didn’t get a mining license, did not deserve to get a license because it never fulfilled all the legal requirements for one. The tribunal should have thrown out the case from the start.3

And the Pac Rim subsidiary that filed the suit was a Cayman shell company. OceanaGold, which purchased Pac Rim in 2013 and financed the lawsuit, will never have to pay for the environmental and social damage its mining “exploration” left behind. Hence, in the end, El Salvador simply won the right to implement its own laws. In other words, like the rest of these tribunal cases in the World Bank Group’s International Centre for Settlement of Investment Disputes (ICSID), there is no such thing as a “win” for the country getting sued.4

OceanaGold’s proposed mine was near the Lempa River, which supplies drinking water to over half of El Salvador.

The good news is what we’ve found on the ground in El Salvador, most recently in July, where communities and the government have put the right to water before corporate profits. As The Nation has reported, a decade ago communities in gold-rich northern El Salvador learned of the environmental horrors that would accompany gold mining and especially the danger of mining with toxic chemicals—notably cyanide—near fragile watersheds. OceanaGold’s proposed mine was near the Lempa River, which supplies drinking water to over half of El Salvador’s population of 6 million. At least four “pro-water” activists—one of them pregnant—were assassinated as mining opposition grew.5

Community leaders in the north helped build a national coalition against mining (La Mesa), and convinced the Catholic Church and ultimately the government to say “no” to mining. You’d be hard pressed to find a better example of a government following the will of its people. Close to two-thirds of Salvadorans polled in 2007 opposed mining, a figure that rose to 77 percent in a 2015 poll by the University of Central America.6

This large citizen mobilization against mining, supported by international allies, has convinced three successive Salvadoran presidents not to issue mining permits. This, despite hundreds of thousands of dollars spent by an OceanaGold “social responsibility” foundation providing handouts (folklore and sewing classes, Christmas dinners, and the like) to win hearts and minds in favor of the mine.7

As we discovered in San Salvador in July, OceanaGold’s representatives are pushing hard for the government to let it in, arguing that the financially strapped government has no other easy way to meet urgent government expenses. Undoubtedly some are tempted, but President Salvador Sánchez Cerén met with La Mesa representatives in late August to assure them that, whatever the ICSID verdict, his administration would stand behind its environmentally based mining policy and not issue new mining licenses.    8

Also good news: El Salvador is not alone in this important policy stance. The Costa Rican government has stopped all new open-pit mining. Panama has ceased mining in the major indigenous area in the south. Colombia has stopped mining in its Andean uplands. And Argentina has halted mining that could damage glaciers, a key source of water.9

But, as in El Salvador, global mining companies have launched lawsuits against Costa Rica, Panama, and Colombia over what should be seen as laudable actions.10

Environmental and social issues around mining have no standing in the World Bank Group’s tribunal.

As groups in the United States, Canada, Australia, and the Philippines (where OceanaGold has a controversial big mine) stepped up opposition to the lawsuit against El Salvador after 2009, people around the globe were shocked to learn that environmental and social issues around mining have no standing in the World Bank Group’s tribunal. In these cases, a panel of just three highly paid arbitrators, picked from a pool that is laden with corporate lawyers, have the power to make these decisions without any effective appeal option.11

If this feels far from the US reality, consider this: Earlier this year, the TransCanada Corp. behind Canada’s Keystone pipeline used NAFTA’s rules to sue the United States for $15 billion for its ruling to stop extension of its pipeline in the United States. Yes, for stopping the pipeline. It was the right decision on Obama’s part, but one that likely ends with a TransCanada win at ICSID, given that Obama announced his decision was being made on larger “climate change” grounds (an ICSID no-no).12

ICSID was created 50 years ago, and these biased investment rules have been part of trade agreements since NAFTA. They are also at the center of the Trans-Pacific Partnership, now being pushed in the US Congress against a broad progressive coalition. Since September, Bernie Sanders’s Our Revolution, the Citizen’s Trade Campaign, and a wide range of other groups have generated tens of thousands of phone calls to Congress opposing the TPP. Senator Elizabeth Warren, Nobel Prize winner Joseph Stiglitz, hundreds of academics, and many others have likewise raised their voices in opposition.  13

Despite Hillary Clinton’s professed opposition to the agreement, she’s not lobbying members of Congress to vote against it.

But no one should be complacent about defeating the TPP. Despite Hillary Clinton’s professed opposition to the agreement, she is not picking up the phone to convince members of Congress to vote no. On the other hand, Barack Obama—contradicting his pipeline stance—is waging a full-court press on Democrats to vote for this unpopular deal after the November elections. With the US Chamber of Commerce joining Obama, it will take every effort of the labor, environmental, family farm, religious, and other forces to defeat the TPP.15

El Salvador just gave us one more reason to defeat the TPP, and we should do so in part to honor the brave Salvadorans who have chosen water over gold.