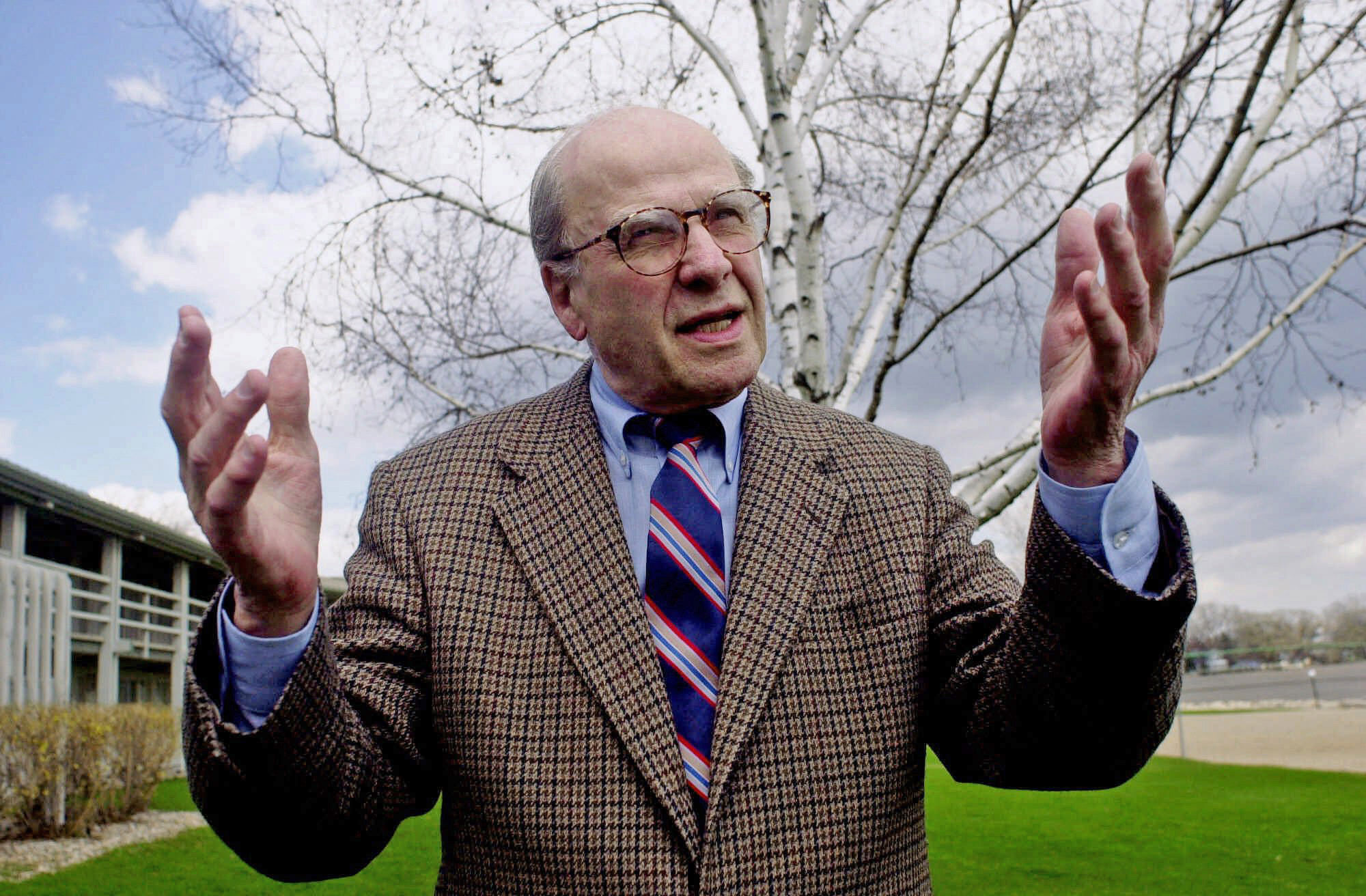 Gaylord Nelson had been a Democratic senator from Wisconsin for six years when he developed the idea for Earth Day in 1969. Originally conceived as a “National Teach-In on the Crisis of the Environment” at colleges and universities across the country, April 22, 1970, was selected to be the celebration’s first day because it conveniently fell between spring break and final exams on most campuses.

The impetus for creating such an event came to Nelson because, as a student and politician and activist, he’d kept his eyes open. He once described the results of timber exploitation in his native Wisconsin North Woods, writing that loggers had come into the white pine forest and “wiped it out in an eyewink of history and left behind fifty years of heartbreak and economic ruin.” As Wisconsin’s governor between 1959 and 1963, Nelson watched municipalities shower their residents with DDT. Upon becoming a senator in 1963, he wrote to President Kennedy, “There is no domestic issue more important to America in the long run than the conservation and proper use of our natural resources, including fresh water, clean air, tillable soil, forests, wilderness, habitat for wildlife, minerals and recreational assets.”

Three planks of Nelson’s activism stand out. First, and perhaps most important, Nelson actually had an environment for which to fight. That is to say, he was able to experience the pristine majesty of places like the North Woods before the logging trucks moved in. (Today’s younger activists must use a book to picture a pre–Exxon Valdez Prince William Sound, tomorrow’s will need Google to look at the pre–Deepwater Horizon Gulf.) For Nelson, though, the “before” and “after” of environmental degradation sat right in front of him in stark contrast. As our contemporary assault on the environment continues apace, we risk losing any sense of that we might have had of “the way things were,” which breeds cynicism, apathy and further destruction. Across the country—at the irradiated wastelands surrounding Washington State’s Hanford Site, for example—we’re encountering more and more situations in which the best we can hope for is “less awful”—and even that standard is slipping towards “less catastrophic” or “not lethal.”

Second, the media tools for Nelson’s activism existed. Writers, that is, wrote; activists staged actions; and robust progressive media made sure that the American people knew about it. During his time in state politics—first as a three-term state senator, then as governor—Nelson was inspired by the writer-activist Aldo Leopold, whom he met and whose Sand County Almanac (1949), today part of the canon along with Rachel Carson’s Silent Spring (1962), motivated his conservation initiatives. He developed the idea for the National Teach-In on the Crisis of the Environment after reading an article in Ramparts magazine about the inroads that teach-ins about the Vietnam War were having, an example of the importance of ideas that progressive media (like The Nation) can engender, provided they have a clear voice and dedicated audience. Progressive ideas flourish in the presence of other ideas; cross-pollination, like Nelson’s brainstorm to apply antiwar techniques to the environment, is necessary to ensure a continuous evolution of thought and dialogue.

Finally, Nelson recognized the power he commanded as a US senator. He was, after all, an insider, part of the most exclusive club in America, and he used his power to leverage the federal government into action. As evidenced by the legislation he sponsored—including the creation of a national hiking trails system and the Wilderness Act of 1964—Nelson conceived of the US government as a facilitator of, for lack of a better term, the pursuit of happiness promised in the Declaration of Independence. When it comes to saving the environment, the pluck and intellect of a handful of inspired actors are not enough. Nelson recognized that only the federal government had the wherewithal to create a true national framework for conservation; this was not something that well-funded private enterprise (which lacked the motivation) or well-meaning activism (which lacked the funding) could do on their own. Unlike today’s government-is-the-problem attitude espoused by too many lawmakers, Nelson rightly saw that, at least in this case, government was one of the few players capable of creating a solution.

Read more of The Nation's special #MyClimateToo coverage:
Mark Hertsgaard: Why TheNation.com Today Is All About Climate
Christopher Hayes: The New Abolitionism
Naomi Klein: The Change Within: The Obstacles We Face Are Not Just External
Dani McClain: The ‘Environmentalists’ Who Scapegoat Immigrants and Women on Climate Change
Mychal Denzel Smith: Racial and Environmental Justice Are Two Sides of the Same Coin
Wen Stephenson: Let This Earth Day Be The Last
Katha Pollitt: Climate Change is the Tragedy of the Global Commons
Michelle Goldberg: Fighting Despair to Fight Climate Change
George Zornick: We’re the Fossil Fuel Industry’s Cheap Date
Dan Zegart: Want to Stop Climate Change? Take the Fossil Fuel Industry to Court
Jeremy Brecher: ‘Jobs vs. the Environment’: How to Counter the Divisive Big Lie
Jon Wiener: Elizabeth Kolbert on Species Extinction and Climate Change
Dave Zirin: Brazil’s World Cup Will Kick the Environment in the Teeth
Steven Hsieh: People of Color Are Already Getting Hit the Hardest by Climate Change
John Nichols: If Rick Weiland Can Say “No” to Keystone, So Can Barack Obama
Michelle Chen: Where Have All the Green Jobs Gone?
Peter Rothberg: Why I'm Not Totally Bummed Out This Earth Day
Leslie Savan: This Is My Brain on Paper Towels