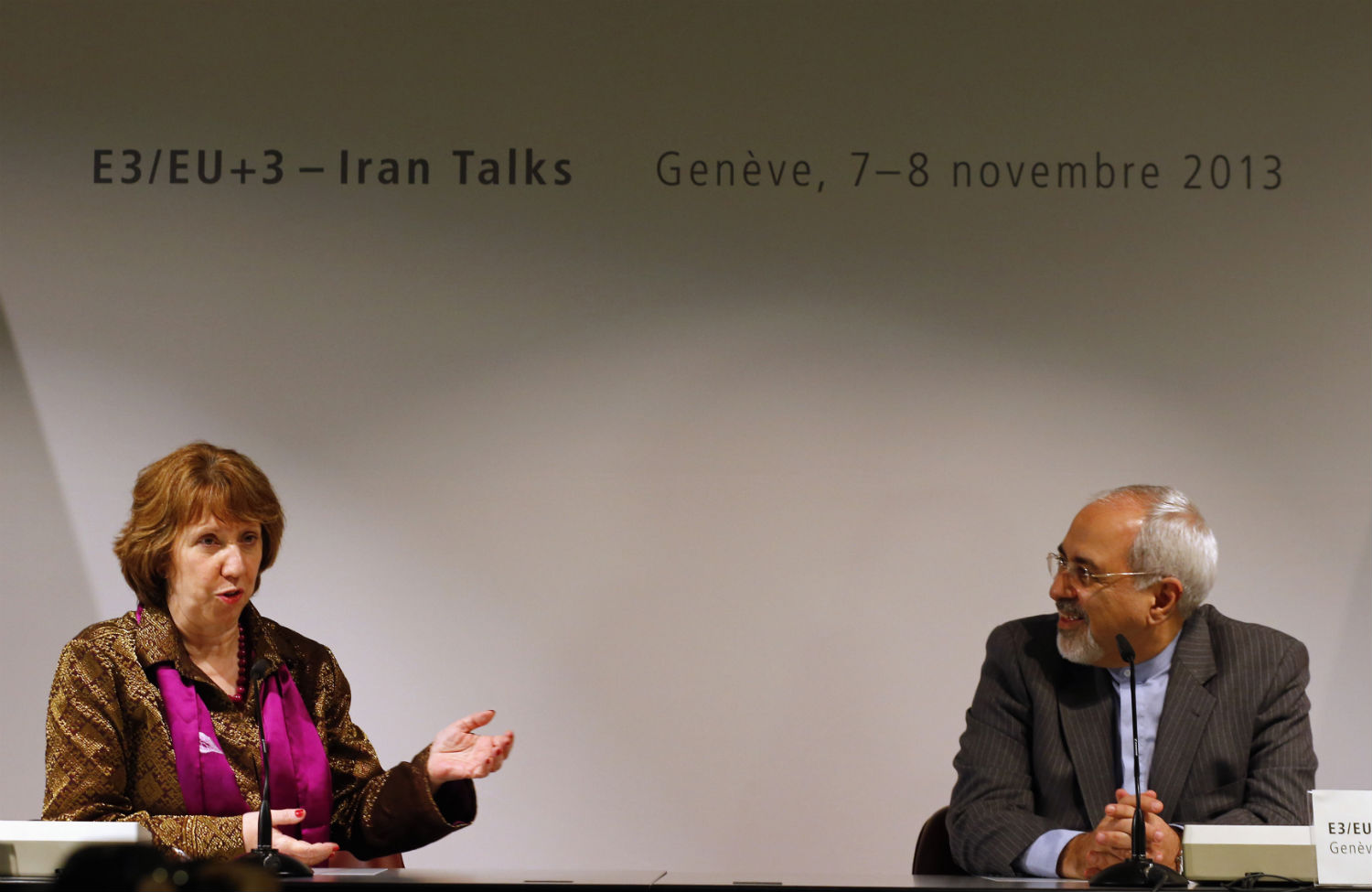 The interim accord between Iran and the P5+1 reached in November is moving forward, but that hasn’t stopped members of Congress, the Israel lobby and the usual neoconservative suspects from trying to overturn it—especially via the imposition of new economic sanctions. Because the enactment of new sanctions against Iran is virtually certain to overturn the accord and cause Iran to withdraw from the agreement, it’s hard to explain the effort as anything but a deliberate effort by anti-Iran hardliners to blow up the agreement—even though they say, disingenuously, that they believe that increasing pressure on Iran now will force Iran to suspend its nuclear program.

As for the interim accord itself, well, things are fine. According to Press TV, the Iranian news service, Iran and the P5+1 will remain in regular contact for the first three weeks of January, until the projected start date for the actual implementation of the November 2013 accord on January 20. That’s the date on which Iran is supposed to begin carrying out the technical measures to fulfill the November accord, in which Tehran agreed to halt enrichment of uranium to the 20 percent purity level, suspend work at its Arak heavy water reactor and allow more complete inspections of its facilities. Iran also agreed to limit its stockpile of uranium enriched to fuel-grade, 3-5 percent purity. On that front, according to both Iranian and US officials, initial preparations are going well.

But that hasn’t stopped key members of Congress, including Senators Mark Kirk (R-IL) and Robert Menendez (D-NJ), from drafting a wrecking-ball piece of legislation, cosponsored by twenty-six senators, to intensify sanctions. Menendez, a top Democrat and chairman of the Senate Foreign Relations Committee, is being opposed by a phalanx of other Democrats, who’ve urged Senate Majority Leader Harry Reid not to allow the Menendez-Kirk “Nuclear Weapon Free Iran Act” to come to a vote. (The November interim accord explicitly forbids new sanctions during the talks, and President Obama is certain to veto such legislation, although anti-Iran bills over pass with overwhelming, veto-proof majorities.) In their letter, however, ten Democratic Senate committee chairs told Reid, “At this time, as negotiations are ongoing, we believe that new sanctions would play into the hands of those in Iran who are most eager to see the negotiations fail.”

There’s plenty of intelligent commentary on why the sanctions bill is a bad idea, starting with Colin Kahl—a former Obama administration official at the Department of Defense—writing in The National Interest. Kahl notes that Iran’s President Hassan Rouhani, elected in June, is quietly building a national consensus inside Iran in support of a lasting accord with the United States and the West, and Kahl argues that new sanctions would upset the apple cart. He says:

The Senate bill could also lead to provocative Iranian counter-reactions at an extraordinarily delicate moment for diplomacy. Indeed, nearly one hundred hardline Iranian parliamentarians have already drafted legislation that would mandate escalating enrichment to the nearly-bomb-grade 60 percent level if more U.S. sanctions are imposed. Given thirty-five years of distrust between Tehran and Washington, it would not take much perceived bad faith by either party to reverse the modicum of confidence built at Geneva. It is difficult to imagine negotiations surviving such a tit-for-tat retaliatory cycle.

Finally, Rouhani’s ability to forge elite consensus for the additional concessions required for a final nuclear deal hinges on his ability to deliver meaningful sanctions relief, not just avoid an increase in sanctions. Yet by imposing demands that Iran completely dismantle its enrichment program—which Khamenei, hardliners and the majority of the Iranian public view as unacceptable capitulation—prior to lifting U.S. sanctions, the proposed Senate legislation will make it extremely difficult for Rouhani to build a coalition in favor of further compromise. The net effect will be to make a comprehensive, peaceful resolution to the Iranian nuclear crisis more difficult to achieve.

Also writing in The National Interest, a moderate-conservative, “realist” publication, a former top US intelligence official, Paul Pillar, points out the central fallacy of the idea of new sanctions:

The promoters of the legislation contend that its effect would be just the opposite, and would increase U.S. bargaining power and make it more likely Iran would make concessions we want. It is possible that some members of Congress who might be inclined to vote for this bill, and even some who have signed on as co-sponsors, actually believe that contention. They keep hearing, after all, the trope about how “sanctions brought Iran to the table” and that if some sanctions are a good thing than even more sanctions are an even better thing. But anyone who has thought seriously for more than a minute about this subject—as the chief promoters of the legislation surely have—realizes how fallacious that idea is. Whatever role sanctions may have had in getting Iran to the table, it is the prospect of getting sanctions removed, not having them forever increase, that will induce Iran, now that it is at the table, to complete an agreement placing severe restrictions on its nuclear program. It goes against all logic and psychology to think that right after Iran has made most of the concessions necessary to conclude the preliminary Joint Plan of Action, “rewarding” it with more pressure and more punishment would put Iranians in the mood to make still more concessions.

Reinforcing Kahl and Pillar’s arguments is a piece by Reza Marashi and Trita Parsi, both from the National Iranian American Council (NIAC), writing for CNN. They argue:

Iranian voters know better than anyone that Rouhani’s victory at the polls is fragile. Boxing in their hardliners is not the same as eliminating them. What the outside world—particularly the West—does or does not do can help determine whether the win-win approach of Rouhani and Zarif will define Iran or whether it will once again be relegated to the sidelines. Thanks to the elections, not sanctions, the win-win narrative of the Iranian moderates is now dominant. But it won’t be for long if their corresponding policies do not prove successful.