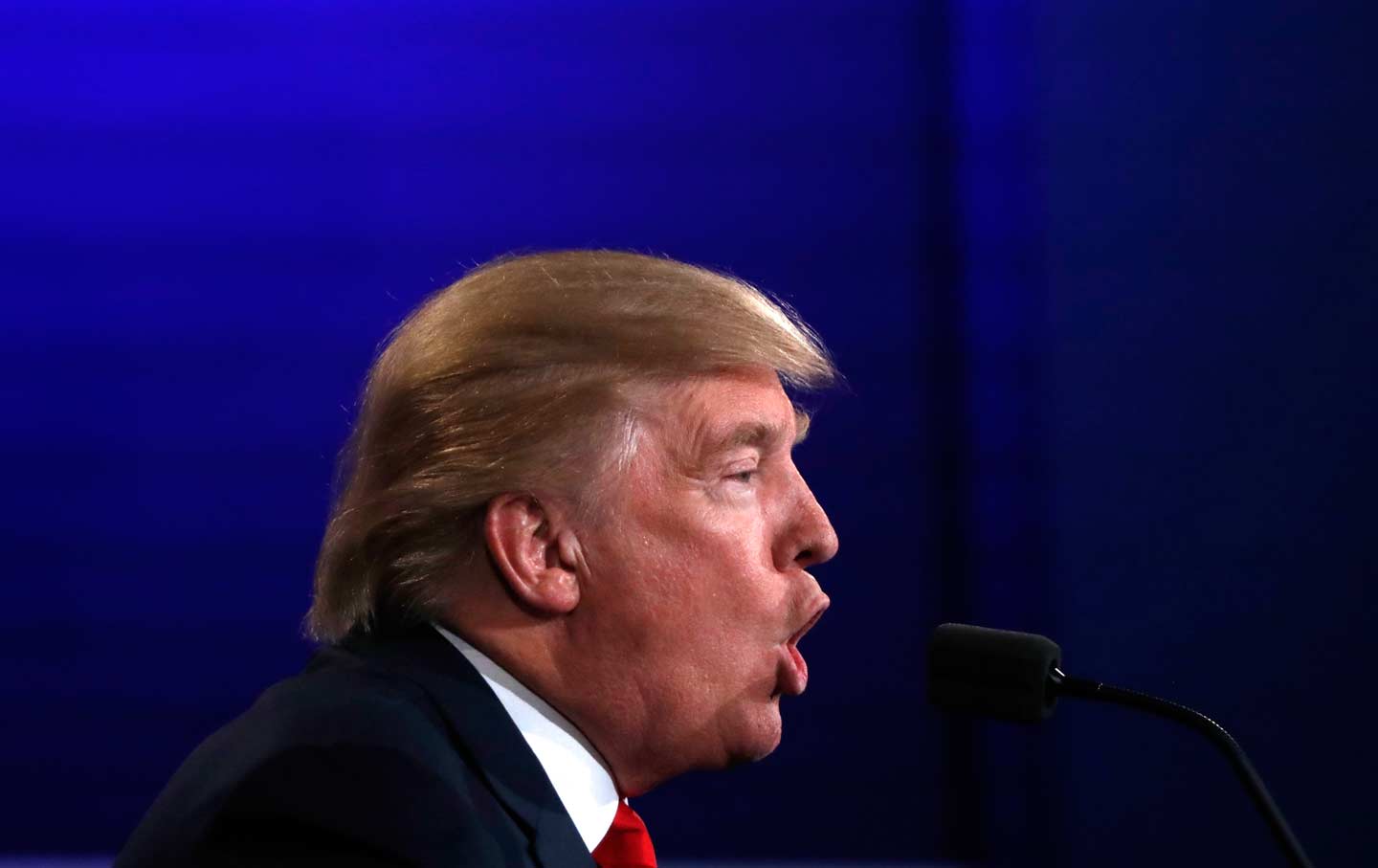 John Adams did not approve of Thomas Jefferson. The second president battled to retain his office through the brutal election campaign of 1800 and through the arduous process of establishing the winner of a close contest in a deeply divided young nation.

Yet, when it finally was established that Jefferson had prevailed, Adams accepted the results of their fierce competition. That acceptance may have been grudging and bitter. No one doubted that Adams was disappointed. But the fact of his disappointment made the sitting president’s recognition that he must stand down all the more meaningful. In accepting a result that he had battled to avert, Adams set a standard for the peaceful transfer of power between electoral rivals. And for the peaceful settlement of contentious competitions in unsettled times.

The standard has been maintained for 216 years. It has been tested, to be sure. There have been many bitter and divisive campaigns. There have been more close finishes than Americans choose to remember. There have been extraordinary circumstances where contests have been too close to call and candidates have refrained from conceding, as Al Gore did in 2000, while recounts have been pursued. But the basic premise of respect for the process has, with striking consistency, been recognized and respected by those who seek the nation’s highest office. Serious presidential contenders have not dared to speak during the course of their campaigns of refusing to accept the will of the people.

Donald Trump, who showed his totalitarian instincts when he said in the second presidential debate that his opponent would be jailed if he was elected, used the third debate to declare his intention to set a new standard regarding the acceptance of election results:

Trump absolutely refused to say he would accept the results of the 2016 election.

“I will keep you in suspense, okay?”

Who will decide the character of that suspense? Donald Trump.

Who will decide when, of if, it ever ends? Donald Trump.

Who will hold the process hostage to his fantasies and furies? Donald Trump.

Much of consequence was said in the final debate of the 2016 presidential campaign. Moderator Chris Wallace attempted to lead the candidates through an issue-oriented discussion—even as the Trump and Clinton wrangled over who was “the puppet” of Vladimir Putin.

But the essential takeaway from the night, and from this troublesome campaign, was Trump’s response to Wallace’s question about how the billionaire might deal with the defeat that polls suggest he is likely to face on November 8.

Noting Trump’s frequent complaints in recent days about a “rigged election,” Wallace asked a question for which the candidate had to have prepared.

"He is denigrating, he is talking down our democracy." —Hillary Clinton on Donald Trump

“Mr. Trump,” Wallace began, “I want to ask you about one last question in this topic. You have been warning at rallies recently that this election is rigged and that Hillary Clinton is in the process of trying to steal it from you. Your running mate Governor Pence pledged on Sunday that he and you, his words, will absolutely accept the result of this election. Today your daughter Ivanka said the same thing. I want to ask you here on this stage tonight do, you make the same commitment that you will absolutely, sir, that you will absolutely accept the result of this election?”

Trump could have said that he expected to do just that. He could have offered a tutorial regarding the process and indicated that he would accept the results unless the election proved to be so close that a recount was required—in which case he could have explained the steps that he would take to assure that calm would be maintained during the period of review. He could have phrased his answer in many ways to signal his respect for the process—and for a standard of political behavior that dates back to the first years of the republic.

But Trump did nothing of the sort.

Then the candidate began to tick off the falsehoods that he might employ in order to try and discredit a result that he appears to be temperamentally incapable of accepting: “What I’ve seen, what I’ve seen is so bad. First of all, the media is so dishonest and so corrupt. And the pile-on is so amazing. The New York Times actually wrote an article about it, that they don’t even care. It’s so dishonest. And they have poisoned the minds of the voters…”

Trump raged on, repeating discredited right-wing talking points about “millions of people that are registered to vote that shouldn’t be registered to vote,” griping some more about “the corrupt media” and concluding with a rant about how Clinton “should never have been allowed to run for the presidency based on what she did with e-mails and so many other things.”

Finally, Wallace made the essential intervention.

“Sir,” the moderator began, “there is a tradition in this country, in fact one of the prides of this country is the peaceful transition of power. And that no matter how hard fought a campaign is, that at the end of the campaign, that the loser concedes to the winner. Not saying that you’re necessarily going to be the loser or the winner. But that the loser concedes to the winner, and that the country comes together in part for the good of the country. Are you saying you’re not prepared now to commit to that principle?”

“What I’m saying is I’ll tell you at the time,” Trump responded, almost gleefully. “I’ll keep you in suspense, okay?”

That was, as Clinton noted, a “horrifying” statement.

The Democratic nominee suggested that what might be even more horrifying was the prospect that, in rejecting the basic premises of American democracy, Trump was just being Trump.

“Every time Donald thinks things are not going in his direction, he claims whatever it is is rigged against him,” she began, recalling that

The FBI conducted a year-long investigation into my e-mails. They concluded there was no case. He said the FBI was rigged. He lost the Iowa caucus. He lost the Wisconsin primary. He said the Republican primary was rigged against him. Then Trump University gets sued for fraud and racketeering. He claims the court system and the federal judge is rigged against him. There was even a time when he didn’t get an Emmy for his TV program three years in a row and he started tweeting that the Emmys were rigged.

At that point Trump interrupted, as he frequently did through the evening, to gripe about the Emmy that was denied him.

“Should have gotten it,” he said.

That glib interjection by Trump confirmed what Clinton was saying: “This is a mind-set. This is how Donald thinks. And it’s funny, but it’s also really troubling.”

Whether he knew it or not, Donald Trump had just handed Hillary Clinton an opening that has never before been afforded a participant in an American presidential debate. And she seized it.

Speaking of Trump’s “keep you in suspense” approach to the election, she said: “[That] is not the way our democracy works. We’ve been around for 240 years. We’ve had free and fair election. We’ve accepted the outcomes when we may not have liked them. And that is what must be expected of anyone standing on a debate stage during a general election.… Let’s be clear about what he is saying and what that means. He is denigrating, he is talking down our democracy. And I for one am appalled that somebody who is the nominee of one of our two major parties would take that kind of position.”

And, by every historic and contemporary measure, they are disqualifying.