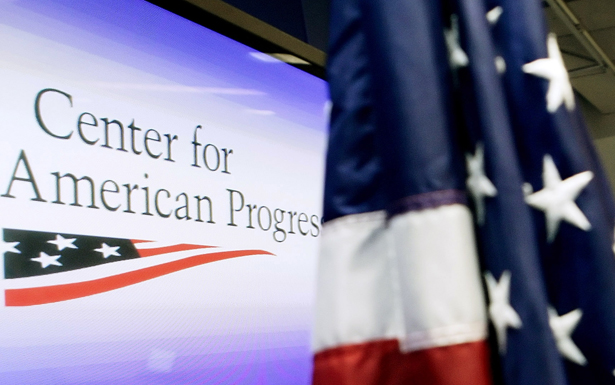 On October 24, two institutions held parties to celebrate their birthdays: Dissent, the quarterly journal of democratic socialism, was turning sixty, and the Center for American Progress, the center-left Washington think tank, turned ten. The two have little in common except that American liberalism is fortunate to have both in its bullpen.

“When intellectuals can do nothing else, they start a magazine,” Irving Howe observed of Dissent’s founding. The fact of so under-financed and under-circulated an intellectual journal surviving without institutional support is a kind of miracle. Looking back, it’s hard to see just what market niche Howe and co-founder Lewis Coser thought they had identified when, in the magazine’s first issue, its founders promised to “reassert the libertarian values of the socialist ideal.” America was hardly on the cusp of moving toward socialism of any kind sixty years ago, and it has only moved further in the opposite direction in the years since.

Dissent’s particular brand of socialism has always been rather oblique. In issue two, readers learned that it was “the name of our desire.” In fact, Dissent’s job for the past sixty years has been less to offer a vision for American socialists and other utopians—though it has certainly tried—than to provide a dose of hard-headed realism to those on the left who prefer simplistic ideological declarations to the “steady work” (as Howe called it) of advancing the twin causes of democracy and economic equality.

For six decades, and always on a shoestring, Dissent has managed to maintain its belief in the possibility of a better world without succumbing to the temptation of making the perfect the enemy of slight improvement. In exchange for this, it has tended to be the butt of jokes—most famously Woody Allen’s in Annie Hall—but its editors and contributors succeeded, almost alone, in keeping alive a crucial flame that might have been extinguished by an epidemic of craziness that overtook intellectuals in the late 1960s. Partisan Review was imploding under the pressure of its outsize personalities, Commentary was converting to neoconservatism under radical-turned-firebreathing-reactionary Norman Podhoretz, and The New York Review—which recently celebrated its fiftieth birthday—was undergoing a (thankfully) brief, irresponsibly radical stage with the publication of a picture of a Molotov cocktail on its cover.

Dissent’s refusal to hop on the bandwagon of hip was most memorably illustrated by a now-famous meeting between, on the one hand, Howe, budding political philosopher Michael Walzer and others from Dissent; and, on the other hand, Tom Hayden, Todd Gitlin, Paul Booth and Paul Potter, representing Students for a Democratic Society. In the meeting, the old farts of democratic socialism sought to warn the young guns of the New Left about the dangers they faced when combining naïveté about Stalinism with romantic notions of revolution. The SDSers could not understand why these old farts were going on and on about the USSR when none of them even took it seriously. (Who after all besides, say, Gus Hall—and maybe Alexander Cockburn—still supported the Soviet Union?) As it happens, these organizations did eventually split into splinter groups that fought one another over which represented the purest brand of communism. (Some even devolved into terrorism.) The old farts, it turned out, had been prophetic, if impatient and patronizing. Howe, who died in 1993, was assisted and eventually succeeded by Walzer, who this year turned the job over to Georgetown historian and occasional contributor to these pages, my good friend Michael Kazin. He appears to have succeeded in attracting new and unusually young blood to the magazine’s small staff—thereby, one hopes, consigning such unpleasant generational clashes to the dustbin of history.

If Dissent lives largely in seminar rooms, labor meetings and church basements, the Center for American Progress—where I have been a senior fellow and the author of its weekly “Think Again” column since its inception—carries its battles directly into the swamps of the Washington punditocracy and policy community. Before CAP was founded, members of the mainstream media felt free to ignore the center left in their typical “he said/she said”–style reporting. As a result, the extremely well-funded but frequently full-of-shit ideological posturing masquerading as policy analysis put out by groups like the Heritage Foundation and the American Enterprise Institute “on the right” were posed alongside the politically cautious, deliberately “balanced” reports of the Brookings Institution and the Carnegie Endowment for International Peace “on the left.” And despite the fine work put out by the labor-funded Economic Policy Institute, among a few others, genuine progressives—despite representing the views of the majority of Americans in most cases—often enjoyed no voice whatsoever.

CAP’s founding not only provided the missing voice; it demonstrated the fundamental difference between right and left. Not only is CAP’s research intellectually solid; it has proved independent of the interests of the Democratic Party. In 2011, for example, as Jonathan Cohn notes in The New Republic, “CAP blasted an EPA rule on ozone that environmentalists saw as a gift to the oil industry.” This is in decided contrast to Heritage, for example, to which CAP is often ignorantly (or perniciously) compared by those addicted to the drug of false equivalence.

What’s more, under John Podesta, succeeded by Neera Tanden, CAP from its beginning has navigated the potentially crippling divide between liberalism’s old farts and young guns when the conflict over tactics threatened to undermine what should be an alliance of shared values—no small achievement, as more than a few old Dissent-niks could tell you.