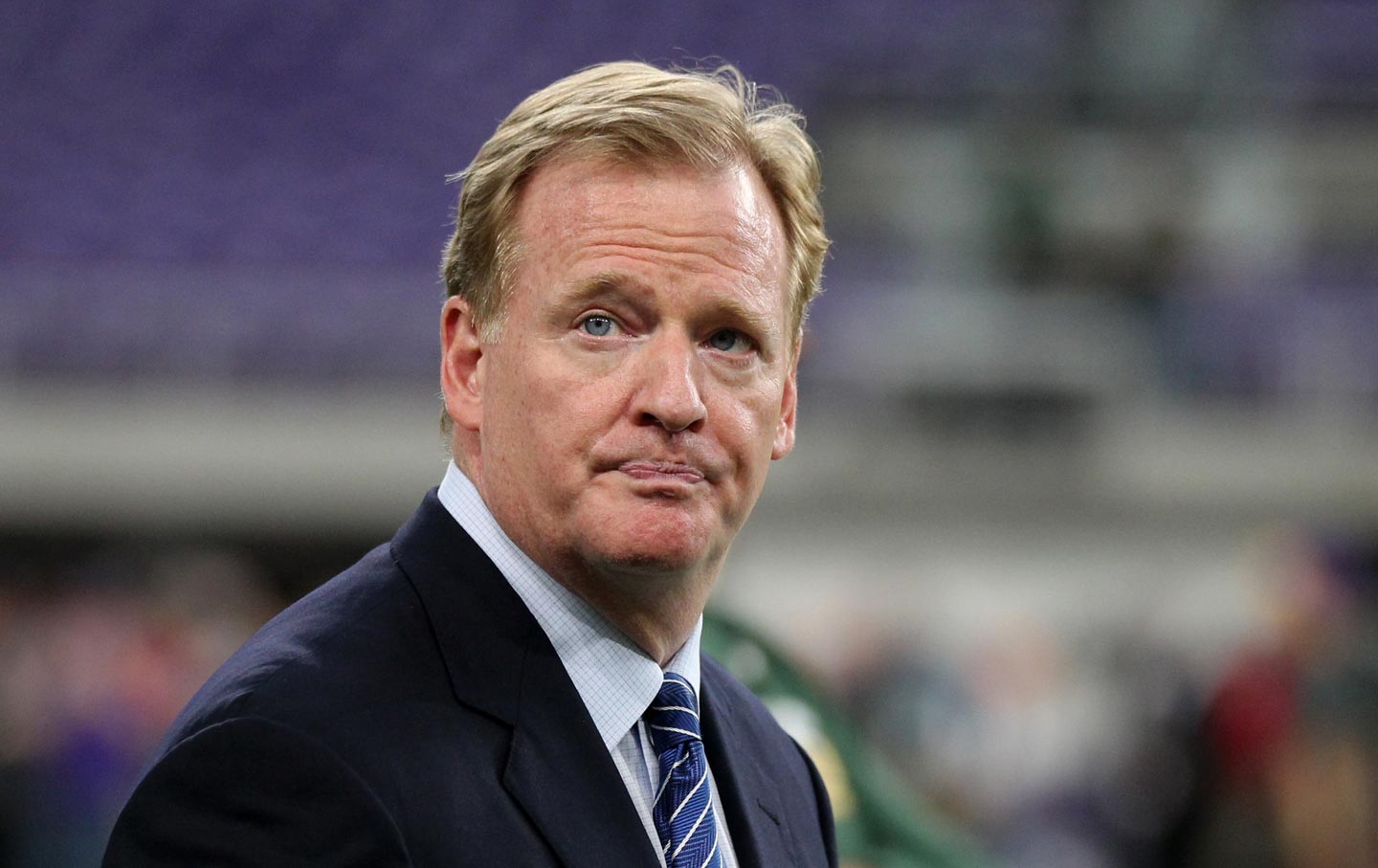 As I recently wrote, NFL Commissioner Roger Goodell has come under fire for disavowing his own domestic-violence policy to shield now-former New York Giants kicker Josh Brown. One aspect of the story that has escaped attention is what happened after the NFL’s private investigation force called Josh Brown’s wife, Molly Brown, to get more information about the several dozen instances of abuse that she survived in their home. Molly Brown was so shaken by the interaction with these investigators that she notified the police.

According to the trove of documents about the case released to the press, Molly Brown received a call from T&M Protections on May 29, 2015. As Timothy Burke of Deadspin wrote:

T&M Protection is the NFL’s go-to source for private investigators on these cases; Lisa Friel, the league’s senior vice-president in charge of investigations, is a former T&M Protection VP. The league has retained T&M as its private security squad since 2014.

Friel is also the former head of the Sex Crimes Prosecution Unit in the New York County District Attorney’s Office.

In the phone message, T&M stated their desire to speak to Molly about her “allegations” and asked if they could meet her privately to speak about “our policies in place.”

I have not called back because I have no idea if this is a real thing or just a reporter, or if it is something that could possibly hurt me. I just know I got a very nervous feeling listening to the voicemail.

This is deeply disturbing. After Roger Goodell’s vile handling of the Ray Rice domestic abuse case in 2014, including actions that included bringing both Ray and Janay into his office so she could plead for his job, there was supposed to be a change. Goodell did a great public-relations show of hiring “three senior advisors”—all women—“to help lead and shape the NFL’s policies and programs relating to domestic violence and sexual assault.”

Goodell wrote in a public memo:

Because domestic violence and sexual assault are broad societal issues, we have engaged leading experts to provide specialized advice and guidance in ensuring that the NFL’s programs reflect the most current and effective approaches.

It is difficult to imagine that anyone who has any experience with these issues would have recommended approaching Molly Brown to discuss talk about “allegations” amid a live police investigation. It is difficult to understand how anyone with any credibility in the community of people who work on this issue can stay with the National Football League after this revelation.

The reality is that the NFL employs a community of former Secret Service and FBI agents whose job is protecting the image of the league first, its players second, and then—very low on the list—the lives of family members of NFL players who are victimized when the violence doesn’t stay on the field. As King County detective Robin Ostrum wrote in her follow-up report about the Brown case:

Molly was very upfront that in her experience: the NFL publicly says that they have a no tolerance policy on domestic violence, but the reality is that they do more crisis management and look to cover things up.

We asked the NFL for comment but they declined. If that changes, we will add their response to this piece. If the NFL is trying to bully survivors into silence, as it rather baldly appears, then they have learned less than nothing in the last two years.

Roger Goodell needs to find another line of work where he can do no harm—a whoopee-cushion tester or something on that level—and the league needs to start over from scratch. I’ve long argued, after speaking to domestic-violence counselors, that “no tolerance” policies are not a solution because they can incentivize survivor silence. But ignoring or bullying those reaching for help is not only bad for the league’s image, it’s shockingly amoral.

NFL owners got it wrong two years ago when they chose profiteering over firing Goodell and getting a decent steward in the office of the commissioner. Now the league is in a ratings crisis and it’s not because of NFL players kneeling for the anthem. It’s because there is no one minding the store, and this entire Josh Brown imbroglio– for frustrated fans, players, and coaches, is just more evidence.