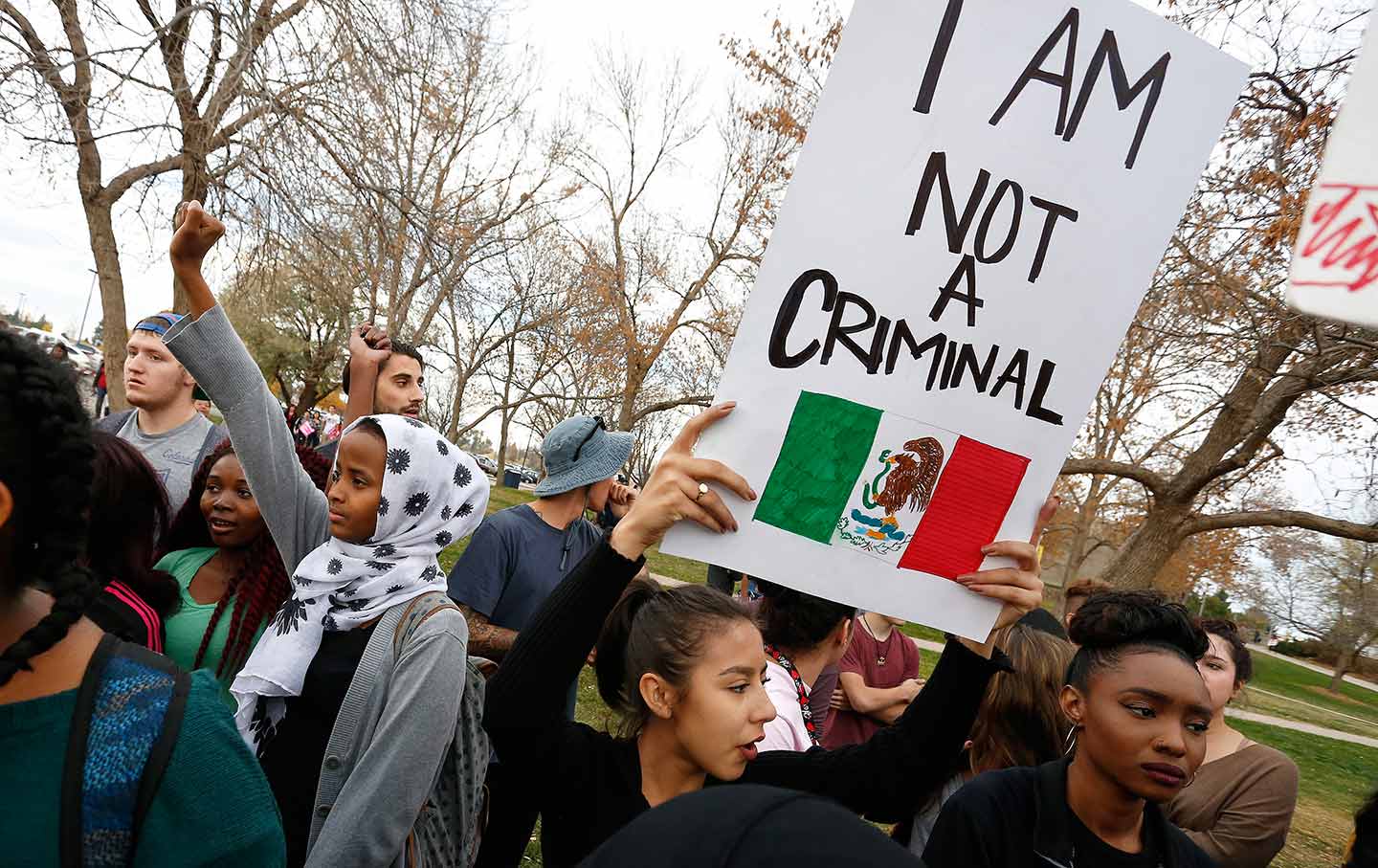 On Tuesday, Donald Trump is expected to deliver his brutal austerity agenda in a Joint Address to Congress. Savvy House Democrats are planning a show of solidarity that represents a human—and humane—response to Trump’s first presidential address to the House and Senate.

Members of Congress can bring guests to the speech, and key Democrats are announcing that they will use the moment, in the words of a statement from New York Congressman Jerry Nadler’s office, “to demonstrate the importance of inclusion and equality” by welcoming guests who “have overcome discrimination and made positive contributions to society, exemplifying the ideals of our great nation.”

Nadler has invited Martin Batalla Vidal, a recipient of the Obama administration’s expanded Deferred Action for Childhood Arrivals (DACA) protection for immigrants who entered the country as minors and seek to remain. Batalla Vidal, who came to the US from Mexico when he was 7 years old, has joined legal battles to defend immigrant rights and the young DREAMers who adopted an acronym for the proposed Development, Relief, and Education for Alien Minors Act to identify their movement to complete their education, work for a living, and stay in the United States.

Last year, when a judge in Texas issued an unlawfully broad injunction in a case challenging expanded DACA protection, Batalla Vidal sued, with the help of Make the Road New York, the National Immigration Law Center, and the Worker and Immigrant Rights Advocacy Clinic at Yale Law School.

“When I first filed for DACA, I was excited to get a three-year work permit and move forward with my life,” said Batalla Vidal, who at the time was 25 and who is studying to be a medical assistant. “That was taken away by one judge in Texas, and it’s not fair for me and for thousands of others affected.” Colorado Congressman Jared Polis has invited DACA recipient Oscar Juarez-Luna, another of the 1.3 million youths across the country who received a deportation exemption under DACA.

Trump has sent mixed signals about how he will approach the DACA program. But the president is targeting many immigrants for deportation.

Congressional Progressive Caucus vice-chair Mark Pocan, D-Wisconsin, will be joined by Lupe Salmeron, a Dreamer who is studying at Edgewood College in Madison. “This year, President Trump’s Joint Address to Congress gives us an opportunity to highlight intelligent, passionate immigrants, like Lupe, who make our communities a better, stronger place,” said Pocan. “Trump has used the presidency to spread lies, fear and hatred about immigrants. It’s important to share Lupe’s story and highlight the many positive contributions immigrants make to our communities. I am extremely impressed by Lupe’s experiences and her drive to engage in issues affecting immigrants in Wisconsin and across the country.”

Salmeron was born in Mexico City and immigrated to Wisconsin from Mexico 12 years ago. A graduate of Madison’s East High School, where she was class president, Salmeron says, “As an undocumented immigrant, I’ve always felt safe growing up in Madison, but since the election President Trump has opened up a whole new world of fear among immigrants. You just don’t know how his policies or his words will change people’s minds and affect your daily life. I’m honored to attend the Joint Address to Congress and speak out on behalf of the experiences of undocumented immigrants.”