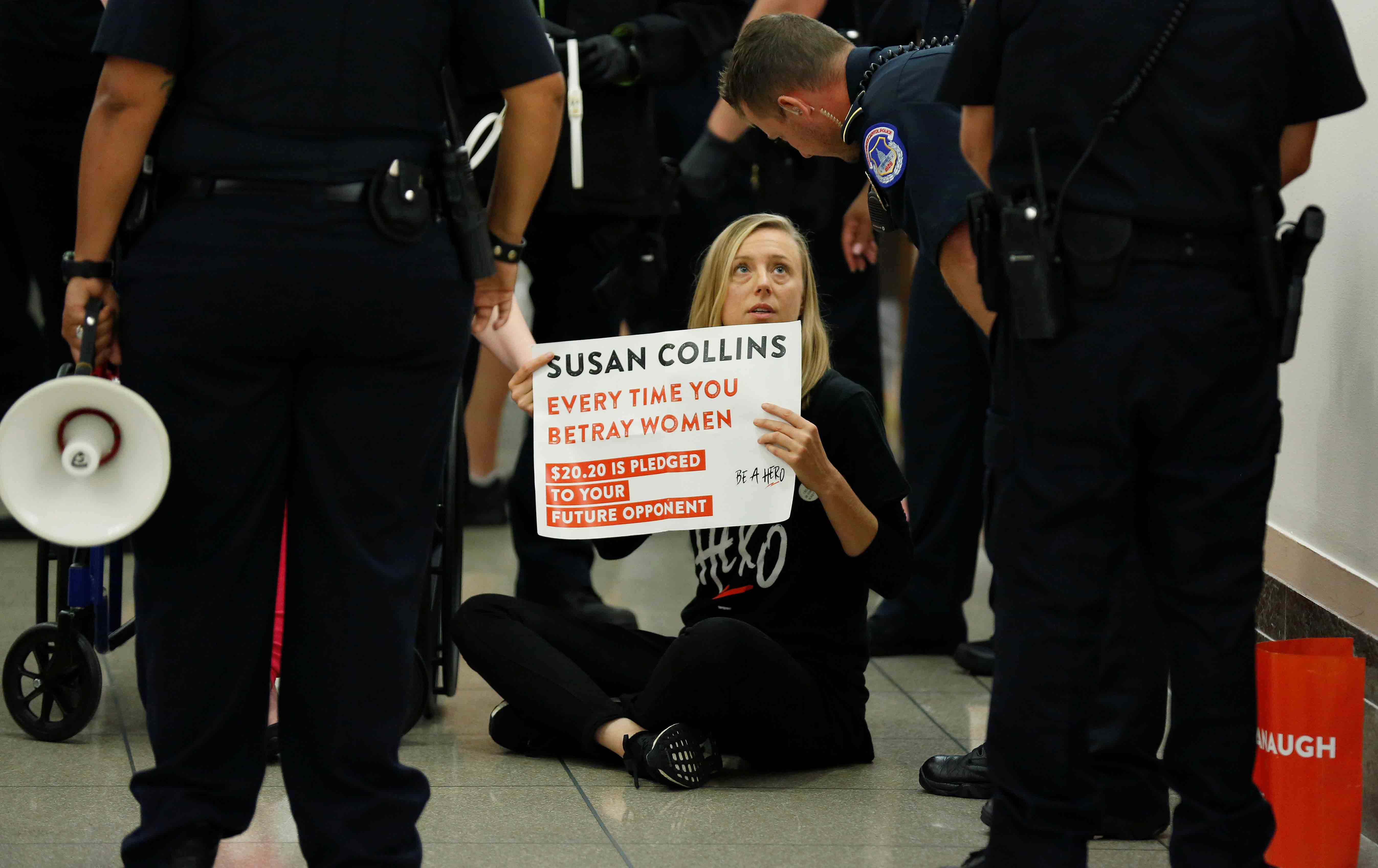 A demonstrator is arrested during a protest against US Supreme Court nominee Brett Kavanaugh in front of Senator Susan Collins’s office in 2018. (Reuters / Joshua Roberts)

What are you looking for in a presidential candidate? I want someone with fresh proposals on health care or the environment, you might say. A track record that testifies to experience and effectiveness. Or you might say: Listen, I’m just looking for anyone who can defeat Donald Trump in 2020. Whatever your position, you’re likely to have already gotten into spirited conversations about it with family and friends. And as the race for the Democratic nomination heats up, the debate has become increasingly acrimonious. In fact, it’s threatening to turn into a search for a savior.1

This search manifests itself in two ways. The first is the belief that electing the right person will result in immediate solutions to the multitude of systemic problems that plague the country. If only we had the perfect person in the Oval Office, the thinking goes, then we would finally be able to fix our disastrous health-care system, or take serious action on global warming, or counteract the rightward shift of the Supreme Court. But this thinking runs counter to the reality that each president inherits problems from the previous administration, as well as constraints or even obstruction from the legislative branch.2

It wasn’t so long ago that a Democrat who was viewed as a savior by millions was elected president. Among other things, Barack Obama promised a public health-care system and an end to the wars in Afghanistan and Iraq. What he delivered instead were Obamacare, limited engagement in Iraq, and a continuation of the war in Afghanistan. No matter what a candidate may promise, the reality is that he or she will have to work with a Congress that is unlikely to share his or her agenda. We ought to take our experience with Obama into account: Spending all of our energies on the presidency—while neglecting Congress—will not result in effective or systemic change. Republican Senate majority leader Mitch McConnell will be up for re-election in Kentucky. So will Senators John Cornyn in Texas and Susan Collins in Maine. Martha McSally is trying to keep her appointed Senate seat in Arizona. Working on those races will be every bit as important as working on the presidential election.3

The second manifestation of saviorism is the belief that only one candidate in the current field of 19 is any good and that skepticism about, or even scrutiny of, this candidate is, at best, ill-advised and, at worst, tantamount to heresy. Recently, for example, South Bend, Indiana, Mayor Pete Buttigieg came under fire for remarks he made in 2015 suggesting that, in addition to racial bias in the criminal-justice system, people needed to take seriously the risks that police officers face when doing their jobs, because “all lives matter.” He claimed he didn’t know the phrase had been used as a right-wing counter-slogan to “black lives matter.” When I expressed doubt on social media that a mayor who speaks several languages and runs a city where a quarter of the population is black could really have been so out of touch about the phrase, I met with furious responses from his supporters, including one who told me, “Democrats are going to eat each other alive and let Trump stick around for 4 more years.”4 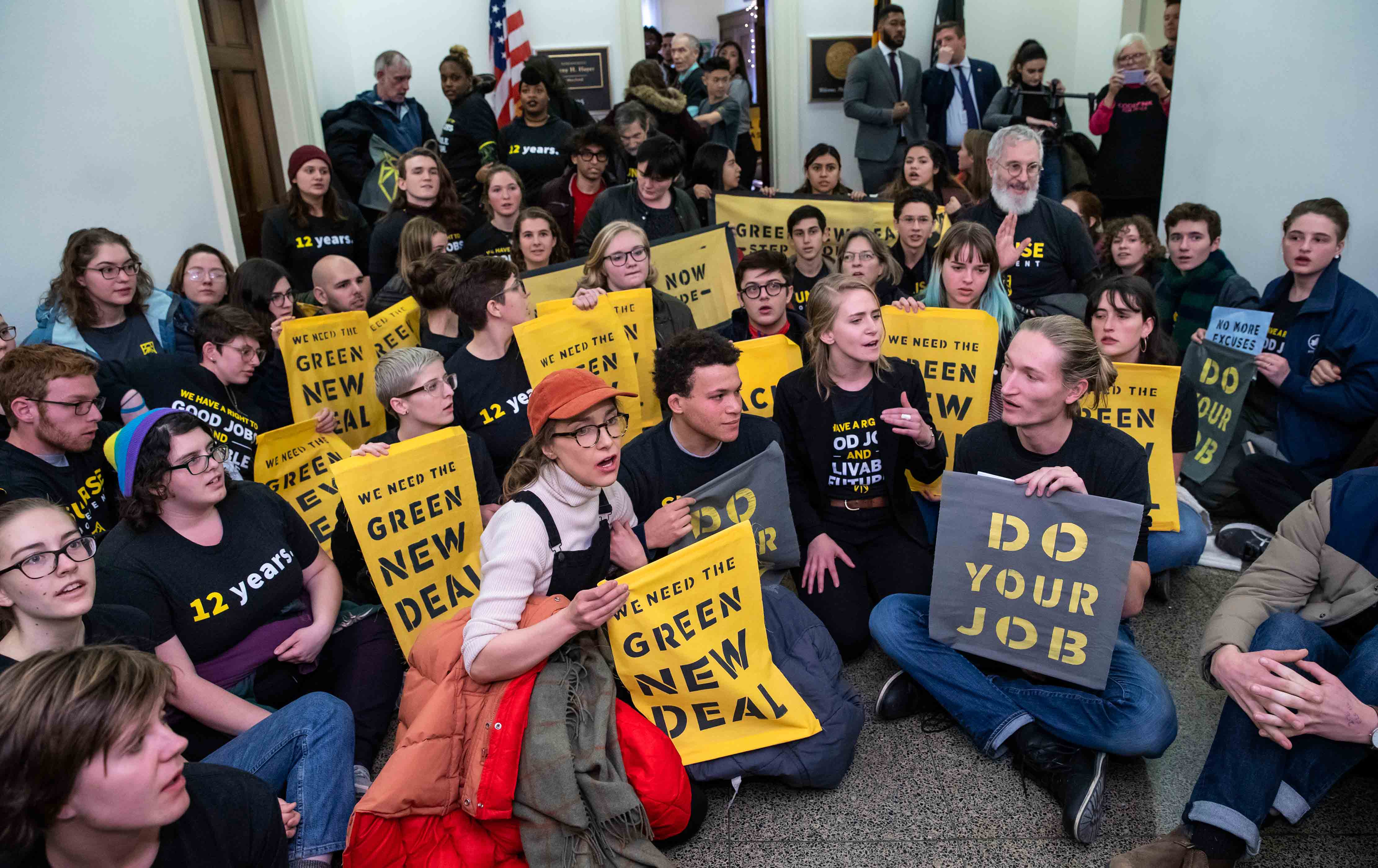 A different interaction with a Bernie Sanders supporter led to a similar overreaction. After I suggested that Sanders should release his tax returns, one of his admirers flippantly replied, “The world will be a better place when America elects someone who votes to make rain water private and bombs the shit out of Palestine but who does release their tax returns.” Rather than placing the onus on presidential candidates to show that they don’t have conflicts of interest and won’t enrich themselves from the office, this superfan chose to view my demand as a tacit disregard for concrete policy matters. This person seemed unaware that I supported Sanders in the 2016 primaries and likely had a similar set of goals. But the moment I dared to criticize the candidate, I was disparaged.5

I like passionate supporters—heck, I’m passionate about Elizabeth Warren—but when I hear reactions like this, I wonder what these supporters think will happen if their candidate wins the Democratic nomination and faces Trump in the general election. Do they expect that he or she will be shielded from criticism? Do they think the GOP will not exploit any flaws, real or imagined, to their fullest? Politicians are neither saints nor saviors; they are fallible human beings who have ambition, political agendas, and a range of policy ideas that may or may not work for the country. The very purpose of the primaries is to learn about the candidates, scrutinize their records, and choose the best one to face the incumbent.6

Whatever happens in 2020, expecting transformative change from the top is a recipe for disappointment. If Democrats want to deliver on their big promises, they have to work on the small ones first. Last month, for example, I attended a fund-raiser for the Virginia House of Delegates’ Danica Roem. As far as political events go, this one wasn’t huge or loud or flashy. It was simply an opportunity to hear from Roem, who made history in 2017 as the first trans woman to be seated in a statehouse—and who did so by defeating a 26-year GOP incumbent who has called himself Virginia’s “chief homophobe.” Her winning strategy? Focusing on the needs of her district, specifically traffic issues on State Route 28. It’s this unglamorous work that we need to be doing if we want to have any chance of making serious change.7

Let’s leave salvation to the prophets and work on saving ourselves. And that begins by treating our candidates like the public servants we expect them to be.8