The Democratic presidential contenders who will debate this week in this city have come to a state where their party’s “blue wall” cracked in 2016. Hillary Clinton won the national popular vote by 2.9 million ballots, but Donald Trump secured the presidency after three states with long histories of backing Democratic nominees (Michigan, Wisconsin, and Pennsylvania) gave the Republican their Electoral College votes. The narrowest of these three narrow wins for Trump came in Michigan, where he led by just 10,704 votes. That 0.23 percent margin was the closest of any state in the country.

No wonder, then, that Democrats who are looking to 2020 have focused on Michigan in general and Detroit in particular. They have read the assessments from groups such as the National Committee for an Effective Congress, which in an analysis based on initial results from four years ago explained that “In 2016, major-party turnout in Wayne County declined by 64,357 votes when compared to the last presidential election. In 2012, President Obama won 595,846 votes, 78,824 more than Clinton in 2016. Moreover, he carried the county by 382,000 votes, while Clinton’s margin was only 288,709—a drop-off of more than 93,000 votes. There is no question that the decline in Detroit/Wayne County turnout was instrumental in Clinton’s Michigan loss, marking the first time since 1988 that a Republican presidential candidate won the state.”

There were other factors, involving voter suppression and strategic choices made by the Clinton and Trump campaigns. But there is no question that Democrats need to place an emphasis on mobilizing Detroit voters as they look to 2020. That’s one of the reasons the candidates will debate here on Tuesday and Wednesday nights.

But what’s the best way to reach out to Detroiters? The Democrats can start by getting serious about urban policy. Both major parties once focused on the concerns of American cities, but in recent decades they have chased after suburban and exurban voters with such abandon that they have often neglected the beating hearts of our metropolitan areas.“There needs to be an urban agenda as part of this campaign,” Sheila Cockrel, a former Detroit City Council member who is now the CEO of the group Citizen Detroit, told The Detroit News this week. “When’s the last time you heard anything about an urban agenda? That’s become a swear word in Washington.”

With a Republican president attacking the country’s great cities—not just Baltimore but Atlanta and Tallahassee and other communities that have elected African American leaders—the Democrats have an obvious opening to speak up for urban America. They can begin by recognizing that one of their number, New Jersey Senator Cory Booker, is right when he says Trump’s recent attacks on House Oversight Committee chair Elijah Cummings and the city of Baltimore have created “a moral, defining moment in America.” Booker says that “silence is toxic complicity,” and it is likely that the Democratic debaters will join him in calling out Trump’s racism. 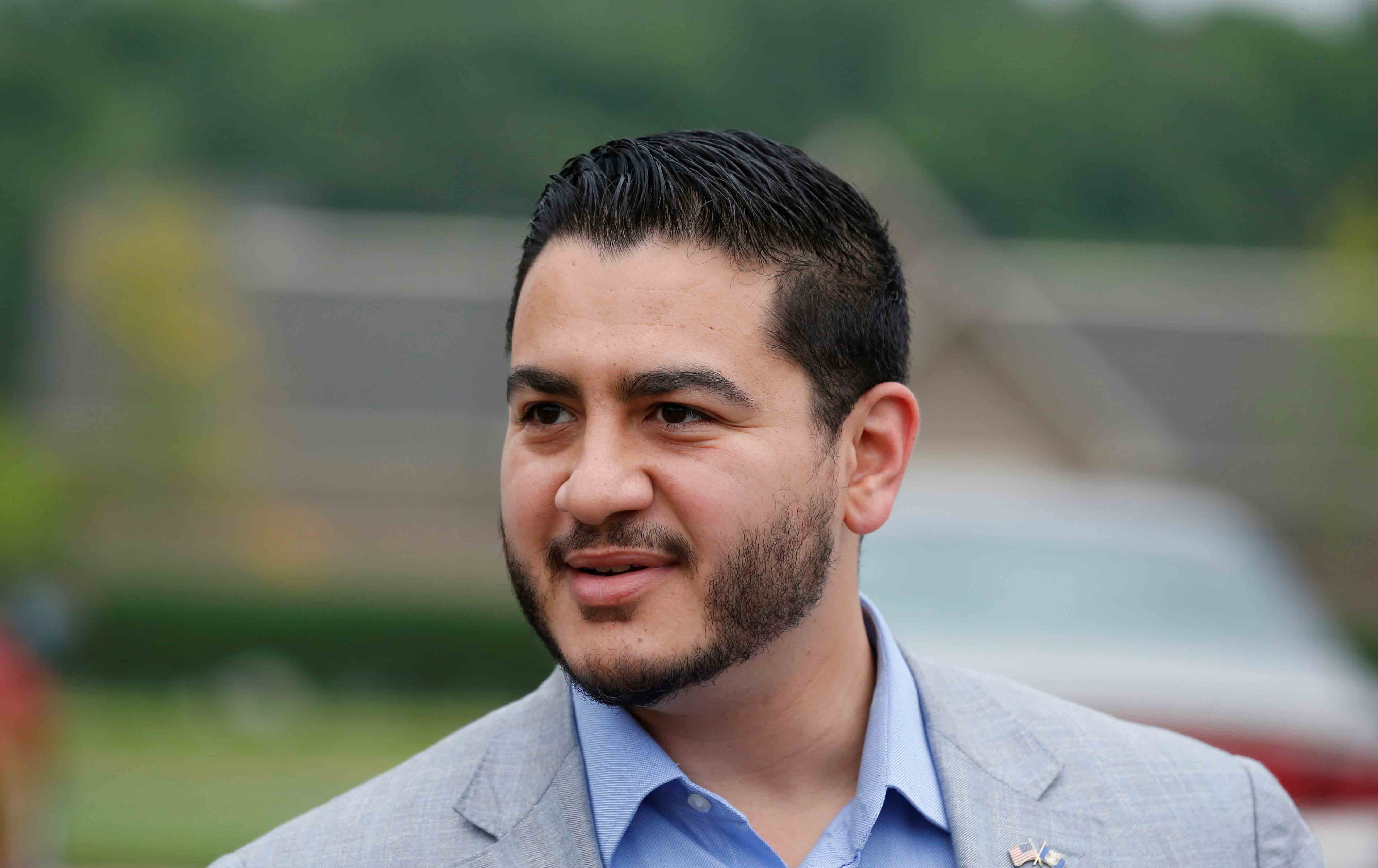 That call will be heard by the people of Detroit, an overwhelmingly African American city that has suffered more than its share of attacks by Republican politicians. The candidates should be blunt, says Dr. Abdul El-Sayed, a former executive director of the Detroit Health Department who mounted a progressive bid for the 2018 Democratic gubernatorial nomination in Michigan.

“We have this sort of reticence to talk about the obvious racism that is coming out of this president because we feel like somehow it’s going to alienate these stereotypical Midwestern white voters,” argues El-Sayed, a Muslim doctor who notes that his father was an immigrant from Egypt while his stepmother was a native of Gratiot County in central Michigan. “As somebody who’s got family from both sides of that divide, I can tell you we do ourselves no service if we fail to call a fact a fact. This president is racist. He has appealed to a sense of racism that he is trying to use to animate his base. And we’ve got to call that out, right? Because when communities of color see their candidates missing that point, it seems like [the candidates are] not paying attention.”

At the same time, El-Sayed says, outreach to urban centers must be about more than simply opposing Trump. A Rhodes Scholar who has taught and written extensively about public policy and who is now mentioned as a possible cabinet member in the next Democratic administration, he has some advice for the 2020 candidates.

To mobilize voters, El-Sayed says, it is necessary to listen to them, and to develop programs that extend from what people in cities such as Detroit say they need. El-Sayed has done that as a city official and as a candidate who—though he lost to Gretchen Whitmer (who went on to win the governorship)—ran a race that electrified progressives in Michigan and gained almost 350,000 votes. “Don’t talk, just listen. People will tell you what they want to hear and what they want their president to be paying attention to,” he says. “But having done that for about two years, I can tell you that there are a couple of issues that definitely come to mind.” To wit (emphasis added):

“The first is that Medicaid expansion was a huge deal for Detroiters, and yet there are still upwards of 10 percent of Detroiters who don’t have access to health care. The candidate who is going to solve that problem for Detroiters is the candidate they’re going to pay a lot more attention to. And so folks talking about, well, ‘everybody loves their private insurance’ are missing the point that folks in places like Detroit and a whole bunch of rural communities across this country don’t have private insurance. They aren’t that privileged.

“The second issue is that this is a state that is defined by its fresh water, and yet Detroit has some of the highest rates of water shut-offs. That’s not a water problem. We have water. It’s an infrastructure problem. So candidates need to be serious about solving that.

“A third issue is that we’ve got to get right about drug policy. That means two things to me: Number one, you leave Detroit and you go just a couple of miles and you’re in places that are the epicenter of the opioid epidemic, and it is coming to places like Detroit, too. We’ve got to get real serious about rebuilding our mental health infrastructure. But more importantly, we’ve got to appreciate that the last time we had a serious epidemic, it was crack, and it devastated communities like Detroit. And we tried to fight it with a war on drugs that ended up becoming the on-ramp to the mass incarceration that we face right now. So we’re serious about destigmatizing drug use. That means breaking down the institutional stigma of drugs from the ’80s and ’90s and addressing this system of mass incarceration that is devastating communities.

“Then, of course, let’s be clear about the economy. You know, people point to this idea that we’re in one of the greatest economic upturns in history, except we’re looking at the wrong metrics. Unemployment [rates’ being down] is fine, but when everybody is underemployed, it doesn’t really matter that much. And right now too many folks in places like Detroit and Flint and in rural communities are employed, but they are underemployed. They are not able to earn enough to afford the basic needs of a dignified life, and that’s a serious issue.

“And the last point I’ll say is just housing. You know, we take for granted the fact that the house is the place that you build your life out of. And we’ve got a foreclosure epidemic in the city of Detroit that’s driven by this huge land speculation on the part of huge corporations that are given sweetheart deals to come into the city and ‘develop’ that two square miles of downtown and midtown but then change property values in ways that leave folks in the community having to pay exorbitant tax rates. And the money that was intended to go into helping them not get foreclosed is being used to tear down houses in ways that are just [increase] land values and drive that corporate speculation.

“Those are some of the issues that Detroiters talk about and issues that I think the candidates would be wise to pay attention to.”

It is true that some of these issues are distinct to Detroit. But most of them speak to the concerns of voters in cities across the United States. Savvy candidates will recognize that many of the challenges cities such as Detroit face are not so different from the challenges faced by Milwaukee and Philadelphia and other communities that have been battered not just by deindustrialization and the decay of infrastructure but by backward-looking responses to those challenges.

“If we know that the approach that Donald Trump has taken, which is this sort of brute force bring-the-jobs-back approach, is a failure—it was a failure in theory and it’s becoming an even worse failure in practice—then we’ve got to ask ourselves what it means to build the industries of the 21st century. And I think a lot of the focus right now can be on what are the industries of the future,” says El-Sayed, who explains that

“This is why I support so strongly the idea of a Green New Deal. People will think about it as simply a climate policy, but it’s not. It’s a climate and jobs policy and a racial equity and justice policy because what it does is it reignite the potential of a lot of these communities to build up the infrastructure that we’re going to need to tackle climate change. Those communities are places like Detroit, right? It’s about bringing those factories back to life to build the kinds of things that American ingenuity should have moved on to a long time ago, but we didn’t because we were so stuck trying to protect the economy of the past.”