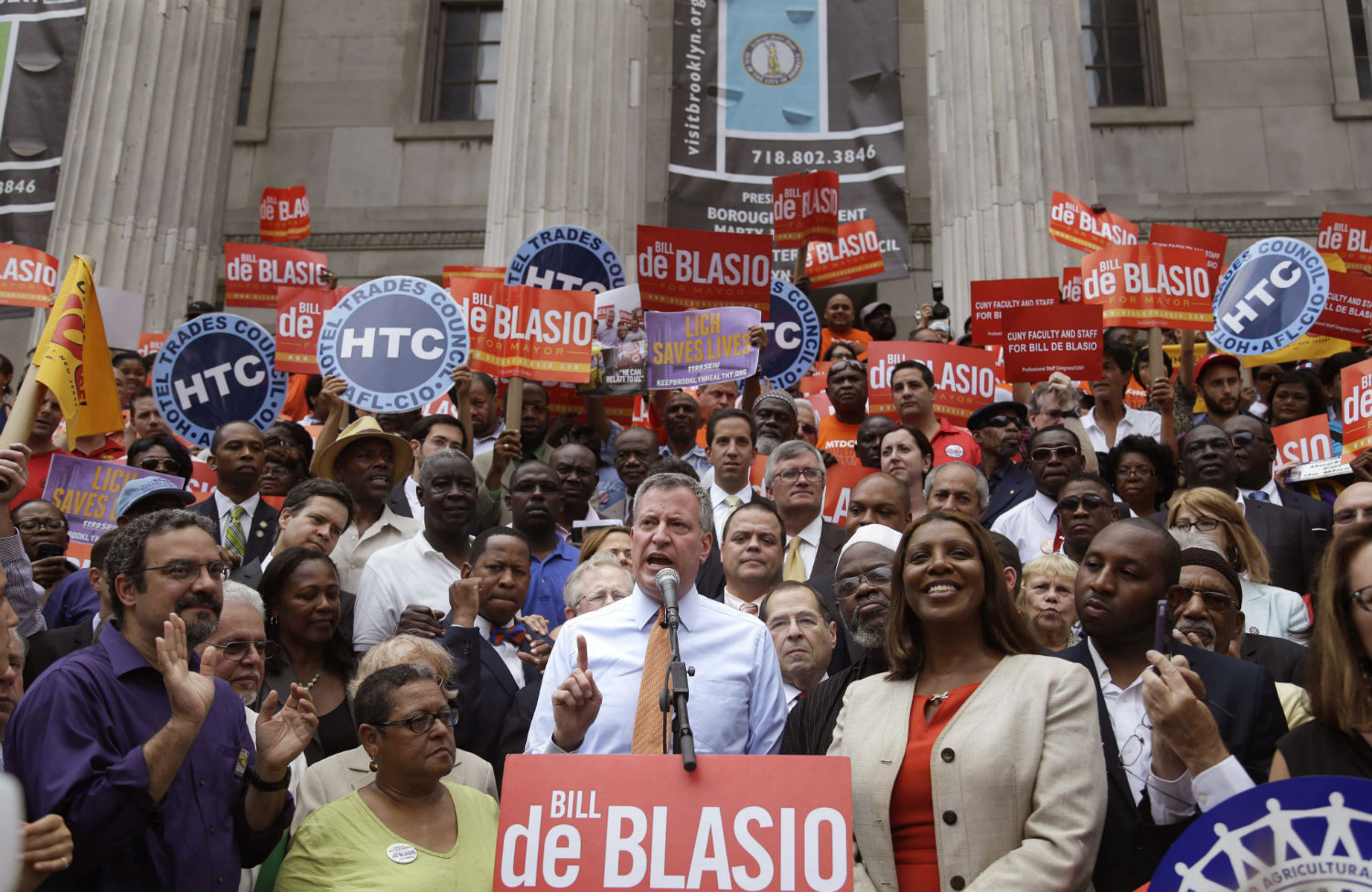 If Bill de Blasio had built his mayoral campaign around a promise to reduce crime, we’d simply tally up the number of murders, rapes, assaults and other offenses in a year or two to see whether he was succeeding or not. If he’d campaigned on a vow to improve schools, we could (with caution) look at test scores or graduation rates.

As it turns out, de Blasio chose a bigger, more amorphous target: inequality. Unlike former Mayor Bloomberg, who committed to reducing homelessness by two-thirds and to substantially reducing poverty (he failed on both counts), de Blasio never made a specific promise of how much he would reduce inequality. But he did vow to reduce it, and to hold him accountable, we need to come up with a consistent way to measure progress against inequality. So I asked a group of policy experts—some of whom are involved in the transition and couldn’t be quoted by name—to suggest how to track de Blasio’s impact.

The most common and compelling way to measure inequality is to look at how much income flows to the top 1 percent, or how income is divided among income quintiles—the top fifth, the bottom fifth and the three fifths in between. These measures capture the incredible concentration of wealth at the top of the the income scale over recent decades. Statistics in this vein provided the talking points for the Occupy movement and the sentiments into which de Blasio’s campaign tapped.

But interestingly, none of the experts I surveyed thought these measures were the best ones to judge de Blasio by. Reporting lags were one reason. Another was that those statistics can reflect social changes other than the interplay between the haves and have-nots. For instance, Detroit has less income inequality than New York, but that’s not because it’s a workers’ paradise. Furthermore, while redistribution through the tax system can have some effect, city policy is unlikely to do much about the share of income the top 1 percent gets; Wall Street bonuses and corporate compensation packages are what moves that needle.

But here are some other ways we can measure whether de Blasio’s mayoralty measures up:

1. Number of workers earning a living wage. Across the political spectrum in New York there is a consensus that the economy has generated a huge number of low-wage jobs over the past decade, and that that’s a problem. There’s a lot of disagreement about how to address that problem, but a measure that looked at how many of the city’s workers are earning enough to get by would capture how much progress de Blasio made at reversing this signature trend of the Bloomberg years. Related measures could look at the evolution of after-tax household income, because this would encompass the impact of tax credits.

2. Rent burden. Tracking the share of New Yorkers who spend more than 30 percent (the recommended proportion) or 50 percent (true panic level) of their income on housing would roll together a few key themes. Rent burden goes to the heart of the affordability crisis in the city—the notion that people of limited means are being squeezed out—and reflects the interplay between rent and income that underly that crisis. What’s more, says Nancy Rankin, the vice president of policy, research and advocacy at the Community Service Society of New York, the rent burden measure is relevant “because rents eat up a large and increasing share of the meager earnings of low-income New Yorkers, because Bill de Blasio has made increasing affordable housing an explicit goal‎ and because it is something he could influence more than national and global economic forces.”

3. Perceptions. As one expert pointed out, much of de Blasio’s critique of inequality was about “an inequality of lifestyle in the city, which I don’t think is easily measured.” Indeed, the fact that many New Yorkers feel alienated from the city’s success was a key theme in candidate de Blasio’s rhetoric. On one hand, measuring perception is always a risky proposition; people often perceive a much greater personal threat from crime than is accurate. On the other hand, people’s perceptions of whether they feel more or less economically secure would sum up all the different ways inequality affect them in a way that no suite of statistics could. And it would reflect how well de Blasio’s team is doing at communicating about its policy program.“More needs to be done to explore the extent to which people feel that they have access to a range of social opportunities,” the expert says.

4. The poverty (and near-poverty) rate. There’s long been a debate about whether inequality really matters, or whether it’s poverty alone that we should all focus on. So it’s interesting that, to measure a mayor’s progress against inequality, the poverty rate is what at least one scholar thinks we should focus on. The argument for using this measure is that the poor are the ones most harmed by inequality and the people most likely to be affected by government policy. The federal poverty rate has long been recognized as deeply flawed, ignoring the impact of government benefits and differences in the cost of living from one place to another. But the Bloomberg administration created a more realistic measure, and one of the last laws signed by Mayor Bloomberg commits the new mayor to reporting annually on that city measure of the poverty and near-poverty (people living under 150 percent of the poverty line) rate.

Other measures could be handy, too: labor force participation, the racial school achievement gap, the numbers of blacks and Latinos at elite high schools, the number of CUNY community college students transferring to senior colleges.“My recommendation would be for the new mayor to focus on a panel of metrics that illustrate different ways progress can be gauged (and decision-making shaped) in addressing income inequality,” says James Parrott, the deputy director and chief economist of the Fiscal Policy Institute.