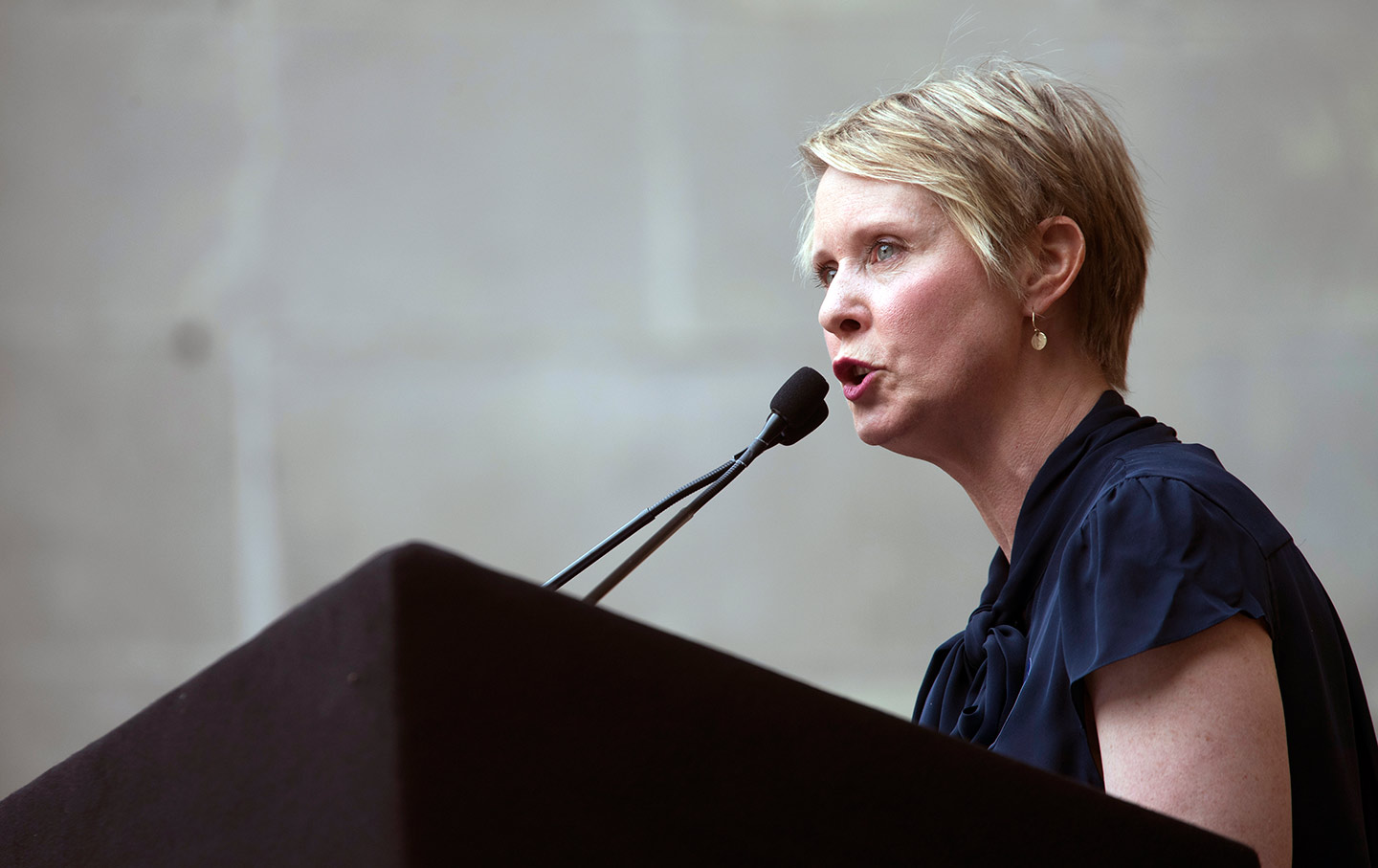 There are many arguments for Cynthia Nixon’s insurgent challenge to New York Governor Andrew Cuomo. But the strongest of these arguments is the most basic one: Nixon wants to make it a whole lot easier to vote in a state where it is still ridiculously burdensome to cast a ballot.

“Our democracy should be a forum where every New Yorker has an equal say and is encouraged to make their voice heard,” declares the Nixon campaign, “but right now too many New Yorkers are silenced by our state’s restrictive voting laws.”

Simply by running, Nixon has renewed and energized the process in a state where too many entrenched and well-funded incumbents face little or no competition. The actor and activist has used her prominence—and her ability to build coalitions—to mount a spirited “David and Goliath” challenge not just to Cuomo but to the political establishment in New York.

Throughout the campaign, Nixon has criticized the governor for failing to take seriously New York’s democracy deficit.

Cuomo, as the son of a former governor who has mounted five statewide campaigns since 2002, knows everything there is to know about elections in the state of New York. No one can, or should, doubt that the governor is well aware that the processes for organizing and running those elections in the state he has led for almost eight years are a mess. This mess contributes to exceptionally low turnout in a state that should be leading the nation when it comes to voter participation. Indeed, as PolitiFact notes, “Election data experts… rank New York state near the bottom of states for voter turnout.”

The evidence of the need for reform is everywhere. New Yorkers must wrestle with chaotic and confusing election scheduling that runs local, state, and federal elections at different times, with barriers to participation for newly engaged and unaffiliated voters who want to participate in “closed primaries,” some of the most extreme voter-registration requirements in the country, and dysfunctional campaign-finance laws that empower incumbents and special-interest donors rather than voters. “New York’s antiquated laws discourage voting and deny citizens the freedom to vote,” explains Common Cause New York, a member of the “Let NY Vote” coalition. “We’re a national leader on many issues, but still have some of the most regressive voting laws in the country.”

Concerns about the difficulty of voting in New York drew the attention of the Democratic National Committee’s Unity Reform Commission at a 2017 session, which featured an extended discussion of the challenges facing young people who get interested in Democratic Party politics. Our Revolution’s Nina Turner complained during that session that “structures like the one in New York are unacceptable, especially when Democrats are in charge.”

“If Republicans were doing this, we would be crying bloody murder,” Turner, a leading voting-rights advocate, told the commission. “I think we need to make it clear that we want a change, and that change has to come even if we have to fight the Democratic Party within the state of New York. [It] is wholly unacceptable that Democrats—who have the power to change this right now, they don’t have to wait until tomorrow, they don’t have to wait until next year, they can do it right now—but yet they continue to allow this process to work because it works for establishment folks within those states and they don’t care about the voters.”

Nixon’s campaign has made the connection between low voter turnout and the need for reform, explaining that “During the highly contested 2016 general election, New York came in 41st in voter turnout. In the 2016 Democratic primaries, New York came in second to last in participation with only Louisiana beating us in turnout. New York’s antiquated voting laws make our state one of the least democratic states in the country.” She argues: “It’s time to end voter suppression in New York State and our Democratic leadership needs to lead the charge. The women, people of color, young people and low-income New Yorkers who make up the base of the Democratic Party are the most disenfranchised under our current system. We should be making it easier to vote, not harder—by introducing simple, critical measures that are being enacted in many states across the country including early voting, automatic voter registration, and changing the draconian deadlines on party registration.”

Nixon’s strikingly detailed voting-rights platform is informed by reform movements nationwide, yet it is focused on the specifics of what needs to be done in New York. She proposes to:

No matter how Nixon finishes on Thursday, the focus she has placed on a “Democracy for All” agenda has been vital. She has offered Democrats an outline for the reforms that are needed. She has pushed Cuomo to talk about these issues and to begin to act on them. And she has given New Yorkers a sense of what it would be like to have a governor who recognizes that the empowerment of voters should be mission critical for progressives in every state.

“Making voting complicated and onerous for working people, as it now is in New York, simply hands over more power to Republicans and the big-money donors they serve,” explains the reform agenda Nixon has outlined, an agenda that gets to the heart of the matter when it declares: “As President Donald Trump and Attorney General Jeff Sessions continue their attacks on voting rights across the country, we in New York need to be doing everything we can to make it easier for people to vote and take control of our democracy.”