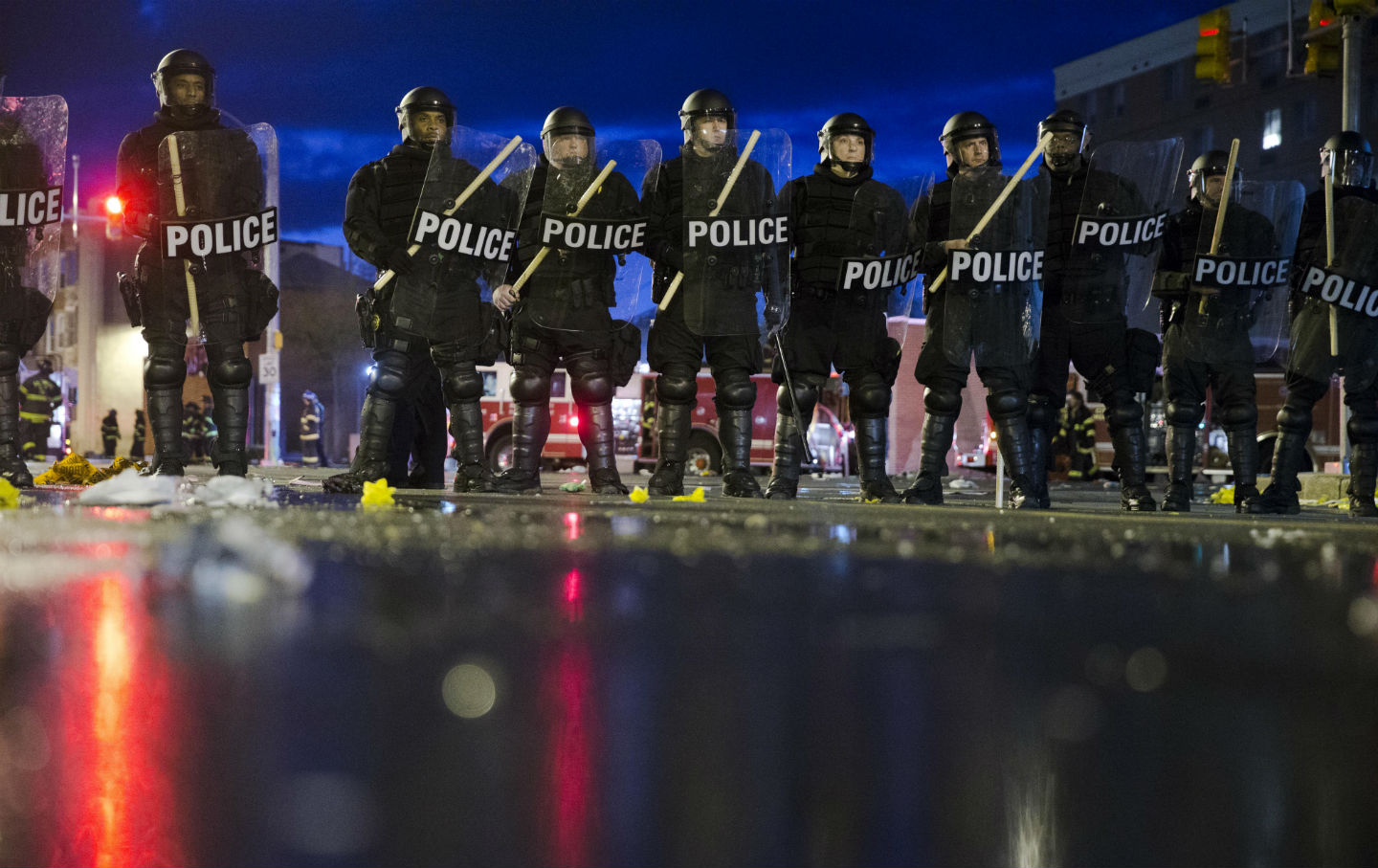 On November 8, more than 130 million Americans turned out to cast their ballots in the presidential election. While a presidential election is a critical moment in a democracy, democracy is a year-round endeavor, not just a quadrennial experiment. And a well-functioning democracy requires transparency about the government’s operations, especially law enforcement. That increasingly means transparency around the use of social media.

Last week, the Brennan Center for Justice released a map showing that 151 police departments, cities, and counties across the country have collectively spent millions of dollars on software enabling them to monitor activity on social media—a number that almost certainly understates both the number of jurisdictions and the amounts expended. These tools allow agencies to mine social-media posts for individuals’ location and other data; Facebook, Twitter, and Instagram even supplied special data feeds to companies that allowed law enforcement to track protests in Baltimore and Ferguson, Missouri.

According to the Brennan Center’s research, big spenders include the Florida Department of Law Enforcement, which spent nearly $200,000 over two and a half years; the County of Los Angeles, which also spent close to $200,000 over three years; and Harris County, Texas, which spent over $150,000 in the same number of years. Only a small fraction of the jurisdictions surveyed have publicly available policies on how to use social media to monitor civilians.

The new revelations are not surprising. In a recent survey conducted by the International Association of Chiefs of Police, over half of the responding law-enforcement agencies reported that they used social media for “listening/monitoring,” and three-quarters for “intelligence.” On the federal side, the Department of Homeland Security, which already monitors social media domestically, recently floated a vague and ill-conceived proposal to request “social media identifiers” from 20 million travelers per year.

One might ask: Who cares? Why does it matter if police detectives or intelligence agents look at what you do on social media, when any other member of the public could do the same thing?

First, what law-enforcement and intelligence agencies can do with social-media-monitoring software often bears little resemblance to what members of the public can do on social media platforms. To be sure, officers may follow individual suspects online—but they can also use powerful proprietary software that purports to leverage big data to predict threats before they happen. Whether or not these services work (and do so non-discriminatorily) is a major question—either way, it is far different from the one-on-one eavesdropping that characterizes most public use of social media.

In addition, most people sharing information with their friends don’t fathom that their data is being shared with law enforcement as well. In a Pew Research Center poll, over 90 percent of American adults surveyed said that it was important to be able to control who saw information about them—that is, privacy should not require total secrecy.

There’s also concern that monitoring could chill activity that is protected by the First Amendment, and may have a particular impact on communities of color. One social-media-monitoring company that serves the law-enforcement market tracked people online using #BlackLivesMatter, #ripmikebrown, #imunarmed, and other protest-related hashtags, while another was used to open a threat assessment on the Oregon Department of Justice’s director of civil rights after he posted tweets containing #BlackLivesMatter and a rap group’s logo. Multiple studies have found that online surveillance chills online speech, and it is not a major leap to suggest that the chilling effect would extend to offline activity as well. Indeed, one company noted that social-media photos it provided could be used to arrest protestors with outstanding warrants directly from a crowd.

As any 15 year old knows, social media is also highly context-dependent. A journalist on the national-security beat may follow a suspected terrorist for her reporting—but how will an automated software program, or an intelligence agency, know that the journalist doesn’t subscribe to the terrorist’s message? The situation is even more fraught for adolescents in areas with gangs, who might need to “like” a picture to keep themselves out of trouble with neighborhood gang members but simultaneously get into trouble with law enforcement; one teen spent 19 months in Rikers Island for appearing in pictures with “crew” members and liking their Facebook posts.

In light of these developments, citizens must demand that elected leaders and police departments be transparent about the social-media-monitoring services they use, the taxpayer money spent on them, and what they do with the data they produce. They should also demand that both the tools and their use be regularly evaluated to ensure that they are not being used discriminatorily or to target political dissidents. This sunshine is critical to ensuring that their use is in line with community and constitutional values.