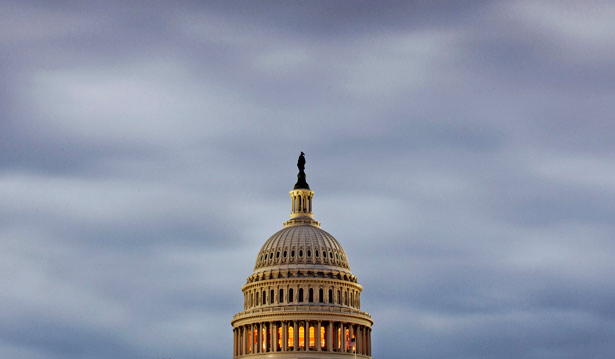 In a Washington paralyzed by partisan division, there is apparently one area of bipartisan agreement: Congress should ignore its constitutional mandate to vote on war with the Islamic State, a conflict that President Obama admits will take years.

The president says he’d “welcome” congressional support but doesn’t need it. Democratic leaders Rep. Nancy Pelosi (CA) and Sen. Harry Reid (NV) agree. Republican House Speaker John Boehner (OH) argues Congress should postpone any debate until next year. He allows it might be in the “nation’s interest” for members of Congress to weigh in, but it certainly isn’t an imperative. The leaders of Congress treat their own body as vestigial, offering little beyond symbolic gesture on the vital question of war and peace.

This bipartisan consensus about expanding the executive’s war-making powers directly contradicts the Constitution of the United States. The founders gave Congress, not the president, the power to declare war. Their purpose was clear. War was the instrument by which kings and dictators consolidated power and impoverished nations. They feared that the executive by its nature was more given to war. James Wilson, a delegate to the Constitutional Convention, summarized the consensus: Giving the power to Congress “will not hurry us into war; it is calculated to guard against it. It will not be in the power of a single man, or a single body of men, to involve us in such distress.”