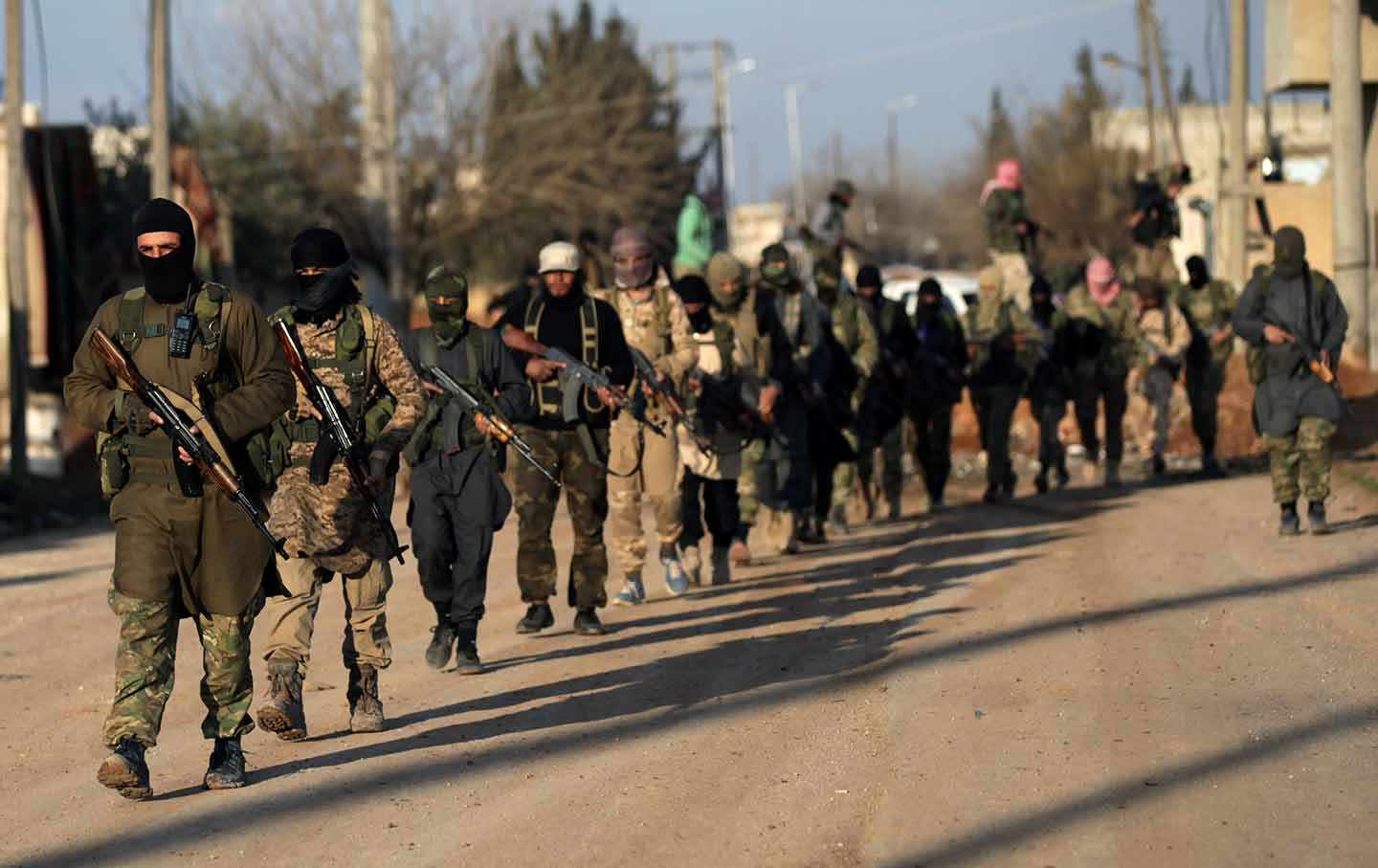 During the 2016 GOP presidential primaries and on through to the end of last year’s general election campaign, candidate Donald J. Trump repeatedly derided the fact that the United States had spent upward of $6 trillion dollars on wars in the Middle East because we, in his words, “have nothing to show for it.” One might then have reasonably expected Trump to begin the process of unwinding our overstretched positions in the region when he became president.

On March 9, The New York Times reported that the United States is sending 400 troops to Syria to bolster the small number of American troops that are already on the ground there. A week later, March 15, The Washington Post reported that the Pentagon has drawn up plans to send a 1,000 more troops within the coming weeks. Meanwhile, in anticipation of the coming (and perhaps final) stages of the operation against the Islamic State, the administration has decided to send “an additional 2,500 ground combat troops to a staging base in Kuwait from which they could be called upon to back up coalition forces battling the Islamic State in Iraq and Syria.”

The administration, in keeping with Obama and Bush administration policy, is still relying on the 2001 Authorization for Use of Military Force (AUMF) as legal justification for the use of force in Syria. But as Slate’s Joshua Keating has pointed out, the 2001 AUMF “specifically applied to the perpetrators of 9/11 (al-Qaida) and those that harbored them (the then-Taliban-controlled government of Afghanistan).” There is nothing in the language of the AUMF that authorizes military operations in Syria.

And once again, an administration is embarking on a military intervention in the absence of virtually any debate. Micah Zenko of the Council on Foreign Relations tweeted that he found it “Truly amazing that nobody in DC cares about the US troop increase and mission expansion in Syria.”

Well, not quite nobody.

On Tuesday afternoon, members of the House Progressive Caucus gathered on Capitol Hill to announce their support for HR 1473, the “Prohibit Expansion of US Combat Troops into Syria Act.” The bill, which was introduced by California Democrat Barbara Lee, seeks to “prohibit the deployment of members of the Armed Forces to Syria for purposes of engaging in ground combat operations, and for other purposes.”

According to Congresswoman Lee, “For over a decade, the executive branch has waged endless war in the Middle East with no meaningful oversight from Congress. President Trump’s decision to drag us deeper into this quagmire, without any debate or vote in Congress, endangers our troops and our long-term national security.”

California Democrat Ted Lieu, an Iraq war veteran, told reporters that the administration’s decision to send 400 combat troops in to Syria represents “an escalation of the mission.” Lieu, like Lee and the bill’s 25 co-sponsors, believes that “only Congress has the power to declare war” and, as Minnesota Congressman Richard Nolan pointed out, to allow this latest escalation of the “endless wars of choice in the Middle East” in the absence of congressional debate would represent “a failure of the Congress of the United States to honor its scared obligations.”

This is only too true. That Congress has abdicated its responsibilities over the fundamental questions of war and peace is, by now, an old story. One way to revitalize the congressional prerogative would be for Congress to pass a “No Presidential Wars” resolution such as that now being proposed by the bipartisan, anti-interventionist Committee for the Republic. Such a resolution would prohibit the president from “initiating wars against state or non-state actors without prior congressional declarations under Article I, section 8, clause 11 (Declare War Clause) by which Congress itself decides to take the United States from a condition of peace to a condition of war against an identified enemy.”

In addition, a pair of bills that are working their way through Congress deserve mention. In early March, Kentucky Senator Rand Paul introduced a bill into the Senate—S 532, the Stop Arming Terrorists Act, the companion bill to House member Tulsi Gabbard’s legislation—that would prohibit “the use of federal agency funds to provide covered assistance to: (1) Al Qaeda, Jabhat Fateh al-Sham, the Islamic State of Iraq and the Levant (ISIL), or any individual or group that is affiliated with, associated with, cooperating with, or adherents to such groups.”

Taken together, these three bills represent a burgeoning congressional opposition to the reckless, needless, and counterproductive wars of choice the United States has been waging in the Middle East for much of the past 15 years. Progressives, anti-interventionist Republicans, independents, and Democrats should consider calling their congressional representatives and voice support for HR 1473, HR 608 and S 532 and oppose Trump’s escalation of the war on Syria.